A TikTok video that was shared as Russia began its assault on Ukraine quickly accumulated comments from those who believed they were seeing the invasion happen in real-time.

In the video, three soldiers are shown parachuting over fields. The video has no caption and does not include any text that would suggest when or where it was taken. The person making the video is heard speaking in a language other than English. The video was shared in the early morning on Feb. 24 leading many to believe it depicted the current Russian attack on Ukraine.

"Bro is recording an invasion," said one commenter.

One comment with thousands of likes said: "I can't believe I’m watching a war on tiktok."

TikTok identified this video as part of its efforts to counter inauthentic, misleading or false content. (Read more about PolitiFact's partnership with TikTok.)

The video, which had been liked nearly 2 million times as of Feb. 24, is not of the Russian invasion.

It is more than five years old, shared on Instagram Aug. 25, 2015. The TikTok and Instagram accounts that posted the video have the same username. 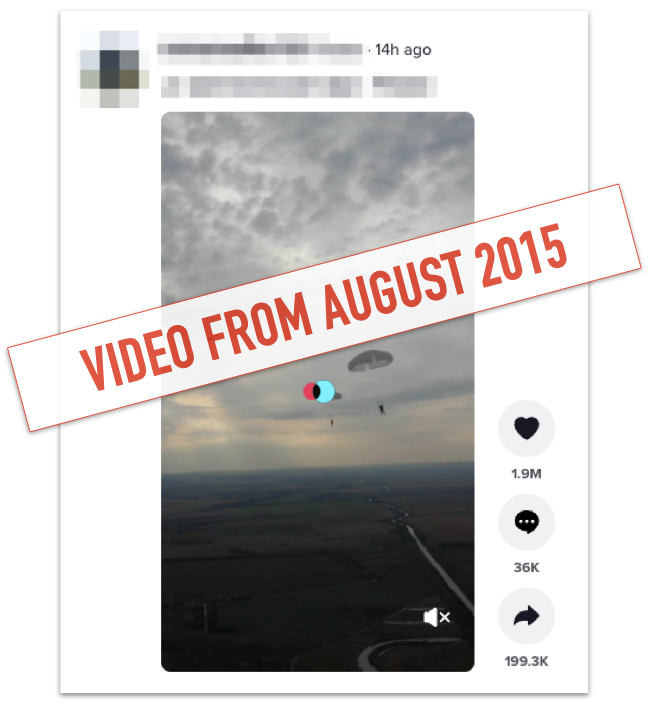 NBC News said the video depicts a training exercise, but did not specify where it happened.

TikTok removed the video, but not before others shared it — sometimes with claims that it depicted the Ukraine invasion, as one journalist pointed out on Twitter.