Tweets
stated on July 9, 2022 in a Twitter post:
There are no artifacts to prove that slave ships existed.

A team of researchers assess a piece of timber pulled from the sunken wreckage of the Clotilda, the last known slave ship to transport kidnapped enslaved people from Benin, West Africa, to Mobile, Alabama. (AP)

Social media users called into question a massive portion of American history, wondering whether there was evidence to prove its existence.

"Have you ever seen an actual slave ship? I’ve seen all kinds of artifacts, but never a slave ship, have y’all?" a Twitter user asked.

"S--- not real," someone else responded. "I’m starting to believe the transatlantic slave trade is a fake story."

The Twitter user who first posed the question posted a screenshot of the exchange to Instagram, which has since been taken down. The post was flagged as part of Facebook’s efforts to combat false news and misinformation on its News Feed. (Read more about our partnership with Facebook.)

There’s more than 400 years’ worth of evidence that slave ships and the slave trade itself, existed.

Remains of the Clotilda, the last known ship that transported kidnapped slaves from Benin, West Africa, to the United States, were found in Alabama’s Mobile River in May 2019.

The Alabama Historical Commission led the research to verify that the ship was indeed the Clotilda, which illegally transported 110 people to the state in 1860 — 50 years after the U.S. banned the importation of slaves. The emancipation of Black people in the United States was not recognized until 1865.

"Co-conspirators, Timothy Meaher and Captain William Foster made an effort to evade authorities and destroy evidence of their criminal voyage by sinking, burning, and abandoning the vessel and then dividing the kidnapped Africans among their captors, where they remained in slavery until the end of the Civil War," the Alabama Historical Commission wrote on its website.

To keep the pieces of the ship intact, the Clotilda remains at the river’s bottom. NPR reported that commission researchers are working to determine whether it’s possible to raise the vessel without destroying it. In the meantime, the commission has published images and gathered pieces from the wreckage to prove its location and existence. 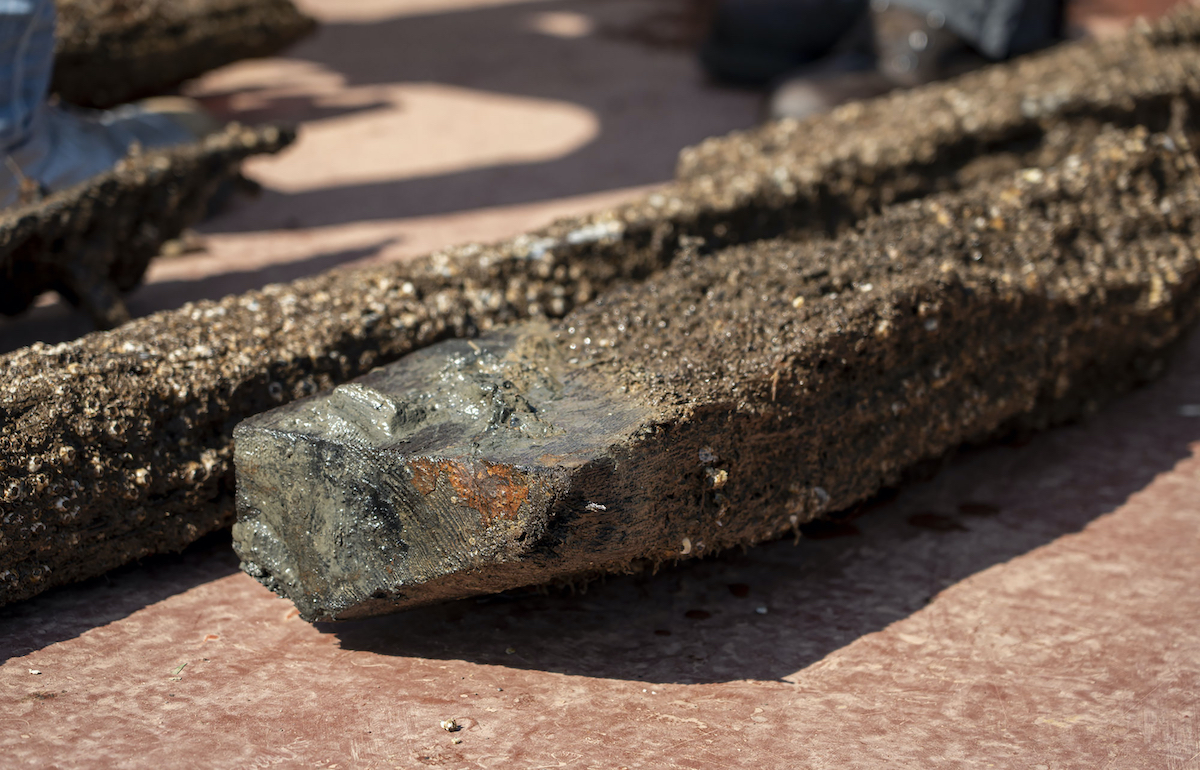 Researchers recovered timbers from the wreckage of The Clotilda, May 4, 2022. (AP)

PolitiFact contacted the Smithsonian’s National Museum of African American History and Culture to respond to the claim. A museum spokesperson pointed to the Slave Wrecks Project, a collaborative, international initiative between organizations in America, Africa and the Carribean to research and study the global slave trade "particularly through the lens of slave shipwrecks."

The project combines "maritime and historical archaeology, history and anthropology" to research the international slave trade. National Geographic provided an intricate look at the project’s work to dive for and research historical maritime sites of wreckage.

In total, 12.5 million enslaved people were brought to the United States.

There is overwhelming evidence, including wreckage from slave ship sites, to prove that slave ships and transatlantic slave trading existed.