As news networks report on Russia’s invasion of Ukraine, one particular video clip prompted conspiracy claims about the authenticity of the reports.

Social media users on Facebook questioned if a shot up car was really in Ukraine, pointing to video that showed it had a window decal that looked like a West Virginia inspection sticker.

"I don't care what side you are on, because it is happening on both sides. This is why America has no trust in the media. A West Virginia inspection sticker on an Uber in ‘Ukraine’", said a March 13 Facebook post.

"How did a car from WV end up in Ukraine on NBC News," another post said.

Captain R.A. Maddy of the West Virginia State Police confirmed that the sticker was an inspection decal that expired in September 2021. But that doesn’t mean that the car itself wasn’t in Ukraine. Here’s the evidence.

The origins of the video

The video of the car can be traced back to a March 13 NBC Nightly News report about the shooting of journalist and documentary filmmaker Brent Renaud, who was in Ukraine with colleague Juan Arrendondo to cover the war. As the report described the danger in Ukraine, it showed several vehicles that had been burned or shot up, including the car in question. The report gave a larger picture of the vehicle, showing that it was an Uber vehicle with what appeared to be Ukrainian text along the side. 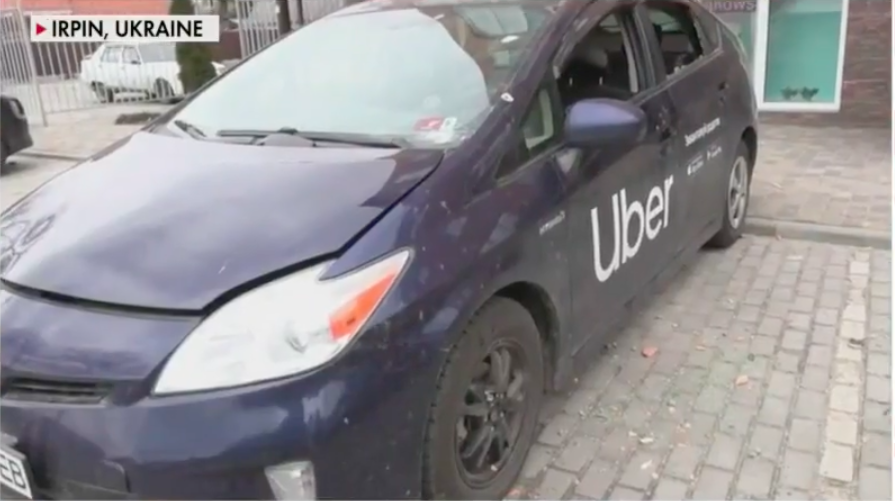 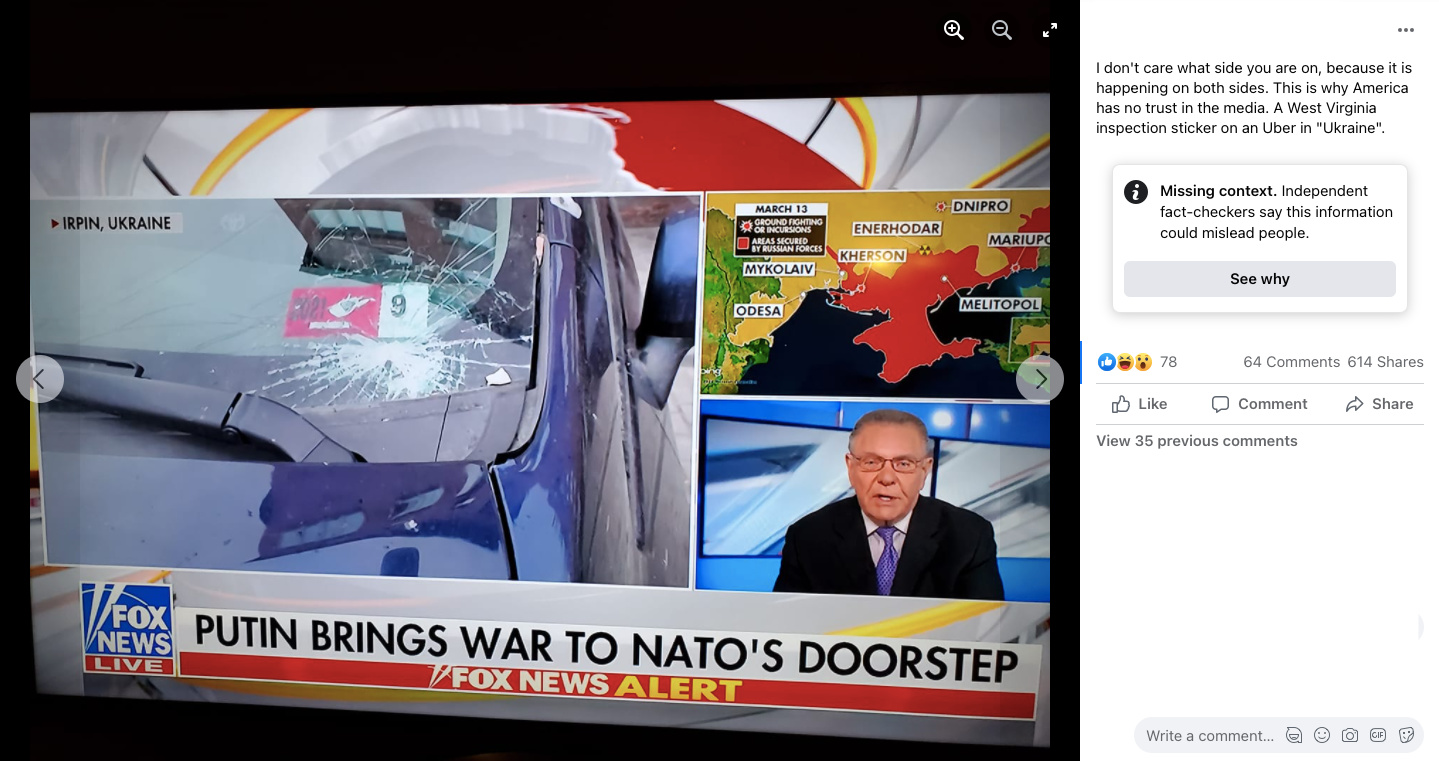 Top: Screenshot of vehicle from a March 14, 2022 Fox News report. Bottom: A screenshot of a Facebook user’s claim. While news reports showed the full side of the car, which had an Uber logo and what appears to be Ukrainian print, the Facebook posts only provided a view of the car’s decal sticker.

It’s not clear if the car in the Facebook posts was the one that Renaud and Arrendondo were attacked in. We reached out to Uber, but did not receive a response.

NBC has since taken down their report, due to fair usage rights. "We shared the video during the allotted time period that is customary for some fair usage videos," the NBC spokesperson said.

Other news sites, including Fox News, have also aired the clip with the Uber car.

It’s feasible for the car to have been moved from the U.S. to Ukraine, said Robin Grove, CEO of Classic Automotive Relocation Services (CARS) USA, a company that ships classic and high-end vehicles across the globe.

"U.S. rules and laws are that U.S. cars with titles may be exported as long as they are not stolen," Grove said, pointing to the U.S. Customs and Border Protection’s rules on exporting a motor vehicle. "They are allowed to ship to any country that is not on the sanction list as long as governmental protocols are adhered to."

Ukraine doesn’t fall on that list of sanctions, so it’s possible for a vehicle to have been shipped there.

A Facebook post claimed that "a West Virginia inspection sticker on an Uber" proves the car was not in Ukraine.

It's not uncommon for cars to be exported from the U.S. to other countries, including Ukraine.

Fox News, Biden allowing Putin to impose his will on US, says military expert, March 14, 2022