USA Freedom Fund
stated on May 11, 2022 in an attack ad:
“Kathy Barnette wants to build a statue of Barack Obama right next to the one of Abraham Lincoln on Capitol Hill."

Kathy Barnette, a Republican candidate for U.S. Senate in Pennsylvania, poses with attendees at a forum in Newtown, Pa., Wednesday, May 11, 2022. (AP)

Pennsylvania Republican Kathy Barnette’s surge in the race for the U.S. Senate GOP nomination means she’s become a target of criticism from some corners of the Republican Party. USA Freedom Fund, a super PAC with links to Rep. Jim Jordan, R-Ohio, released an ad that cast Barnette as a fan of former President Barack Obama.

Here’s what the ad said:

"Remember when Barack Obama called us bitter, saying in Pennsylvania, we cling to guns or religion or dislike people who aren't like us? Remember how that made you feel? One candidate for Senate doesn't care. In fact, Kathy Barnette wants to build a statue of Barack Obama right next to the one of Abraham Lincoln on Capitol Hill in Washington. Kathy Barnette — woke Republican. Out of touch with Pennsylvania."

Barnette did propose adding a statue of Obama. But that statement alone misses the context that she never supported Obama or his policies. The attack ad seems to suggest otherwise.

The spot in Washington, D.C.’s Capitol Hill neighborhood that the ad refers to is Lincoln Park, about a mile east of the Capitol Building. In the middle of the broad, grassy area sits the Emancipation Memorial, a statue that shows Lincoln standing as a formerly enslaved person rises up from a kneeling position. The statue was paid for through a fundraising effort organized by an emancipated woman. 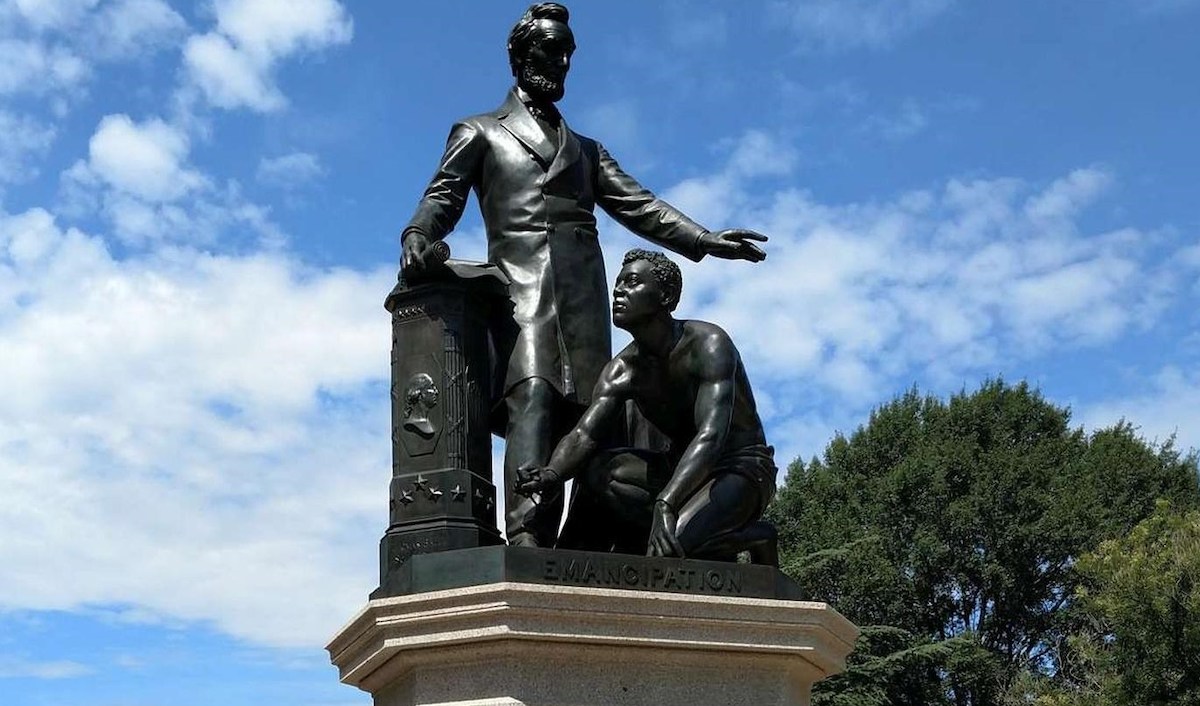 The writer and civil rights leader Frederick Douglass gave the keynote speech at the memorial’s dedication in April 1876.

In 2020, during the removal of statues of historic figures who had owned slaves or were tied to the slave trade, Barnette launched an online petition to add two statues on either side of the Emancipation Memorial. One would be of the Obama family, and the other of Douglass.

"We suggest the new statue be positioned so that the freed slave of the Emancipation Memorial Statue appears to be looking towards the First Family," Barnette wrote in the petition. "This will serve as an example of how far we have come as a nation and how we stand today on the shoulders of those who have come before us. "

Asked on a Philadelphia radio show about her plan, Barnette acknowledged that she did so, and explained her intent.

"You have a former slave, Frederick Douglass, looking at a slave that’s rising from slavery, because he’s emancipated by Lincoln," Barnette said May 12 on "The Chris Stigall Show." "And you have that slave looking into the future of where this nation will be."

Asked if she supported Obama, Barnette said, "No."

"I did not vote for Obama either term," she said. "I looked at who he was, and it did not align with where I am, and what I want for this country."

In 2016, after seven Iranians were freed in a prisoner swap, Barnette tweeted, "Don't we get it? Obama is a Muslim!"

A super PAC claimed "Kathy Barnette wants to build a statue of Barack Obama right next to the one of Abraham Lincoln on Capitol Hill."

Barnette said she did propose a statue of Obama and his family, but she never voted for him, or backed his policies. Her idea was to use three statues to show how far Black people have come since the time of slavery.

The statement is accurate but needs clarification. We rate this claim Mostly True.