Social Media
stated on August 30, 2022 in social media posts:
In New York, you need to show identification to buy whipped cream, but not to vote.

Ice cream? Check. Hot fudge? Check. Whipped cream … wait, people need IDs for that in New York state? Well, no. And New York state voters mostly won’t need IDs at the polls, either, but they will need them to register to vote.

An inaccurate claim that a new law in New York requires shoppers to show identification to purchase whipped cream has spread on social media. Some posters have paired that with a different misleading claim, that identification isn’t necessary to vote in the Empire State.

First, the whipped cream. News surfaced recently that some Empire State stores, such as a Stewart’s Shop in Albany County, began requiring identification for people younger than 21 to buy cans of whipped cream because of a new law meant to curb youth abuse of the nitrous oxide contained in "whippets" or "whip-its." 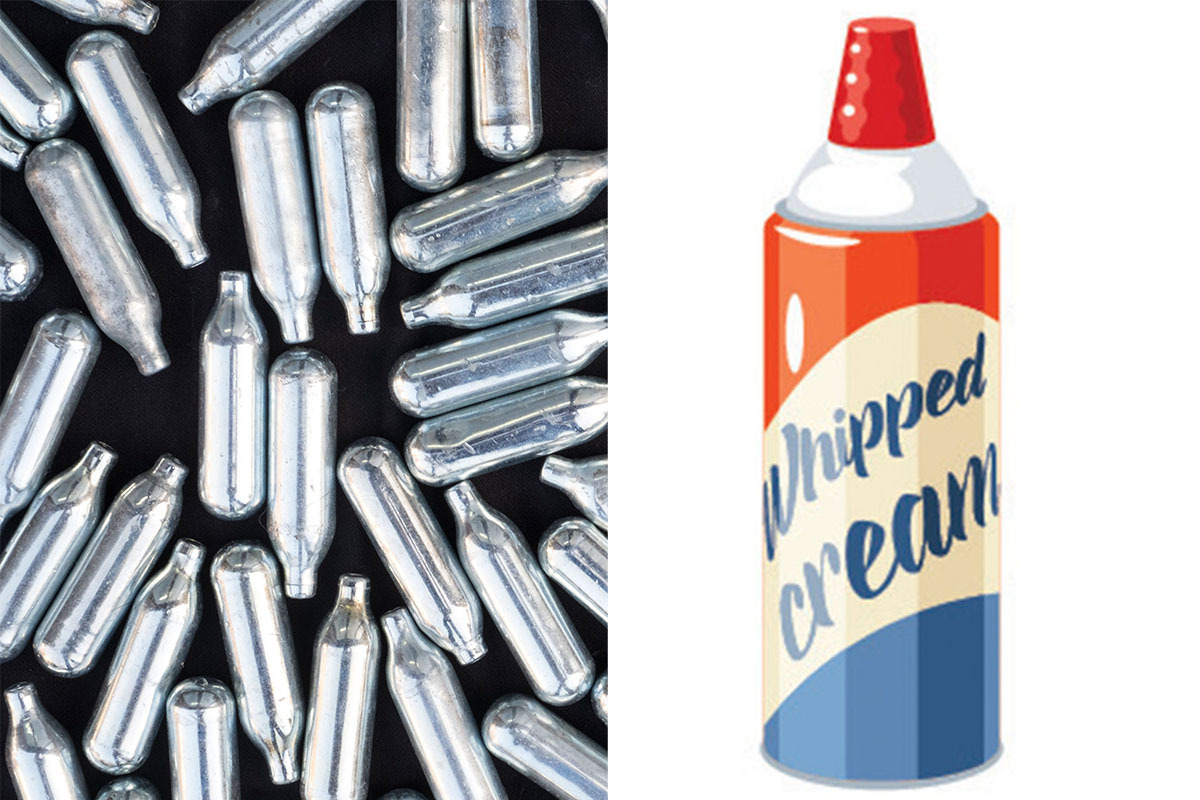 Nitrous oxide, or laughing gas, can be inhaled to create a quick high, but is dangerous and addictive. The Alcohol and Drug Foundation said nitrous oxide, often used as a medical sedative, can cause fainting, heart attack, blood pressure loss and death; prolonged use can cause depression and psychosis.

The law took effect Nov. 25, and carries a fine for retailers of $250 for an initial offense, then $500 for subsequent offenses. The law states its aim is preventing the sale of whipped cream chargers — nitrous oxide-filled steel cylinders or cartridges used as whipping agents in whipped cream dispensers — to anyone under 21.

"This law will help to protect our youth from the dangers of this lethal chemical, while helping to clean up our neighborhoods," state Sen. Joe Addabbo Jr., D-Queens, who sponsored the bill that became law, said in October.

Confusion about the law spread. News outlets reported that the sale of canned whipped cream was banned in New York to people younger than 21 because of the law. A reporter with the Albany Times-Union tried to buy whipped cream in a Hannaford supermarket and found that ID was required at a self-checkout, although no ID was required at the self-checkout at a Price Chopper supermarket.

But Addabbo said this week the measure is meant to restrict chargers, which are smaller containers of nitrous oxide that are sold in bulk, sometimes 24 chargers or more to a box, not whipped cream canisters.

"Anyone can buy as many Reddi-wip cans as they want," Addabbo said Aug. 30.

Kent Sopris, president of the New York Association of Convenience Stores, a nonprofit trade group, said Aug. 31 that he would instruct his members not to require identification for whipped cream sales after Addabbo issued an emailed statement clarifying the law’s intent.

Now, for elections. In most instances, New York state voters are not asked for identification when they arrive at a polling place, but context is needed.

To register to vote in New York, prospective voters must present some form of identification. If their identity cannot be verified by the Board of Elections in time for Election Day, voters will be asked to provide identification at the polls. The state accepts a driver’s license or a nondriver’s government-issued identification card, or the last four digits of the voter’s Social Security number. The board also accepts a valid photo ID, utility bills, paychecks, bank statements or a government check or government mail with the voter’s name and address.

But voters whose identity could not be verified before an election aren’t turned away if they lack ID at the polling place. These voters are asked to fill out an affidavit ballot, sometimes called a provisional ballot. This Board of Elections or a judge can decide not to count the ballots if the person who filled it out is later deemed ineligible to vote.

Identification is not necessary to purchase cans of whipped cream. Some stores misinterpreted a new law meant to curb young adults’ abuse of nitrous oxide via whipped cream chargers — not whipped cream cans — and required an ID. Further communication from the bill’s sponsor has cleared the confusion.

Eric Adams
stated on January 7, 2023 a radio interview:
“Fifty-one percent of our taxes are paid by 2% of New Yorkers.”