Instagram posts
stated on September 12, 2022 in an image:
“No plane debris was found at the Pentagon.”

First responders salute as a U.S. flag is unfurled at the Pentagon in Washington, Sept. 11, 2022 (AP)

A Sept. 12 Instagram post shared a photo of the Pentagon after it had been struck in 2001, along with the words: "Never forget no plane debris was found at the Pentagon." The post also said, "There is no CCTV footage & trillions went missing from the budget."

The claim is unfounded. FBI photographs of the Pentagon from that day show the remnants of the American Airlines plane that flew into the building. It is among numerous conspiracy theories and false claims that have proliferated in the 21 years since the Sept. 11, 2001, terrorist attacks. 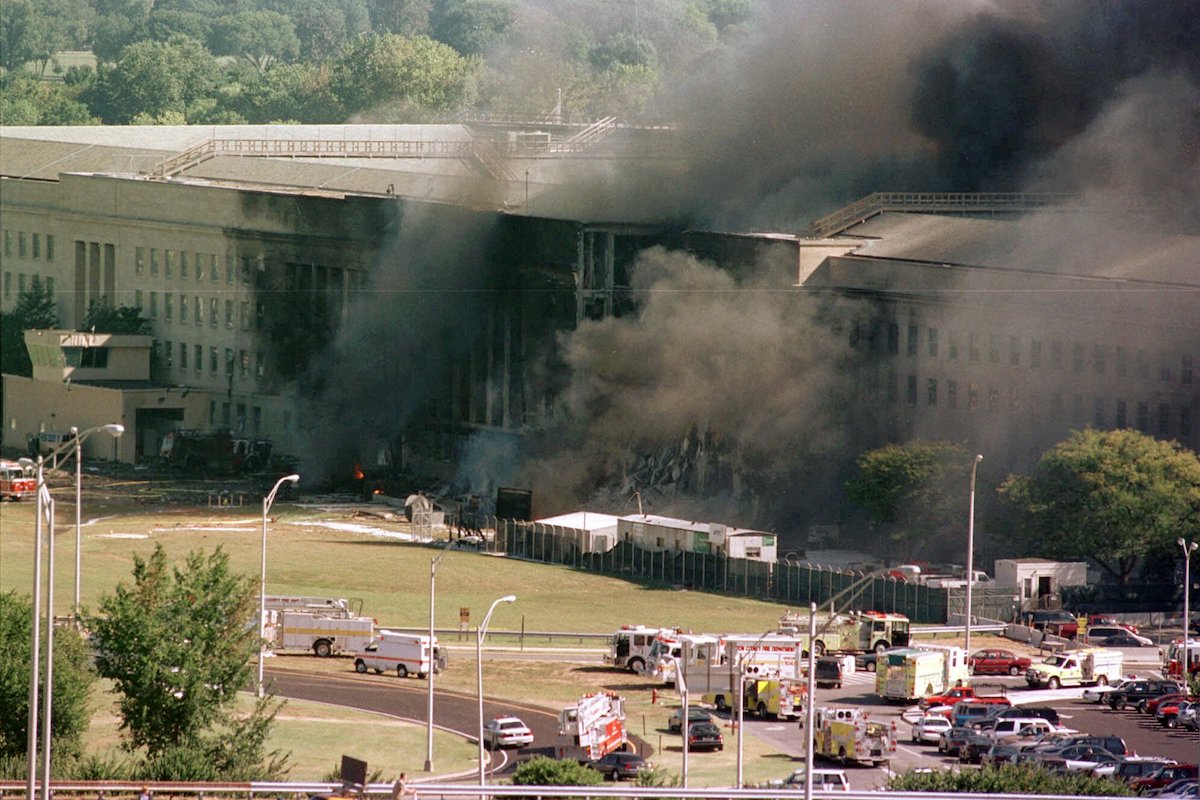 The Pentagon was the third building hit during the attacks. The twin towers of the previous World Trade Center in New York City were hit just hours before. And a fourth plane that was en route to another target in Washington, D.C., crashed into a field near Shanksville, Pennsylvania, after its passengers overtook the hijackers.

Deaths at the Pentagon that day numbered 184; nearly 3,000 died in total during the entire attack.

The second part of the claim — that there is no closed-caption TV footage and trillions went missing from the budget — also has been debunked by The Associated Press.

There are photos of plane debris from the Pentagon on 9/11; we rate the claim that there was no plane debris Pants on Fire!