The day after a mass shooting left at least 11 people dead in Monterey Park, California, two social media posts used an old photo to give the false impression that another attack had just occurred in New York City.

"New York is bombed. At this moment there are many injured," read the caption on a Jan. 22 Instagram post. It included an image of a New York street filled with dozens of police officers, firefighters and other first responders, as well as multiple emergency vehicles.

A second Instagram post shared the same day displayed the same image and similar phrasing, this time saying that "New York is in trouble" and that many people are injured.

Both posts said that "Facebook banned the video as soon as it was posted," and encouraged followers to go to Telegram to view it by joining the link in their bio.

But there is no evidence that any bombing or large-scale attack took place in New York City over the weekend of Jan. 20 to 22. The New York Police Department did not immediately return a request for comment, but there are no statements or press releases on the NYPD website about an attack, and the department’s social media accounts did not mention any, either. We also did not find any news reports of any such incidents.

The photo shared in the Instagram posts matches a news photo taken Dec. 11, 2017, when police say a man set off a pipe bomb in an underground tunnel near a Times Square subway station, according to media reports. Details in the photo match those in one that was taken by Andres Kudacki and distributed by the Associated Press. 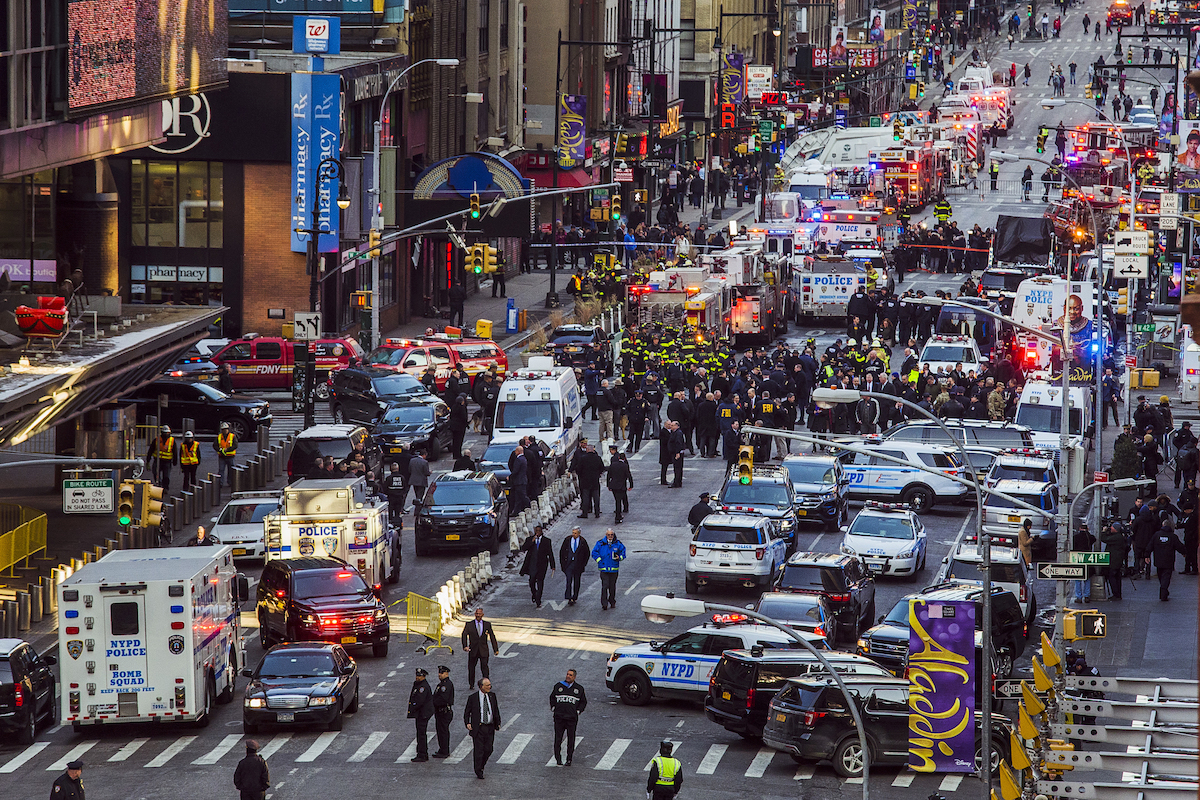 The pipebomb failed to fully detonate and no one was killed in the attack, The New York Times reported at the time. One person suffered shrapnel wounds and two others had hearing loss as a result of the blast, the Department of Justice said. Akayed Ullah was convicted on federal terrorism charges in 2018 and sentenced to life in prison in 2021, the AP reported.

We found no evidence a bomb attack took place in New York City on Jan. 22, and the photo in Instagram posts making the claim is from 2017.  We rate the claim Pants on Fire!

The U.S. Department of Justice, "Man Sentenced to Life in Prison for ISIS-inspired Bombing in New York City Subway Station in 2017," April 22, 2021