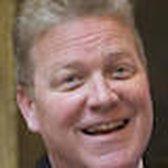 Bill Stanley, R-Franklin County, was first elected to the Virgina Senate in 2010. He represents the 20th District in Southside Virginia. Born in Milton, Fla., he has lived in Virginia since 1983. Stanley holds a bachelor's degree from Hampden-Sydney College and a law degree from the District of Columbia School of Law. He is majority whip in the state Senate.