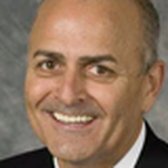 Bob Tiernan was elected as chairman of the Oregon Republican Party in January 2009. He served in the Oregon House from 193 to 1997. He was sponsor of three Oregon ballot measures: Measure 11, mandatory sentences; Measure 8, pension reform; and Measure 17, prison work. He is president of  Tiernan and Associates and owner of  the new PayLess Drug. Tiernan has a bachelor's degree from Oregon State University, a law degree from Seattle University School of Law and an  LLM from Georgetown University Law School.