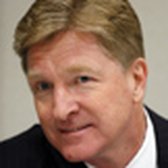 Brian J. Moran was named the public safety secretary for incoming Gov. Terry McAuliffe. Moran was a member of the Virginia House of Delegates from 1996 until 2008, representing Alexandria. He ran unsuccessfully for the Democratic gubernatorial nomination in 2009, losing to state Sen. Creigh Deeds. Moran was elected chairman of the Democratic Party of Virginia in late 2010. Moran was born in Nantick, Mass. He attended Framingham State University in Massachusetts and later earned a law degree from The Catholic University of America, Washington, D.C., in 1988.