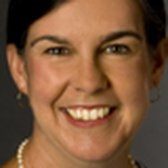 Catherine Taylor is a Republican who made an unsuccessful run for lieutenant governor in Rhode Island in 2014. Taylor, who also ran unsuccessfully for secretary of state in 2010, is a former speechwriter for Sens. John and Lincoln Chafee, and served as director of the Rhode Island Division of Elderly Affairs.