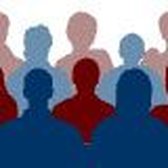 Concerned Taxpayers of America has been running ads against Oregon's 4th District Rep. Peter DeFazio. It receives some of its money from the co-CEO of one of the world's largest hedge funds, Robert Mercer, who heads Renaissance Technologies of Setauket, N.Y., along with Peter Brown. The Washington Post reported the group's only other donor was Daniel G. Schuster Inc., a concrete firm in Owings Mills, Md., which gave two donations totaling $300,000