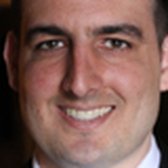 Cormick Lynch made an unsuccessful run for U.S. Congress in the 1st District as a Republican in 2014. He grew up in South Kingstown, R.I., and enlisted in the U.S. Marines at age 19. He served in Iraq as part of Operation Iraqi Freedom. He subsequently worked as an East Providence firefighter and earned a bachelor's degree in finance from the University of Delaware. Until 2013, he worked as a private equity analyst with JP Morgan.