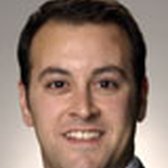 David Englin, a Democrat, represented the parts of Alexandria and Arlington and Fairfax counties in the Virginia House of Delegates from 2005 to 2012. He resigned after acknowledging an extramarital affair. Englin was born and reared on military bases overseas, where his mother, a single parent, taught elementary school special education in the Department of Defense public school system. He earned a B.S. in history from the U.S. Air Force Academy and an M.A. in public policy from Harvard University. Englin served in the U.S. Air Force from 1992 to 2004. He is a principal at Englin Consulting, a communications and advocacy firm his wife, Shayna, founded in 2006.