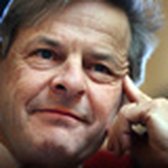 David Toscano, D-57th, is the minority leader of the Virginia House of Delegates. The district includes Charlottesville and part of Albemarle county. He was elected to the house in 2005 and became minority leader in 2011. He sits on the Transportation, Courts of Justice and Science and Technology committees. He previously served on the Charlottesville City Council from 1990 to 2002 and was mayor in 1994-96. Toscano was born in Syracuse, N.Y. Toscano received a bachelor’s degree from Colgate University, Hamilton, N.Y., in 1972, a doctorate in sociology from Boston College in 1979, and a law degree from the University of Virginia in 1986. His law practice in Charlottesville specializes in family matters. He has taught political science and sociology at several universities.