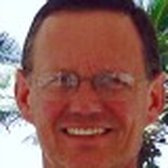 Dean Wright of Austin is founder and president of New Revolution Now, which describes itself as a party-agnostic organization created to harness  the "core conservative values of mainstream  Americans to elect the state and U.S. congressional representatives who will return  the country to its founding values of limited government, low taxation, states rights and constitutional constructionism."