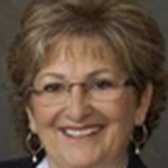 The former Tennessee state legislator was elected to Congress in the Republican wave of 2010. She lives in a suburb of Nashville, Gallatin, and represents the state's 6th Congressional District, which encompasses areas north, east and south of Nashville. She has worked as both an emergency-room nurse and long-term care nurse, is married to a doctor and advocates for what she calls "market based" health-care reform.