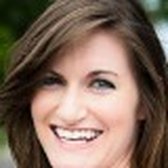 Jeannette Vaught received her BA in English from Vassar College in 2005 and her MA in American Studies from UT in 2009. She is finishing a PhD in American Studies and graduating May 2015. Her dissertation, “Science, Animals, and Profit-Making in the American Rodeo Arena,” documents the scientific enhancement of animals in rodeo and the beef industry from 1965 to the present. While these scientifically created animals transformed rodeo into a modern spectacle and transformed beef into a more efficient consumer product, they also helped to redefine a powerfully gendered conception of "traditional" western culture that helped nationalize western conservative politics into the twenty-first century.  She is currently teaching an undergraduate seminar, The Cowboy Mystique in American Culture, in which the class examines the figure of the American cowboy as a way to better understand changes in gender, race, power, and global politics over the twentieth century in the United States.