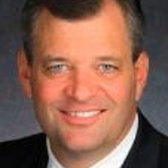 Jeff Jensen was nominated by President Donald Trump on July 14, 2017, and confirmed by the U.S. Senate on Oct. 4, 2017.  He took the oath of office on October 6, 2017. Jensen graduated from the Indiana University School of Business before becoming a CPA for PricewaterhouseCoopers. He then became an FBI agent for 10 years and graduated from the St. Louis University School of Law. Jensen served another 10 years as an Assistant U.S. Attorney before going into private practice in 2009.