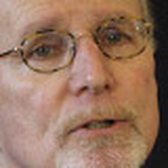 Kevin P. Reilly began his tenure as the sixth president of the University of Wisconsin System on September 1, 2004. Reilly served as Chancellor of UW-Extension from July 2000 through August 2004. He was Provost and Vice Chancellor of Extension from 1996 to 2000. A native of New York City, Reilly came to Wisconsin from the State University of New York System, where he was Associate Provost for Academic Programs and then Secretary of the University.