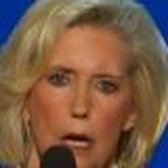 Lilly Ledbetter is a former supervisor at a Goodyear tire plant in Alabama, who sued the company after discovering before her 1998 retirement that, for years, she was paid less than her male counterparts. A jury awarded Ledbetter more than $3 million. But the Supreme Court overturned that judgment, ruling 5-4 that a 180-day statute of limitation had started from the first instance of discrimination, meaning that her suit about more than a decade of discrimination was untimely. Congress took up Ledbetter's cause, drafting legislation that would reset the clock with each paycheck affected by the discriminatory decision. In one of his first acts as president, Obama signed the legislation in 2009.