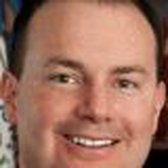 Lee graduated from Brigham Young University with a Bachelor of Science in Political Science, and served as BYU's Student Body President in his senior year. He graduated from BYU's Law School in 1997 and went on to serve as law clerk to Judge Dee Benson of the U.S. District Court for the District of Utah, and then with future Supreme Court Justice Judge Samuel A. Alito, Jr. on the U.S. Court of Appeals for the Third Circuit. Lee spent several years as an attorney with the law firm Sidley & Austin specializing in appellate and Supreme Court litigation, and then served as an Assistant U.S. Attorney in Salt Lake City arguing cases before the U.S. Court of Appeals for the Tenth Circuit. Lee served the state of Utah as Governor Jon Huntsman's General Counsel. He was elected to the Senate in 2010.