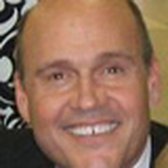 Paul Hirschbiel was the 2012 Democratic nominee for Virginia's 2nd District congressional seat held by Republican Scott Rigell. Hirschbiel, a venture capitalist, is the owner and president of  Eden Capital, a Virginia Beach-based firm focusing on both for-profit and not-for-profit consulting and investing. He was a founder of a venture capital firm currently known as Cornerstone Equity, which focuses on microcomputer, retail and consumer products. The company was an early investor in Dell Computer and Hirschbiel was a member of Dell's board of directors. Hirschbiel grew up in Norfolk. He earned his B.A. and M.B.A. degrees from the University of North Carolina at Chapel Hill. Hisrscbiel lives in Virginia Beach with his wife, Susan. They have two children.