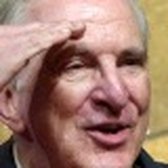 Sam Johnson, a Plano Republican, entered elected office after a career in the Air Force that included many combat missions and nearly seven years as a POW. Johnson, a former Texas House member, won election to the U.S. House in 1991. He announced in 2017 that he won't seek another term in 2018.