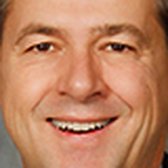 Steve Bullock is governor of Montana. Bullock was elected governor in 2012 and was ree-lected in 2016. From 2009 to 2013, Bullock served as attorney general of Montana. He received a bachelor’s degree in politics, philosophy and economics from Claremont McKenna College and a J.D. from Columbia Law School. In 2019, he announced he is running for the Democratic nomination for president.