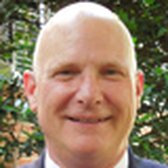 Wayne Powell was the 2012 Democratic nominee for Virginia's 7th Congressional District seat held by House Majority Leader Eric Cantor, a Republican.  Powell served in the U.S. Army for 30 years, 5 years of active duty and 25 years in the Active Reserves. He was called back into active duty after September 11, 2001, to command a specialized Army intelligence unit. He was awarded the Legion of Merit when he retired as a colonel in 2002. Powell graduated from the University of Richmond in 1972, and received a master’s degree from the University of Wisconsin, Madison in 1973 and a law degree from T.C. Williams School of Law at the University of Richmond in 1980. Powell served as staff clerk to the Supreme Court of Appeals of Virginia, worked as an assistant state attorney general and served as deputy commissioner of the Virginia Worker’s Compensation Commission for six years. He entered private practice in 1991, and founded his present firm of Powell & Parrish in 1999.