The Orlando community held a vigil after the Pulse nightclub shooting. (Associated Press)

The shooting massacre at a gay nightclub in Orlando in which a gunman killed 49 people and injured dozens of others led to a series of claims by politicians about guns and violence.

It also led to a testy interview between CNN’s Anderson Cooper and Florida Attorney General Pam Bondi about her past actions related to fighting same-sex marriage.

Here’s a look at our most clicked-on reports in June counting down to the most popular:

5. A closer look at the Anderson Cooper-Pam Bondi face-off

A June 14 interview in Orlando between Cooper and Pam Bondi went viral due to Cooper’s aggressive questioning about her opposition to same-sex marriage. After the interview, both accused each other of mistaken facts and lack of context. Bondi said Cooper had downplayed the portion of her interview that addressed price-gouging and scams targeting the victims’ families. Cooper granted Bondi’s assertion that a clip posted at CNN had been shortened, at least "for a couple hours," but Cooper noted that the interview aired live and in its entirety. We didn’t find any obvious inaccuracies about what either side was saying.

This is a serious charge that suggests Clinton wants to allow people to travel freely or with very few restrictions between two countries -- and that’s not what she wants. Clinton has praised work already done to secure the border, and she said she supported a 2013 bill that would have invested billions more in border security while creating a path to citizenship for some undocumented immigrants. Her plan calls for protecting the border and targeting deportation to criminals and security threats. Her plan would make it easier for many undocumented immigrants to avoid deportation, but that’s not the same as ending all enforcement. We rated this claim False. 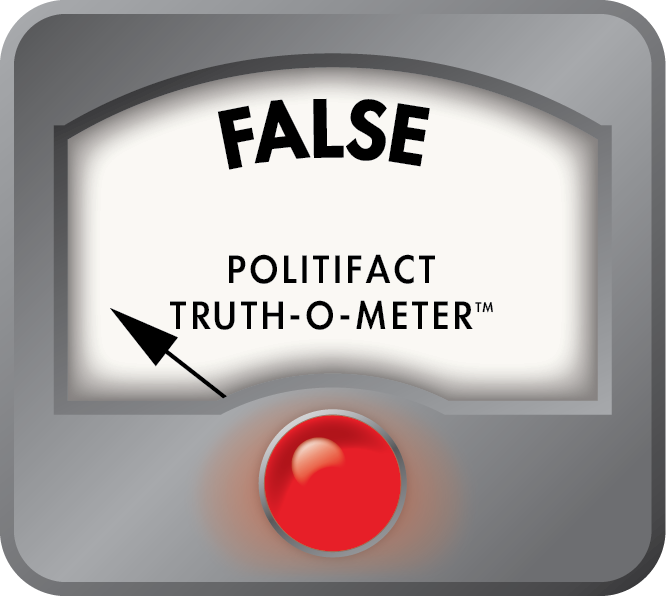 On CNN, Grayson included this claim without any clarification. In other forums, he noted that his claim is only true for the hypothetical semiautomatic rifle converted to an automatic weapon. Even then, however, experts say the 700-round-per-minute figure is not an accurate portrayal of rounds fired. This is true for many reasons, they said, including reloading time and the potential of overheating the gun. We rated this claim Mostly False. 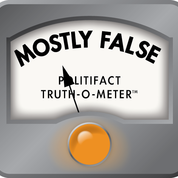 On May 25, Charles Helms posted a video on his Facebook page showing a large alligator meandering across the fairway at Buffalo Creek Golf Course in Palmetto. The video went viral and many wondered if the alligator was real. We went to the Manatee County golf course to find out. Our reporters on scene talked to Ken Powell, regional manager for Pope Golf, who told us the alligator is indeed real and is a regular on the golf course. Powell showed us more video of the famous gator. We rated this claim True. 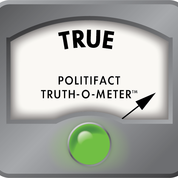 1. 7 things to know about guns and gun violence after Orlando

We reviewed the facts and figures about gun violence. Highlights included the number of deaths from gun violence each year, the annual number of mass shootings, information about background checks and the terrorist watch list.

Other articles that were popular in June included a claim by Senate candidate and U.S. Rep. Patrick Murphy, D-Jupiter, that the terrorist watch list is no obstacle to buying guns and our article explaining the facts about gay men and blood donations.

Facebook posts
stated on February 9, 2020 a Facebook post:
After pushing through a red flag law in the New Mexico Senate, Gov. Michelle Lujan Grisham “has had the firearms of her guards and household seized.”

Facebook posts
stated on February 6, 2020 a Facebook post:
Mitt Romney’s father “U.S. Senator George Romney, was a liberal Republican who had ties to Saul Alinsky, yes, the same dude who wrote the book, Rules For Radicals and dedicated to Satan.”

Brandon Morse
stated on February 5, 2020 a tweet:
Says a video proves Pelosi “was planning” to rip up President Donald Trump’s State of the Union address “from the start.”

Donald Trump
stated on February 4, 2020 the State of the Union:
“I have also overseen historic funding increases for high-quality child care, enabling 17 states to help more children, many of which have reduced or eliminated their waitlists altogether.”

Val Demings
stated on January 29, 2020 the impeachment trial:
“All of the aid has not arrived” to Ukraine.

Rick Scott
stated on January 29, 2020 a TV ad in Iowa:
"Vice President Biden threatened a foreign country and forced them to fire a prosecutor who was investigating a company," that paid his son Hunter.

Pete Buttigieg
stated on January 26, 2020 a Fox News town hall in Des Moines:
"More than 80% of Republicans think we ought to at least be doing universal background checks."

Bernie Sanders
stated on January 13, 2020 a Sun Sentinel op ed:
"In Florida children are required to take their first standardized test within 30 days of beginning kindergarten and Gov. DeSantis wants to extend that requirement to preschoolers."