In a sign that it’s never too early to start planning for re-election, President Donald Trump’s campaign released an ad on May 1 -- approximately 1,360 days before the 2020 election --  to tout the accomplishments of his first 100 days in office.

We have addressed many of these assertions in recent days, finding some truth, but lots of spin as well. We’ll recap the major claims here.

"America has rarely seen such success." This echoed a statement Trump made on April 18 at an event in Kenosha, Wis. -- that "no administration has accomplished more in the first 90 days."

We noted that Trump has notched some achievements in office, some of which are cited below. But at the very least, they have been much less numerous and far-reaching than those of President Franklin D. Roosevelt, the standard against whom all presidents are measured for their first 100 days. In more recent years, various other presidents, most recently Barack Obama, have accomplished more in their first 100 days than Trump has, historians say.

Trump’s phrasing in Kenosha was extreme, and we rated it False. The ad tones it down a bit, but his assertion is still open to question. 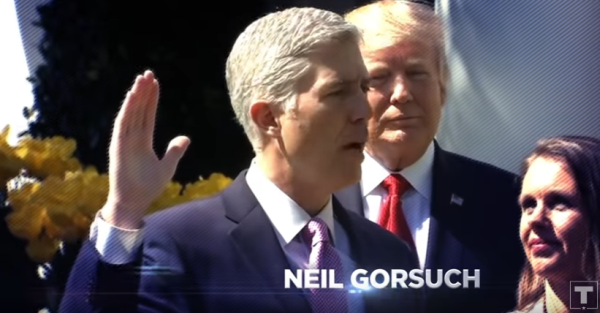 The nomination of Neil Gorsuch to the Supreme Court will likely prove to be Trump’s longest-lasting impact from the first 100 days. And when we looked at Trump’s statement that "For the first time in the modern political era, we have confirmed a new justice in the first 100 days," we rated it Mostly True.

Trump was fortunate to have such an opportunity (and it only emerged because of Senate Republicans’ year-long blockage of Obama nominee Merrick Garland). Prior to Trump, the last time a president nominated and confirmed a Supreme Court nominee within his first 100 days was Chester Arthur in 1881. Richard Nixon is the only other president since 1900 to have entered office knowing they would have a seat to fill imminently. Three others learned of an opening near the end of the 100-day benchmark. 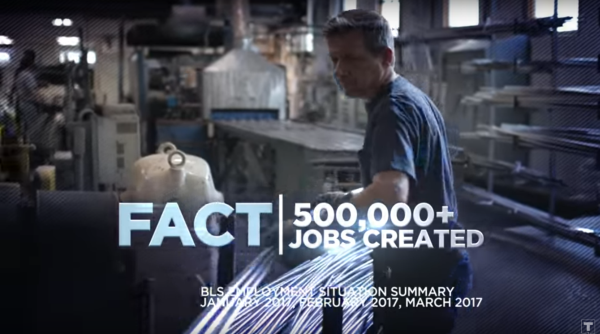 This statement, made on-screen rather than voiced by the narrator, echoes part of an assertion made on the White House website.

We found a problem -- the January Bureau of Labor Statistics report, footnoted explicitly on screen, isn’t based on job gains that occurred on Trump’s watch.

"The jobs report is a snapshot reflecting conditions in the calendar week or pay period that includes the 12th of the month," Jed Kolko, chief economist with the jobs site Indeed, told us. Since Trump was sworn in on Jan. 20, "the information in the January report preceded President Trump's first 100 days," Kolko said. 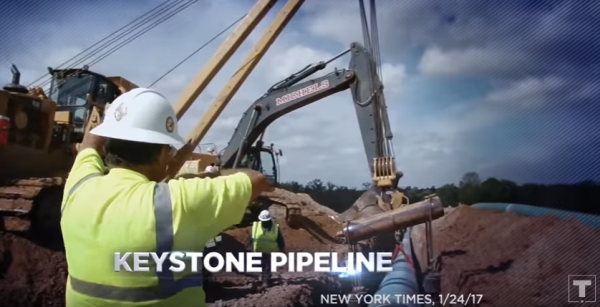 Trump is making progress on green-lighting the Keystone XL pipeline, which was a bone of contention between the oil and gas industry and environmentalists. The pipeline would transport more than 800,000 barrels of oil from Western Canada to Nebraska, then connect with an existing pipeline system.

At Trump’s urging, the State Department has issued a presidential permit -- an important step forward for construction of the pipeline and a complete reversal of a decision made under Obama. This was enough for us to rate Trump’s campaign promise on Keystone XL In the Works.

One subsidiary issue, however, has seen more mixed results. Trump promised during the campaign to "ensure that we start using American steel for American infrastructure." He issued a limited presidential memorandum on Jan. 24 calling for U.S oil pipelines to use American steel in their construction.

However, Keystone XL will not have to use only American steel in its construction. White House spokeswoman Sarah Huckabee Sanders explained during a press gaggle on March 3, that it was because Keystone XL was not a "new" project and thus was not bound by the memo. We rated this promise Stalled. 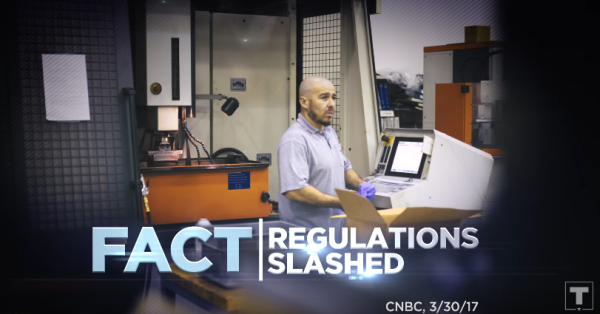 By the time of Trump’s Kenosha speech, Trump had signed 24 executive orders, 22 presidential memorandums, and 20 proclamations. Some of these addressed federal regulations,  though in many cases, additional actions will be required from cabinet agencies before federal policy officially changes.

We’ve noted that while these executive orders may eventually have a significant impact, Trump is in some ways following a well-worn path: Many new presidents have issued orders during their first 100 days that overturn actions of their predecessors of the opposite party. 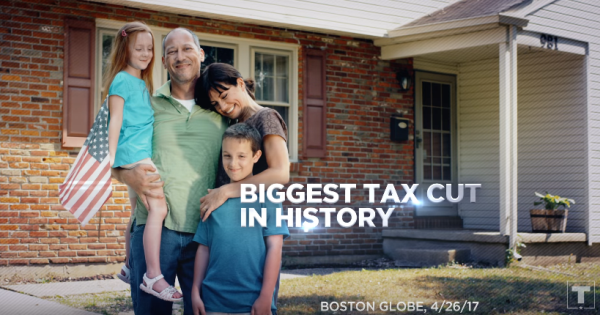 The key word in the ad’s narration (and dropped in the on-screen visual) is "plan." Trump has offered a brief, bullet-point outline of a tax proposal that may prove to be the biggest ever once more details are filled in -- but it’s too early to say that for sure.

In any case, it’s not really an accomplishment to propose a plan -- what matters is actually passing one. Major tax bills bring out intense lobbying by potential winners and losers in the tax code, and piecing together enough votes in each chamber is usually challenging. So despite what the ad indicates, passage of "biggest tax cut in history" is far from assured -- even beyond the 100-day threshold.