How important was George Papadopoulos in the foreign policy team of then-candidate Donald Trump? It depends on whom you ask.

On Oct. 30, court papers revealed that Papadopoulos had pled guilty to lying to the FBI earlier that month. The case involved efforts by Papadopoulos, in his capacity as a Trump campaign staffer, to allegedly connect other campaign staff with officials representing Russia, including the possibility of securing "thousands of emails" about Hillary Clinton.

White House Press Secretary Sarah Huckabee Sanders took issue with any notion that Papadopoulos was a key member of the campaign team hours after the guilty plea made headlines.

Asked at the daily news briefing to explain Papadopoulos’ role with the campaign, Sanders said, "It was extremely limited. It was a volunteer position. And again, no activity was ever done in an official capacity on behalf of the campaign."

Determining how important Papadopoulos was on the Trump team is open to interpretation, so we won’t put this argument to the Truth-O-Meter. But we thought it would be worthwhile to lay out the evidence, so that readers can make a more informed judgment.

The unveiling of Papadopoulos’ role

The fact that Papadopoulos was working for the campaign became widely known on March 21, 2016, when the campaign, for the first time, released the names of its foreign policy advisers.

Trump revealed the list of five advisers -- Keith Kellogg, Carter Page, George Papadopoulos, Walid Phares and Joseph Schmitz -- in a meeting with editors and reporters at the Washington Post.

In that meeting, he called Papadopoulos an "excellent guy."

The Post followed up with an article that framed the announcement this way: "Republican presidential contender Donald Trump on Monday provided five names on his foreign policy team after months of speculation over who could be advising the businessman front-runner."

The Post noted that Papadopoulos had previously advised one of Trump’s Republican primary rivals, Ben Carson, and had worked for the conservative Hudson Institute. Perhaps the tidbit that garnered the most attention at the time was that on his LinkedIn page, he listed among his awards and honors "that he was U.S. Representative at the 2012 Geneva International Model United Nations."

The Post reported that Papadopoulos "confirmed … that he was an adviser to Trump but declined further comment."

A few weeks later, the Los Angeles Times included Papadopoulos in its own list of Trump foreign policy advisers, which also listed the other four officials from the Post article along with three additional names -- Gary Harrell, Chuck Kubic and Bert Mizusawa.

Meanwhile, even hours after his guilty plea was announced, Papadopoulos was still touting the support of Trump from the Post editorial board meeting on his LinkedIn page. The first line was: "President Trump recommendation about me: ‘George is an oil and gas consultant; excellent guy." 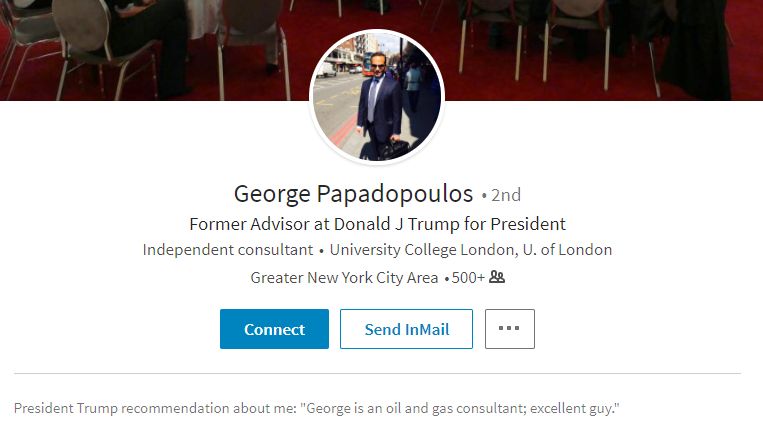 On March 31, Trump tweeted out a photograph of himself leading a meeting of his foreign policy team. The photograph -- labeled "National Security Meeting" and with the hashtag "#MakeAmericaGreatAgain" -- features future Attorney General Jeff Sessions and Trump at opposite ends of the table, apparently joined by other officials cited in the Post and Los Angeles Times stories, including Papadopoulos, the second person away from Sessions on the far side of the table.

We didn’t find any substance from the meeting released the day it happened, but according to materials released by special counsel Robert Mueller's office, when Papadopoulos "introduced himself to the group, he stated, in sum and substance, that he had connections that could help arrange a meeting between then-candidate Trump and President Putin."

In the White House briefing, Sanders dismissed the significance of the March 31 meeting.

"It was a brief meeting that took place quite some time ago," Sanders said. "It was the one time that group ever met."

The special counsel's documents say that in early April 2016, Papadopoulos "sent multiple emails to other members of the campaign's foreign policy team regarding his contacts with 'the Russians' and his 'outreach to Russia.’"

After pursuing this on the Russian side, the documents say, Papadopoulos continued his push on April 25, emailing a "senior policy advisor" for the campaign and reiterating the offer. He sent similar emails to at least one other high-ranking campaign official over the next few days.

Email inquiries continued with these and other senior campaign officials through the summer and as late as August, according to the documents.

In the White House briefing, Sanders acknowledged that Papadopoulos had "reached out" with the Russia offer, but she emphasized that "nothing happened beyond that."

This, she said, "shows, one, his level of importance in the campaign, and two, shows what little role he had within coordinating anything officially for the campaign."

There is some evidence to support the argument that Papadopoulos was freelancing by pushing the Russia connection.

The most compelling case for this was made in an Aug. 14 Washington Post article. The report said it was based on "more than 20,000 pages of documents the Trump campaign turned over to congressional committees" and "read to the Post by a person with access to them."

This raw material provides more context about how other Trump campaign officials responded to Papadopoulos’ offer than the Special Counsel’s documents do -- and the picture they paint is one of an effort ultimately stymied by senior campaign officials.

We can’t independently confirm the Post’s reporting, but its report suggests that several senior campaign officials urged caution about meeting with Russians, so that the campaign didn’t embarrass itself or run afoul of legal restrictions.

For instance, the Post reported that when Papadopoulos sent an an email about meeting with Russia to Paul Manafort, the new campaign chair, "Manafort reacted coolly, forwarding the email to his associate Rick Gates, with a note, ‘We need someone to communicate that DT is not doing these trips.’" 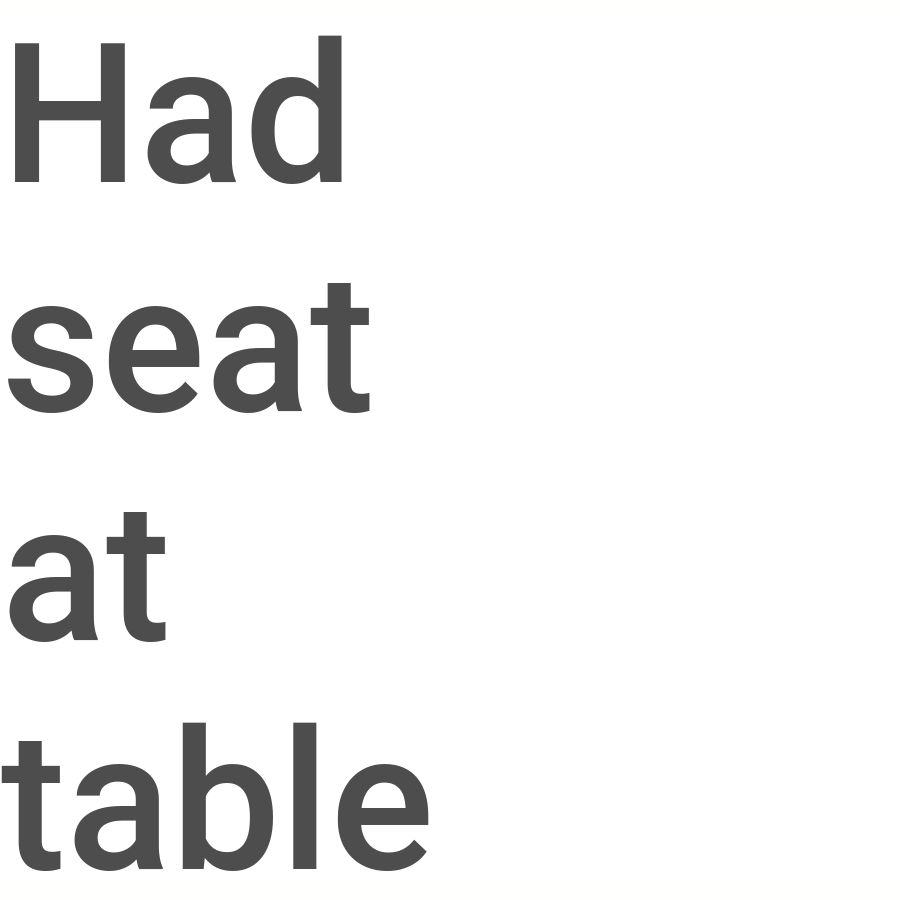 Washington Post, "One of Trump’s foreign policy advisers is a 2009 college grad who lists Model UN as a credential," March 22, 2016

Washington Post, "Timeline: How a Trump adviser tried to work with the Russian government," Oct. 30, 2017