McCain, Trump and the White House flag: From half-staff, to full-staff, to half-staff
By Jon Greenberg August 27, 2018

The raising and lowering of the flag over the White House might be seen as the final symbolic tug-of-war between President Donald Trump and Sen. John McCain, R- Ariz., who died Saturday.

Early on Monday, multiple national news organizations began reporting that the flag, which had been lowered to half-staff Saturday evening, was once again flying high.

PolitiFact went to the White House to document the flag’s status. Here’s how the flag stood at 3:38 pm. 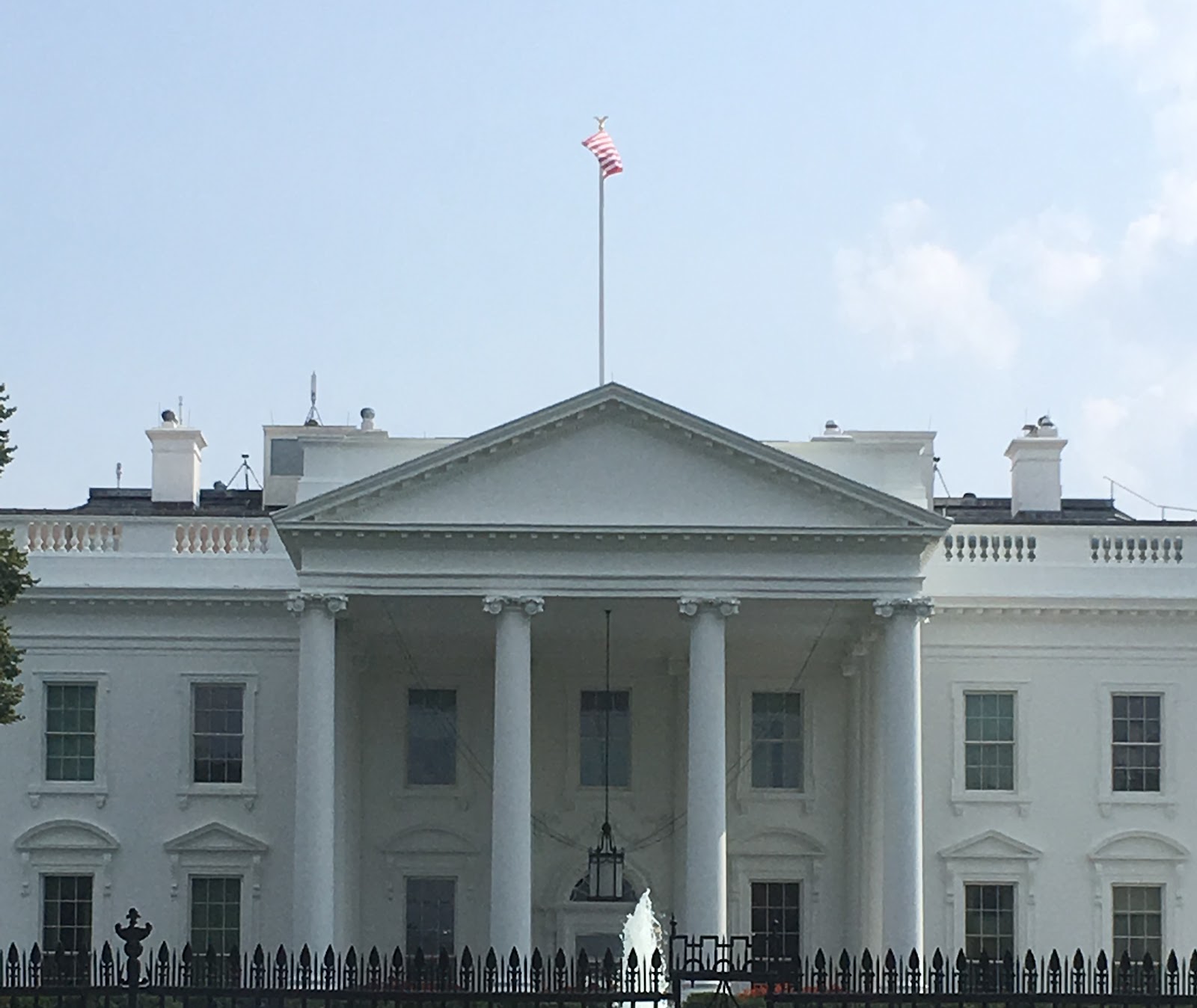 Returning the flag to full-staff Monday followed basic protocol for the death of a senator; however, presidents have the option to extend the period.

As Monday wore on, the opposition to the full-staff flag grew.

Veterans groups voiced their outrage. American Veterans tweeted it was "deeply disappointed in the lack of traditional and appropriate respect." The national commander of the American Legion sent Trump a letter "strongly" urging that "our nation’s flag be half-staffed through (McCain’s) interment."

McCain’s colleagues in the Senate from both sides of the aisle called on Trump to lower the flag.

In the face of the outcry, the White House reversed course.

By 4:08, the flag once again was at half-staff, which PolitiFact again photographed. 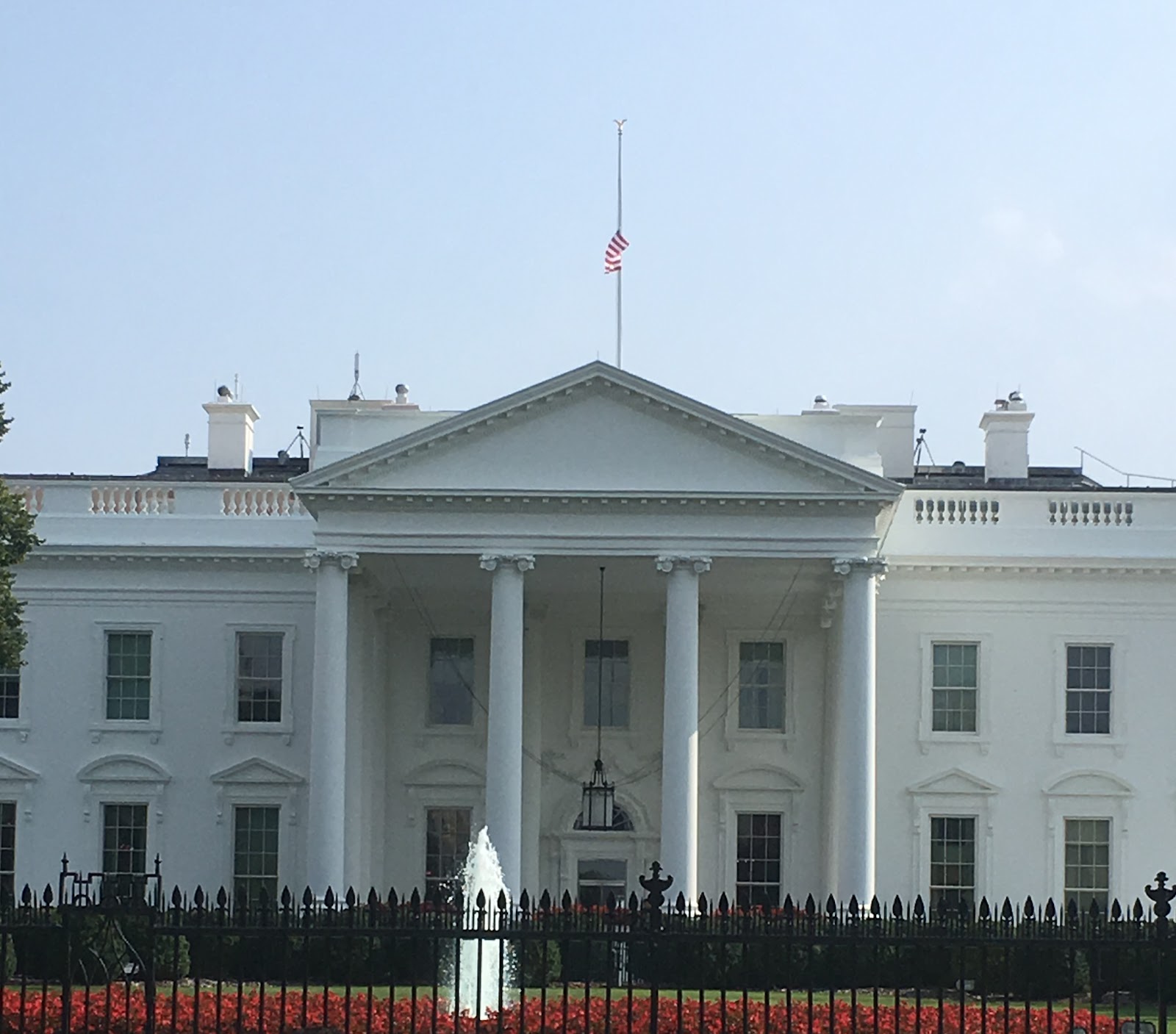 The White House released two statements. The first, as a White House proclamation, directed that the flag remain at half-staff at the White House and at all federal buildings until "sunset on the day of interment."

The second was a statement from Trump himself. He said "despite our personal differences on policy and politics, I respect Sen. John McCain’s service to our country."

The statement went on to say that Vice President Mike Pence would speak at a ceremony at the Capitol on Friday, and chief of staff John Kelly, Defense Secretary James Mattis and National Security Adviser John Bolton would represent the administration at McCain’s funeral service.

Immediately after McCain’s death, Trump had kept his comments to a minimum.

"My deepest sympathies and respect go out to the family of Senator John McCain," Trump tweeted Aug. 25. "Our hearts and prayers are with you."