Sen. John McCain fought to clean up money in politics. Are we better off today?

How did John McCain become a champion of campaign finance reform? He got in trouble first.

McCain’s reform efforts sprang from the 1980s "Keating Five" scandal. McCain was one of five senators who received donations from Charles H. Keating Jr., the owner of a savings and loans company, and investigated for intervening with federal regulators on Keating’s behalf.

An ethics committee said McCain did not break any laws or Senate rules, but it also said he had exercised "poor judgment."

McCain responded by making campaign finance reform one of his signature issues as he ran for president in 2000, promising to restore faith in public politics.

His years-long crusade led to the Bipartisan Campaign Reform Act of 2002, championed alongside his Democratic colleague, former Sen. Russ Feingold of Wisconsin.

"This is a good bill. It is a legally sound bill. It is a fair bill that benefits neither party but that profits our political system and that will, I hope, help to restore the public's faith in government," McCain said before the Senate’s final vote on the bill in March 2002. 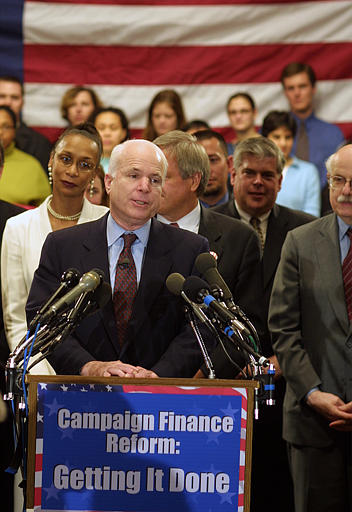 The 2002 law, commonly known as BCRA or McCain-Feingold, was successful in creating some transparency and in banning unlimited, unregulated "soft money" going to political parties.

"McCain-Feingold was a complete success in our goal to end the unlimited contributions to political parties, and it’s still the law of the land," Feingold told PolitiFact via email, adding that it worked particularly well in the 2004 election, when it was fully in effect.

But in the years since, it’s been weakened by the courts.

Even though the provision banning "soft money" donations to the parties remains intact, experts say that the Supreme Court gutted another key provision, one regarding "electioneering communications," or so-called "issue ads." Those are ads encouraging voters to "call candidate X" about an issue, instead of expressly advocating for the election or defeat of a candidate.

BCRA banned corporations and unions from making or funding electioneering communication, defined as any broadcast, cable, or satellite communication that clearly identified a candidate and that was distributed to the relevant electorate within 60 days before a general election or 30 days before a primary. 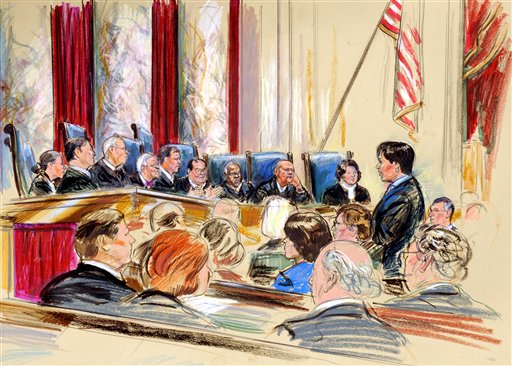 The door also opened for other kinds of groups to spend on issue ads, including social welfare nonprofit organizations that don’t have to disclose their donors to the IRS, said Lawrence Norden, deputy director of the Brennan Center’s Democracy Program. The FEC hasn’t set rules for transparency from those groups, Norden said. "We have a system today that in many ways is worse than what McCain was fighting," he said.

McCain focused on closing loopholes and preventing the perception of corruption of the political system. Today, the focus is more on disclosure and public financing to break dependence on mega-donors, Norden said.

Overall, experts said that difficulties in regulating campaign finance are compounded by the U.S. Supreme Court equating money with speech.

A complicated issue is complicated even more by the fact that the people writing the laws won election under the existing rules — and know how to use them, Wood said.

"Campaign finance law has been a mess for decades, and that hasn’t changed," said David Primo, a political scientist at the University of Rochester. "It reflects competing interests trying to shape what the laws look like by using multiple routes — legislation, court decisions, regulatory rulings."

Though McCain and Feingold pushed hard for BCRA, experts said a series of other events also helped their cause, including: a high public perception of corruption in politics, the 2001 Enron scandal, the success of a procedural maneuver known as discharge petition to circumvent House leadership and force a floor vote on a bill, and the issue’s elevated profile thanks to McCain’s primary campaign.

Today’s partisan gridlock makes changing the laws around campaign finance that much harder.

"People are rightly nostalgic for a time when Republicans and Democrats would work together on difficult issues. That may be the most memorable legacy of the work I was proud to do with Sen. John McCain in the only reforms to our campaign finance laws in the past 30 years," Feingold said. "We negotiated, we compromised, we hammered out strategy and policy details, and our staffs worked together as one. It shouldn’t be so surprising — it’s what we were elected to do — but I hope it is what people will remember."

Email interview, David Primo, a political scientist at the University of Rochester, Aug. 29, 2018

The Atlantic, Small Donors Still Aren't as Important as Wealthy Ones, Oct. 18, 2016

FEC.gov, FAQ on the BCRA and Other New Rules, updated February 2005