President Donald Trump and Democratic leaders Nancy Pelosi and Chuck Schumer sparred before news cameras over the effectiveness of a southern border wall, at times fact-checking and speaking over one another.

While all three leaders said they wanted border security, there was clearly no consensus over how much money they would set aside for Trump’s barrier. Trump said he would be "proud to shut down the government for border security."

Vice President Mike Pence was there, too, looking on from his seat between Trump and Pelosi in silence.

Here’s a recap of what was said, fact-checked and with added context.

While there have been improvements at the border, Trump so far isn’t getting the long, contiguous wall he promised on the campaign.

"Steel bollard wall" has been built at the southern border since Trump took office. But that’s not much different from what’s been built by other administrations. During the Obama administration, U.S. Customs and Border Protection in a memo referred to bollard barriers as "fencing." Under Trump, these similar barriers are considered "wall."

Bollard barriers are hollow steel beams filled with concrete and rebar. None of the Trump administration’s wall prototypes have been constructed.

CBP said construction started for 40 miles of "steel bollard wall" along border areas in California and Texas, at a cost of $292 million. About 22 miles of bollards are completed, construction of four more miles started in September, and an additional 14 miles should be finished in May 2019, CBP said.

Appropriations from Congress so far have been far less than what Trump promised. Congress authorized $1.6 billion for established designs for new and replacement fencing, like the bollard system — and not the Trump’s administration’s prototypes. 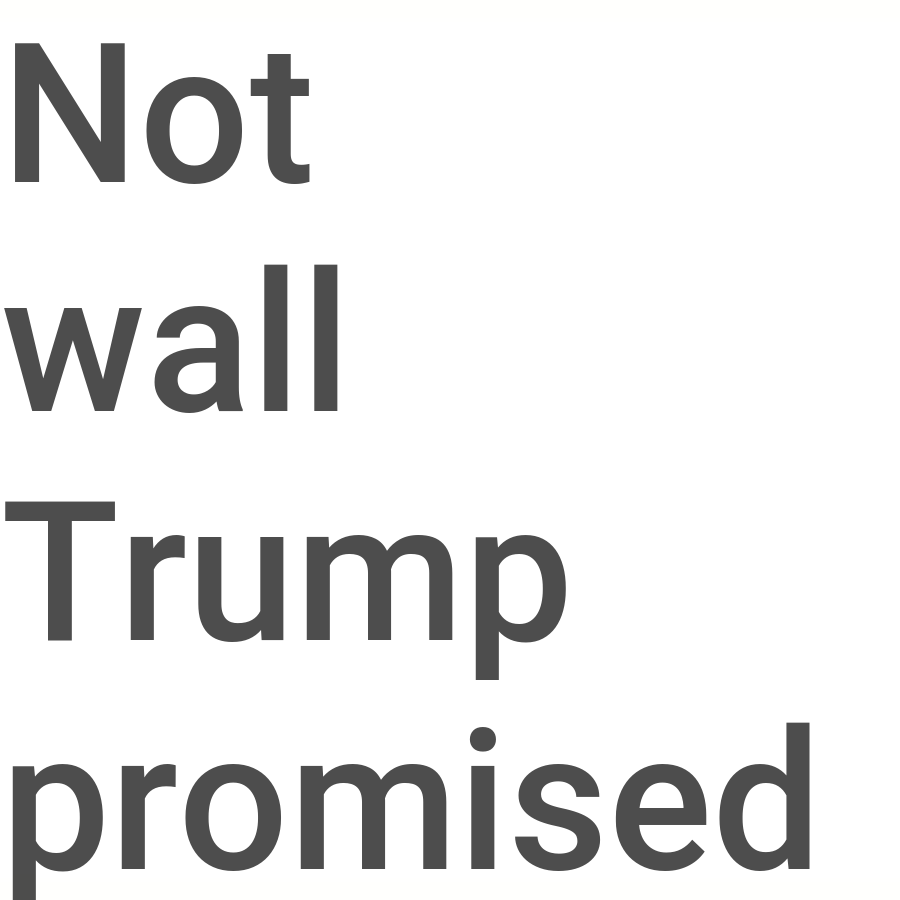 PolitiFact Rating:
Not wall Trump promised
"A lot of the wall is built."
Donald Trump
President of the United States

It’s unclear what specific construction Trump is talking about, and he did not define start and end points for measuring the effect on illegal migration. The White House did not respond to PolitiFact’s query. Here’s what we could gather from CBP announcements by region:

San Diego: CBP in June said it began replacing about 14 miles of "8-to-10 foot high scrap metal wall with an 18-to-30 foot bollard-style wall topped off with an anti-climbing plate." In December, CBP told PolitiFact that a 14-mile San Diego project is expected to be completed in May 2019.

El Paso: CBP in September said it started construction on a new "steel bollard wall" to replace existing pedestrian fencing in El Paso. That four-mile project would be completed in late April 2019, the agency said. CBP in December also told PolitiFact that another 20-mile project in El Paso had been completed.

Tucson and Yuma: CBP in November said a contract had been awarded to build up to 32 miles of "primary pedestrian replacement wall" within the U.S. Border Patrol’s Yuma and Tucson sectors. Construction should begin in April 2019.

Schumer: "The experts say you can do this without a wall."

This is consistent with previous reporting by us and other outlets.

Asked which experts Schumer had in mind, his staff directed us to a January New York Times article that said the Trump administration would cut or delay funding for security measures "that officials and experts have said are more effective than building a wall along the Mexican border."

Adam Isaacson, director for defense oversight at the Washington Office on Latin America, told PolitiFact that the wall might not do much to bolster border security because there is already a wall at the points that are most densely populated, with the exception of southern Texas. Apprehensions are at their lowest point in decades. Most resources are instead needed at the legal ports of entry, Isaacson said.

Sanho Tree, director of the Drug Policy Project at the progressive think tank Institute for Policy Studies, told PolitiFact that while the vast majority of drugs are coming in through legal checkpoints or more advanced methods of catapults, drones, boats and tunnels.

Trump: "We caught 10 terrorists over the last very short period of time. 10. These are very serious people."

We rated a similar claim by Pence as Pants on Fire, and experts remain dubious of Trump’s version.

"No matter what period of time Trump is talking about, there is no evidence to support his claim," said Alex Nowrasteh, a senior immigration policy analyst at the Cato Institute. He counted fewer than 10 people who had crossed the southern border and were charged with terrorism-related crimes.

David Sterman, senior policy analyst at the New America International Security Program, said, "There are no cases that come to mind among the more than 400 people accused of jihadist terrorism crimes since 9/11 tracked by New America in which terrorists infiltrated across the southern border."

Trump’s State Department in July 2017 reported there is "no credible information that any member of a terrorist group has traveled through Mexico to gain access to the United States."

Secretary of Homeland Security Kirstjen M. Nielsen reported in June her department "now blocks 10 known or suspected terrorists a day from traveling to or attempting to enter the United States."

That’s across all ports of entry by land, air and sea, not just the Mexican border. 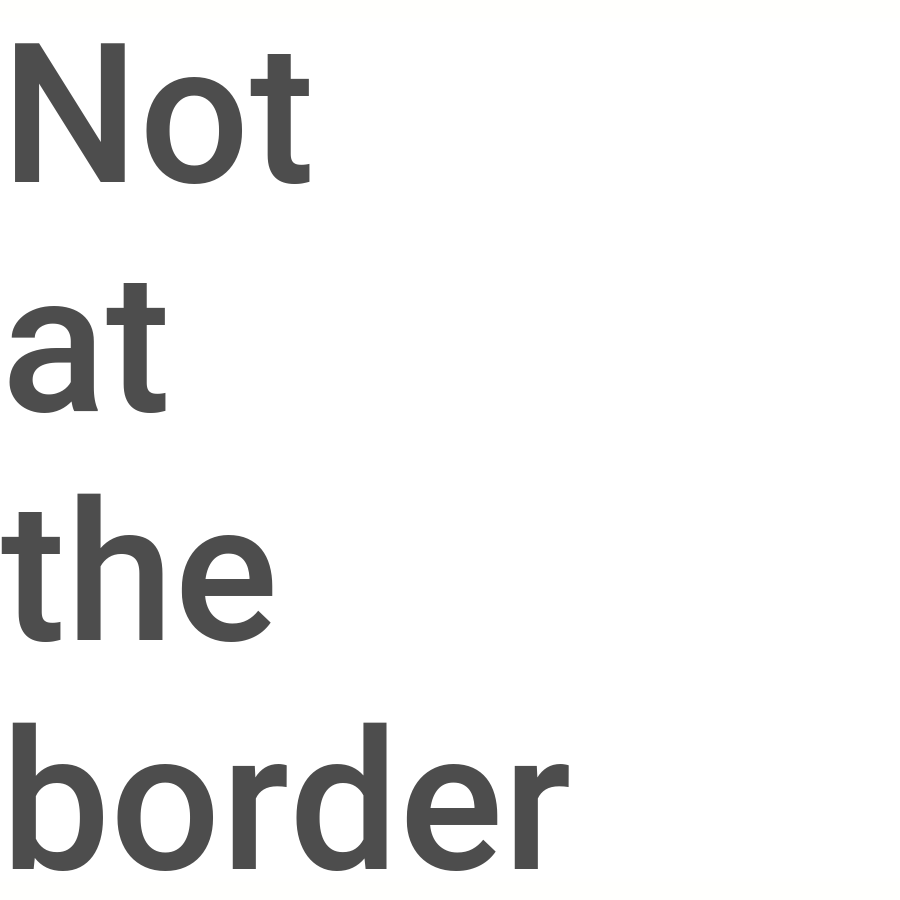 PolitiFact Rating:
Not at the border
"We caught 10 terrorists over the last very short period of time. 10. These are very serious people."
Donald Trump
President of the United States
https://www.c-span.org/video/?455813-1/president-trump-democratic-leaders-clash-border-funding

Israel has built multiple barriers along its borders with Egypt, Lebanon, Gaza Strip and West Bank. The 99-percent reduction comes from Israeli government data for the Israeli-Egyptian southern border, where there is a 143-mile fence. (See related fact-check.)

They also cautioned about comparing Israel with the United States’ southern borders. The U.S.-Mexico border is much longer than the Israel-Egypt border, terrain conditions are different and more agents would be needed to monitor the U.S. border, experts said.

Trump: "People with tremendous medical difficulty and medical problems are pouring in ... and in many cases it’s contagious."

We have found little evidence to support this periodic Trump claim. Recently, we rated a widespread claim that "2,267 caravan invaders have tuberculosis, HIV, chickenpox and other health issues" as Mostly False, because the number of individuals with such serious diseases was far lower.

The number of people crossing the U.S.-Mexico border in close proximity to each other does provide opportunities for diseases to spread, especially when migrants come from poor and under-vaccinated locations. For this reason, the Centers for Disease Control and Prevention and its Mexican counterpart have established disease-surveillance infrastructure on the border.

However, not many outbreaks are known to have occurred at the U.S. border, with the most common ones involving scabies, an easily treatable condition similar to lice.

Two dozen medical experts spent two years investigating the health impacts of migration. In the journal the Lancet, they concluded that the harsh journey to the U.S. could increase the risk of infectious disease, especially measles and food- and water-borne diseases.

Thomas Fekete, the section chief for infectious diseases at the Temple University School of Medicine, told PolitiFact that claims such as Trump’s involve more fear-mongering than sound science.

Assertions like Trump’s "are just ad hominem statements that have no epidemiologic basis," he said. "One of the only potential contagious infections that would be potentially relevant is tuberculosis. But we currently have excellent tools to diagnose TB and to deal with it both in its latent stage and its active stage, so any concern about that is highly overblown." 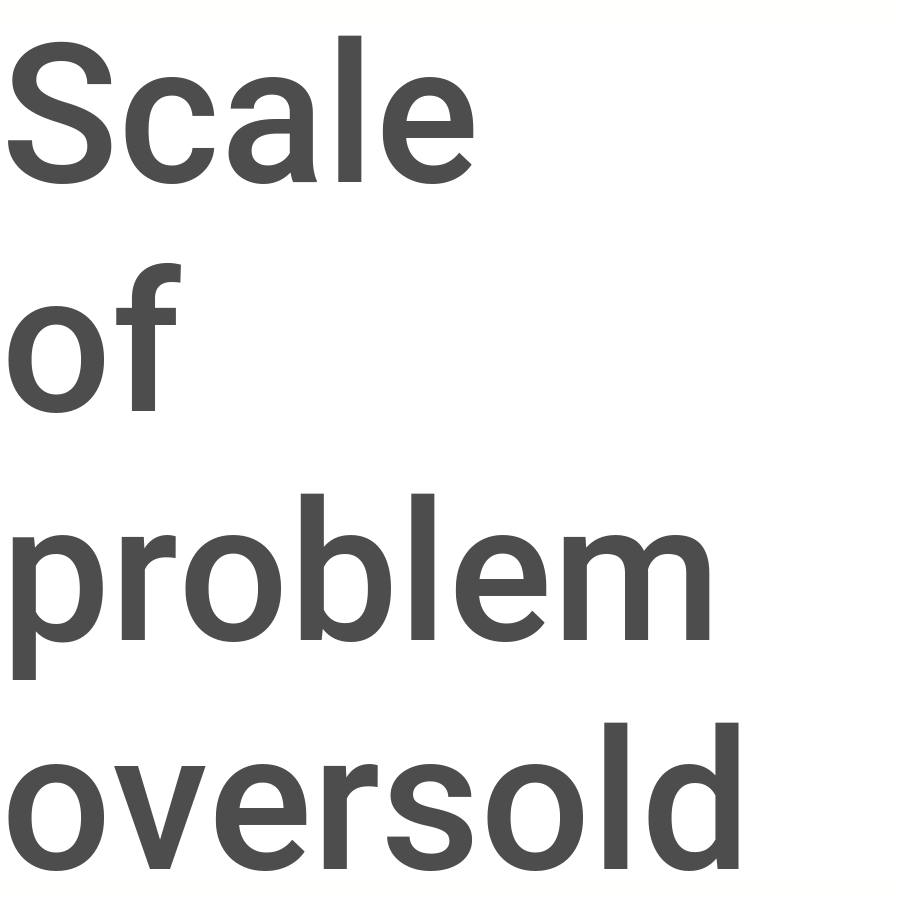 PolitiFact Rating:
Scale of problem oversold
"People with tremendous medical difficulty and medical problems are pouring in (over the border) and in many cases it’s contagious."
Donald Trump
President
https://www.c-span.org/video/?455813-1/president-trump-democratic-leaders-clash-border-funding