President Donald Trump makes remarks while arriving at the Pentagon on Jan. 18, 2018. Standing behind him is White House Chief of Staff John Kelly. (AP/Pablo Martinez Monsivais)

As part of his much-hyped "fake news awards," President Donald Trump offered 10 pieces of news he said the media was ignoring. "While the media spent 90 percent of the time focused on negative coverage or fake news, the President has been getting results," he wrote.

We took a closer look at the 10 items Trump mentioned.

1. "The economy has created nearly 2 million jobs and gained over $8 trillion in wealth since the President’s inauguration."

On the jobs number, Trump is correct. To be precise, the economy created 1,839,000 new jobs between January 2017 and December 2017, the last month for which there is data. There’s also no question that the stock market has performed well on Trump’s watch. A key metric for the broader stock market, the Wilshire 5000, is up 24.7 percent since his inauguration.

But we should note a few caveats. First, starting with Trump’s inauguration, the Dow Jones Industrial Average has risen by an impressive 31 percent. But the Dow’s performance during the equivalent period under President Barack Obama was 33 percent. In addition, it’s unclear how valuable the stock market is as a gauge of the country’s economic health, since not every American is invested.

2. "African Americans and Hispanics are enjoying the lowest unemployment rate in recorded history."

As we’ve reported, Trump is correct: African-American unemployment fell to 6.8 percent in December 2017 -- a record low since the statistic was first calculated in 1972.

That said, Trump had a head start thanks to Obama. Black unemployment peaked at 16.6 percent in April 2010, then fell by more than half to 7.8 percent by the time Obama left office in January 2017.

3. "The President signed historic tax cuts and relief for hardworking Americans not seen since President Reagan."

There’s no question that the tax bill Trump signed is a significant piece of legislation. But he has overhyped its scale on several occasions.

We rated as False his assertion that it was "the biggest tax cut in U.S. history." We found that even the most expansive estimate for the recent tax bill was exceeded by President Ronald Reagan’s 1981 tax cut in inflation-adjusted dollars, and as a percentage of GDP -- arguably a more meaningful measurement -- a half-dozen or more previous tax cuts were larger.

That talking point comes from his own administration -- specifically, that through the end of September, federal agencies killed 67 regulatory actions while introducing only three. The number of regulations killed was highest at the Environmental Protection Agency with 16, followed by the Interior Department, with 12.

However, a Bloomberg News analysis of the list found that "almost a third of them actually were begun under earlier presidents. Others strain the definition of lessening the burden of regulation or were relatively inconsequential, the kind of actions government implements routinely."

5. "The president has unleashed an American energy boom by ending Obama-era regulations, approving the Keystone pipeline, auctioning off millions of new acres for energy exploration, and opening up (the Alaska National Wildlife Refuge)."

So there has been an increase in crude oil production on Trump’s watch following a decline under Obama. However, while there is no question that the Trump administration has taken a pro-fossil-fuel approach, including the actions Trump cited, giving primary credit to Trump may be premature.

For instance, the Keystone pipeline will do more to increase Canadian oil production than U.S. oil production, said Jason Bordoff, the founding director of Columbia University’s Center on Global Energy Policy. And opening up new offshore areas and ANWR to drilling won’t have an immediate effect; rather, they may have an impact on production a decade from now, depending on market conditions, he said.

Meanwhile, Trump glosses over the fact that oil production rose steadily during Obama’s first six years in office -- and that natural gas has not seen the same sudden uptick under Trump: 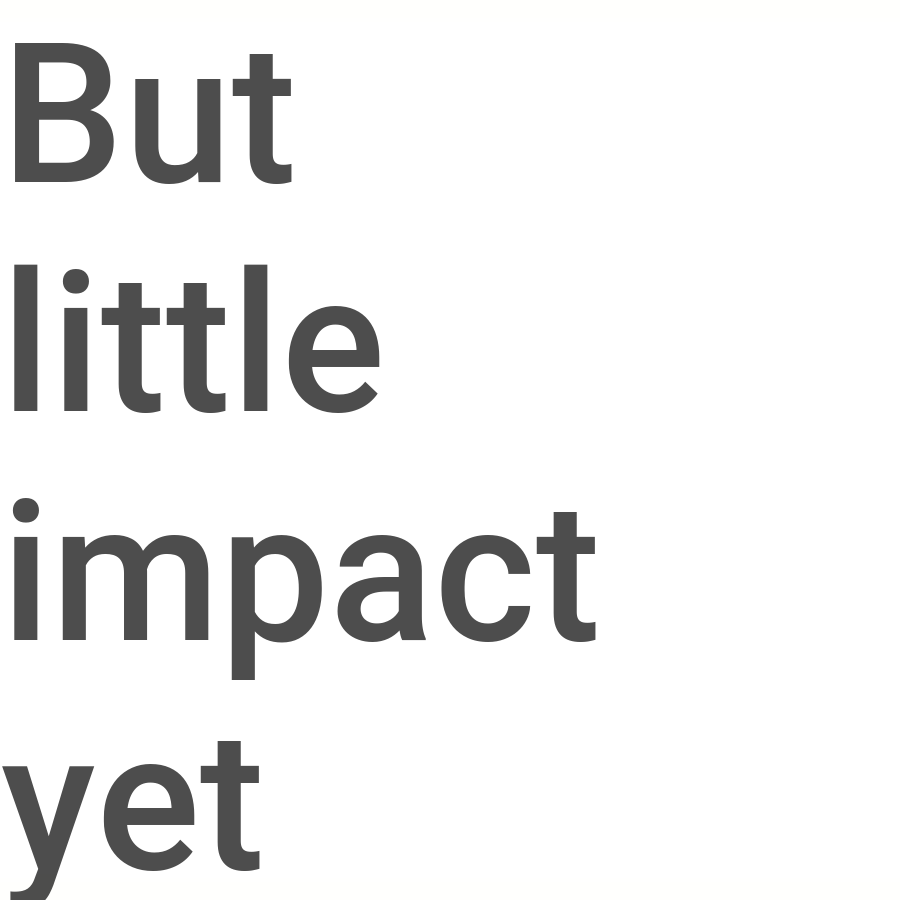 PolitiFact Rating:
But little impact yet
"The president has unleashed an American energy boom by ending Obama-era regulations, approving the Keystone pipeline, auctioning off millions of new acres for energy exploration, and opening up (the Alaska National Wildlife Refuge)."
Donald Trump
President of the United States
https://www.gop.com/the-highly-anticipated-2017-fake-news-awards/

6. "ISIS is in retreat, having been crushed in Iraq and Syria."

Trump had a point that the Islamic State has suffered its largest territorial losses since he took office. However, between two-thirds and three-fourths of the firepower unleashed against ISIS hit before Trump became president, and the terrorist group’s hold on territory had begun crumbling a year before he took command.

When we checked in with Daveed Gartenstein-Ross, a terrorism expert and senior fellow at the Foundation for Defense of Democracies, he said Trump had a strong case to make. He said Trump didn't change Obama's basic anti-ISIS strategic framework, but the new president did devolve more authority to the tactical level on the battlefield, which sped up U.S. operations and produced "a real shift … that contributed to ISIS's precipitous collapse in mid-2017."

That said, Gartenstein-Ross added, "when a jihadist group like ISIS is crushed, that doesn't mean it is in permanent defeat or decline. We saw this previously with ISIS's predecessor, al-Qaeda in Iraq, which was crushed in the 2007-09 period but which came roaring back just five years later in the form of ISIS. So it's far too early to roll out the ‘Mission Accomplished’ banner." 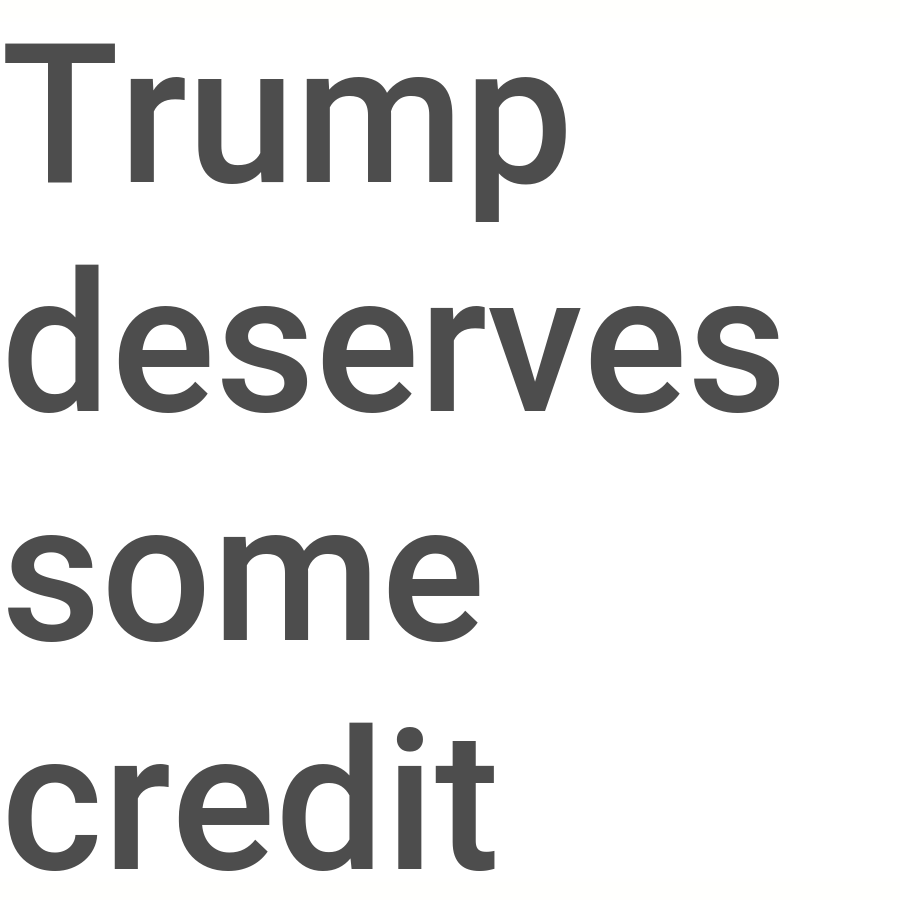 PolitiFact Rating:
Trump deserves some credit
"ISIS is in retreat, having been crushed in Iraq and Syria."
Donald Trump
President of the United States
https://www.gop.com/the-highly-anticipated-2017-fake-news-awards/

7. "President Trump followed through on his promise to recognize Jerusalem as the capital of the State of Israel and instructed the State Department to begin to relocate the Embassy."

Trump did take action on this on Dec. 6, 2017. Trump said he would direct the State Department to begin preparations for a moving process that will include "hiring architects, engineers and planners, so that a new embassy, when completed, will be a magnificent tribute to peace."

8. "With President Trump’s encouragement, more member nations are paying their fair share for the common defense in the NATO alliance."

Experts have told us it’s possible that Trump’s pressure has contributed to the continuation of the upward trend, but there were other factors that have led to increases, including the conflict in Ukraine in 2014.

9. "Signed the Veterans Accountability and Whistleblower Protection Act to allow senior officials in the VA to fire failing employees and establishes safeguards to protect whistleblowers."

Trump signed this bill on June 23, 2017. (He had significant Democratic help in enacting it -- it received 137 Democratic votes in the House, and the Senate passed it by a voice vote, which is only used for broadly popular measures.)

A detailed assessment of the office’s record so far by USA Today found that its early moves are "drawing praise from longtime (whistleblower) advocates who say they are unprecedented." The office says it has fielded more than 1,000 complaints so far.

No doubts here: Gorsuch is now deciding cases as a member of the Supreme Court. We rated this a Promise Kept.