In the span of three days, President Donald Trump said he didn’t see why Russia would interfere with the U.S. 2016 elections, then he said he didn’t see why it wouldn’t. He gave Russian Federation President Vladimir Putin the benefit of the doubt, and then said he held him responsible for meddling. He said he thought Russia was no longer interfering with U.S. elections, then his press secretary said he hadn’t said that.

On Thursday, the White House announced that it was inviting Putin to Washington in the fall.

Rarely has any White House sent the compass needle spinning in so many different directions in such a short time.

Here’s how the week played out. 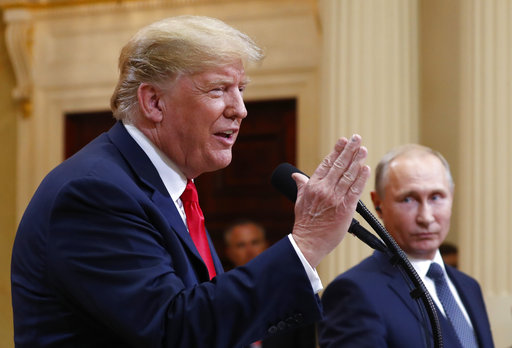 After Putin and Trump summarized the highlights of their discussions in Helsinki, Finland, they took questions. Near the end, an Associated Press reporter asked Trump who does he believe when it comes to Russian interference in the 2016 election. Putin, who denied it, or the American intelligence consensus that says Russia did, including Trump’s national intelligence director Dan Coats.

"My people came to me — Dan Coats came to me and some others — they said they think it’s Russia," Trump said. "I have President Putin, he just said it’s not Russia. I will say this: I don’t see any reason why it would be."

Earlier in the press conference, asked if he held Russia responsible in any way for bad relations between the two nations, Trump said both shared some blame. And he said the probe by Special Counsel Robert Mueller had been "a disaster for our country.  I think it’s kept us apart. It’s kept us separated. There was no collusion at all." 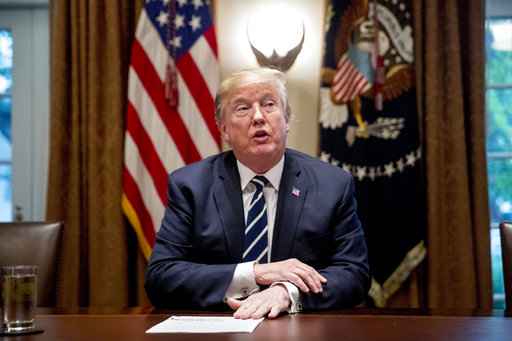 In the face of backlash for his answers in Helsinki – from members of his own party and including typically loyal Trump supporters on Fox News – Trump issued a correction. He was about to talk tax policy with Republican lawmakers at the White House, but came with a sheet of prepared remarks.

"In a key sentence in my remarks I said the word ‘would’ instead of ‘wouldn't’. The sentence should have been, ‘I don't see any reason why I wouldn't, or why it wouldn't be Russia.’

"So you can put that in and I think that pretty well clarifies things by itself."

Trump emphasized that, "I have full faith and support for America's great intelligence agencies, I always have. And I have felt very strongly that while Russia's actions had no impact at all on the outcome of the election, let me be totally clear in saying that, and I have said this many times, I accept our intelligence community's conclusion that Russia's meddling in the 2016 election took place."

Trump did note, however, that while he agreed that Russia had interfered, it "could be other people also." 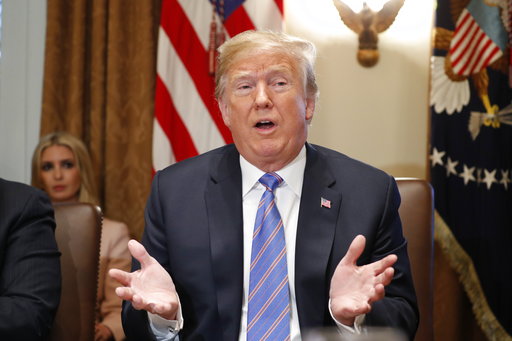 At the end of a meeting with members of his Cabinet, a reporter called out a question. Trump’s answer seemed to say he thought Russian election meddling was over.

Reporter: "No, you don’t believe that to be the case?"

Trump: "No. Thank you very much everybody."

Reporter: "But can you just clarify, you don’t believe that to be the case?" 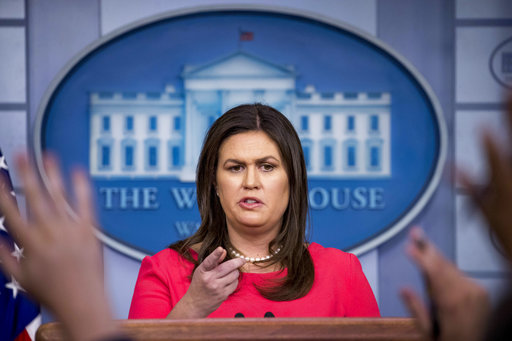 A couple of hours later, White House press secretary Sarah Huckabee Sanders said Trump had not been responding to the question about Russian interference.

"I got a chance to speak with the president after his comments, and the president was — said, "Thank you very much," and was saying "no" to answering questions," Sanders said. "The president and his administration are working very hard to make sure that Russia is unable to meddle in our elections as they have done in the past and as we have stated." 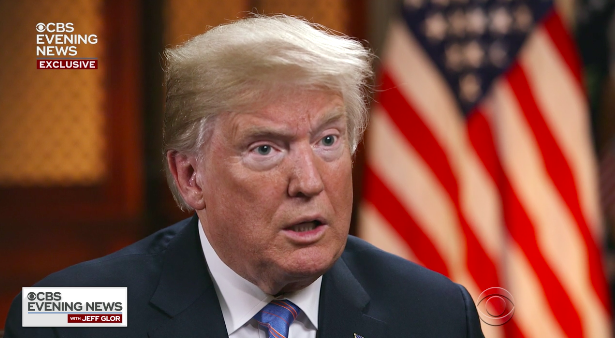 Trump sat down with CBS News anchor Jeff Glor and affirmed that he thinks Russia meddled in the election. When Glor asked if he held Putin responsible, Trump said he did.

"I would, because he's in charge of the country. Just like I consider myself to be responsible for things that happen in this country. So, certainly as the leader of a country you would have to hold him responsible, yes."

Asked what he said to Putin, Trump said he made the point, strongly, that there can be no meddling.

"I let him know we can't have this, we're not going to have it, and that's the way it's going to be."

As for whether Trump agreed with national intelligence director Coats that the Russian threat continues, Trump said he accepts that.

"I'd accept, I mean he's an expert. This is what he does. He's been doing a very good job. I have tremendous faith in Dan Coats. And if he says that, I would accept that. I will tell you, though, it better not be. It better not be."

Trump’s final words could be taken to mean that he thinks Russian interference has stopped. But as the past few days showed, clarifications might follow.

White House, Remarks by President Trump in Meeting with Members of Congress, July 17, 2018