A shooting at a Santa Fe, Texas, high school killed 10 people and injured another 10, state officials said, and explosive devices were found both on and off campus. A male suspect is in custody.

The gunman is believed to be among the roughly 1,400 students at Santa Fe High School, about 36 miles southeast of Houston. The shooter opened fire inside the school around 7:45 a.m. local time, according to school district officials.

Texas Gov. Greg Abbott said at a May 18 press conference the shooter used a shotgun and a .38-caliber revolver to carry out his attack. Abbott said the weapons belonged to the suspect’s father.

Several talking points and misinformation surfaced in the hours after the attack. Here’s what we found.

As details of the shooting began to emerge, several broadcasters and Twitter users described the incident at Santa Fe High School as the 22nd school shooting of 2018.

"Including today’s shooting incident at a Texas high school, this year there have already been 22 school shootings where someone was hurt or killed," CNN tweeted, along with a graphic. "That averages out to more than 1 shooting a week."

Including today’s shooting incident at a Texas high school, this year there have already been 22 school shootings where someone was hurt or killed. That averages out to more than 1 shooting a week. https://t.co/DL1wCUAipq pic.twitter.com/Qsw0WlLlJv

CNN described its criteria as a shooting that occured on school grounds that involved at least one person being shot (excluding the shooter). Accidental shootings were also counted. The network included grades kindergarten through college, and did not make exceptions for gang violence, fights or domestic violence.

The group defines a school shooting "any time a firearm discharges a live round inside or into a school building or on or onto a school campus or grounds, as documented by the press and, when necessary, confirmed through further inquiries with law enforcement or school officials. Incidents in which guns were brought into schools but not discharged are not included."

Using Everytown’s count, more than 40 school shootings have occurred in 2018.

Social media accounts for the suspect were pulled on Facebook and Instagram. Law enforcement said the shooter had posted a "born to kill" T-shirt before the shooting.

But copycats started popping up once his name was reported.

Multiple Twitter users pointed out the profile pic appears to have been uploaded a little after 1:30 p.m., Eastern time — hours after the gunman was taken into custody. The profile has been deleted. 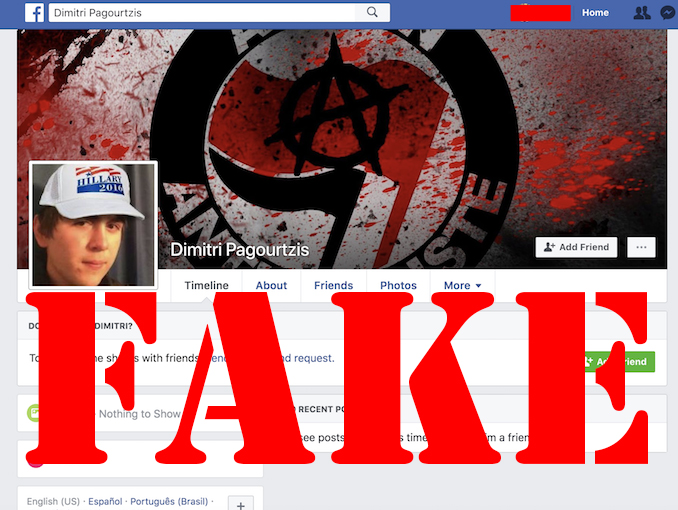 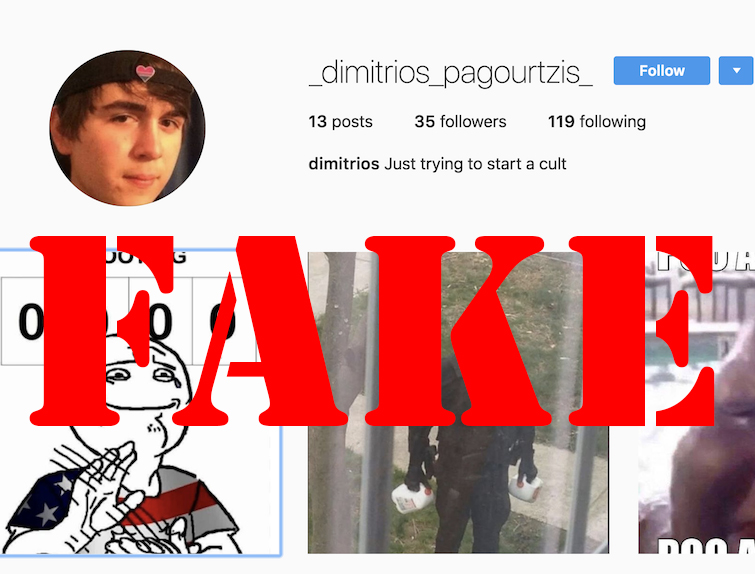 Student not a ‘crisis actor’

One student, Paige Curry, 17, avoided eye contact with an ABC 13 reporter as he asked, "Was there a part of you that was like, this isn’t real, this would not happen in my school?"

"No there wasn’t," she replied. "It's been happening everywhere. I've always kind of felt like eventually it was going to happen here too. So, I don’t know. I wasn’t surprised. I was just scared. "

A Twitter user called her a "crisis actor" and the shooting a hoax while another accused her of reading from a script. Neither claim is proven.

Laura Loomer, a far-right activist, questioned the timing of the shooting following safety drills at the school and hospital in two tweets.

"The doctor speaking to media outside the hospital in Santa Fe, TX where victims of a school shooting were taken today said they just had a ‘mass casualty drill’ at the hospital around the same time of the school drill. I’m sorry, but I can’t help but notice these ‘coincidences.’"

There is no evidence that the May 18 shooting was connected to such drills at the school or hospital. It’s common for schools to hold what’s commonly called "lock-down drills," in which students and staff remain indoors to practice securing themselves in the event of an incident such as a shooting.

The majority of schools hold drills on lockdown procedures, according to the National Center for Education Statistics.

Vox reported after the February mass shooting in Parkland that since Columbine "32 states have passed laws requiring schools to conduct lockdown drills or some form of emergency drill to keep students safe from intruders" while six states require specific "active shooter" drills each year.

Raul Reyes, a spokesman for the University of Texas Medical Branch, told TV reporters on the scene that "we just had a mass casualty drill several weeks ago. They are very well prepared. They are very well organized. They make sure that everybody knows their job."

Reyes told PolitiFact in an interview that the recent drill he was referring to several weeks ago was actually a part of nationwide ebola drills. However, he said that the hospital regularly rotates through a variety of drills, including how to handle victims from a mass casualty situation, how to address an active shooter situation on their hospital campus, and even chemical spill drills because of the proximity to ship channel refineries in Houston.

Loomer’s tweet is nonsense, he said. "We’re a level one trauma center. We always drill so that we’re prepared for tragic days like this." 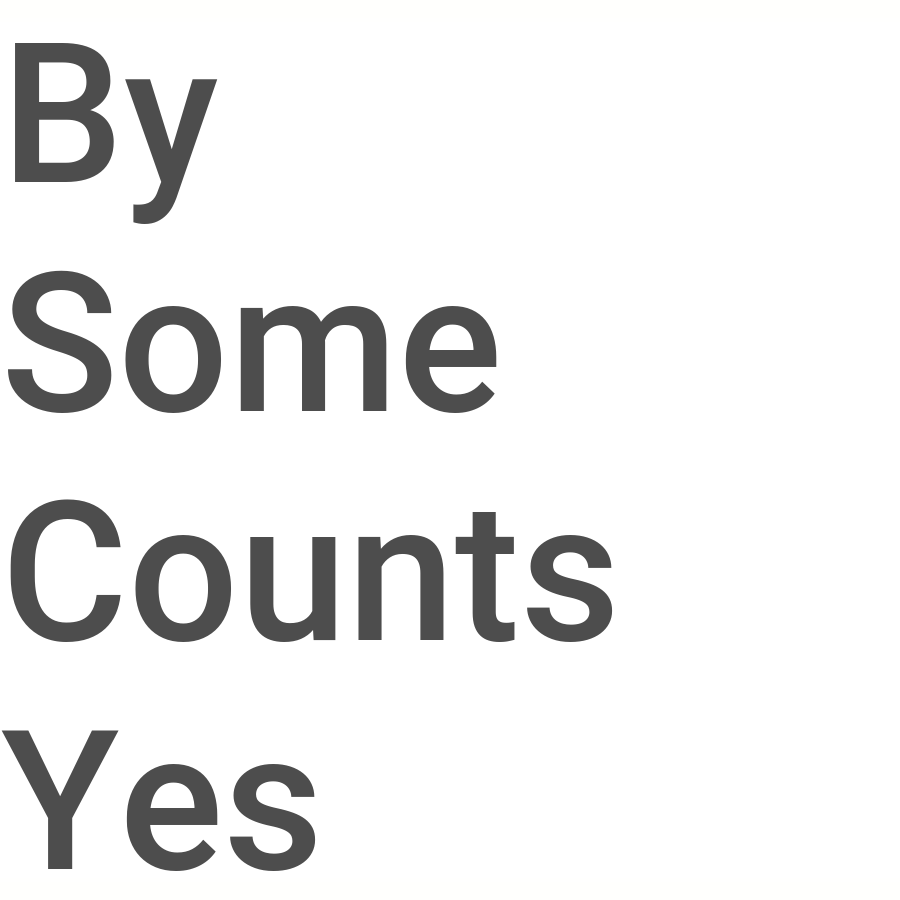 PolitiFact Rating:
By Some Counts Yes
“Including today’s shooting incident at a Texas high school, this year there have already been 22 school shootings where someone was hurt or killed.”
CNN
News Network
https://www.cnn.com/2018/03/02/us/school-shootings-2018-list-trnd/index.html?utm_source=twCNN&utm_term=image&utm_content=2018-05-18T15%3A13%3A15&utm_medium=social

Interview, Raul Reyes, spokesman for the University of Texas Medical Branch, May 18, 2018