Does ICE Have Unlimited Authority To Make Courthouse Arrests?

The unusual move is believed to be the first by the U.S. Immigration and Customs Enforcement Agency inside a Sacramento Superior Court room and follows multiple arrests by the agency inside Fresno’s local courthouse earlier this summer.

Richard Rocha, an ICE spokesman, said California’s sanctuary law has forced the agency to make more arrests in public places instead of at local jails. That law limits local law enforcement’s ability to cooperate with federal agents, though not for undocumented residents facing serious or violent felonies.

Meanwhile, the courthouse arrests have raised concerns that California’s undocumented community, which includes more than two million people, could stay away from court. Immigrant advocates worry they might avoid paying fines, testifying in trials or even seeking justice for crimes committed against themselves or family, out of fear they’ll be arrested and deported. 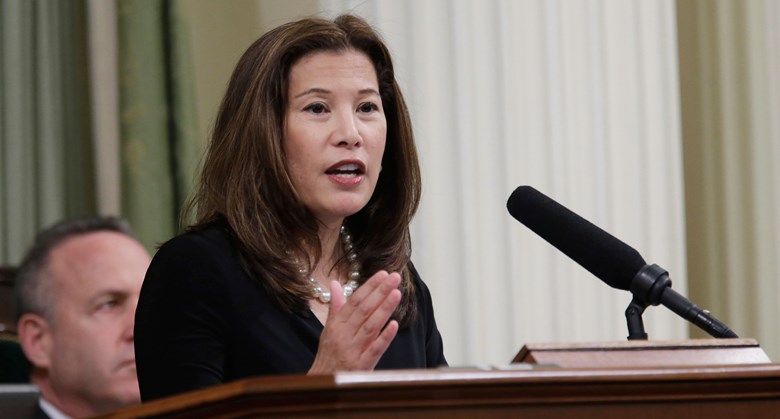 California Supreme Court Chief Justice Tani Cantil-Sakauye has acknowledged the courthouse arrests are "perfectly legal." She originally spoke out last year against them, however, saying, "Witnesses and victims will no longer come to court to report or bear witness against the bad guys, and will not report crimes."

Her comments drew a rebuke from U.S. Attorney General Jeff Sessions who criticized her characterization of ICE agents "stalking" undocumented immigrants in courthouses.

The Trump administration green-lighted the arrests in 2017 as part of its strict approach on immigration enforcement. Courthouse arrests by ICE have taken place around the country, from Colorado to North Carolina.

"I think it’s counter-productive to safety and people’s respect and loyalty to the law. So, I continue to be against that," she told Capital Public Radio.

PolitiFact California explored that topic with two immigration law experts. We found there are few limits on the agency’s power.

Rocha, the ICE spokesman, said the federal agent had a criminal warrant for the man’s arrest.

"It’s hard to say that the state court judge has any legal authority over the federal government in that circumstance," he said.

Still, Johnson said, the arrests raise questions about due process.

"What if the person is too afraid to go and protect his or her rights in the courthouse?" he questioned. "Is that a due process violation? Does it really preclude the person from having their day in court?"

The only limits are ‘self-made’

Blake Nordahl, the supervising attorney at the Immigration Clinic at the McGeorge School of Law in Sacramento, summed up ICE’s power this way:

"The limits are essentially self-made through their own internal policies," he said. "ICE can make arrests if they have probable cause in a public place."

Nordahl added that ICE continues to follow a 2011 memo issued by the agency describing "sensitive locations" where ICE agents would not make arrests. Those include schools, hospitals, places of worship and public marches and rallies.  Courthouses were never on the list, though Cantil-Sakauye has argued they should be added.

Nordahl said the courthouses arrests in California are unusual but not unprecedented.

"There were reports of it happening back in 2012 and 2013," he said. "But there was public outcry about it and the practice stopped. And it has been restarted in the last two years."

Some state lawmakers in California hope Senate Bill 349 will change that, at least for civil arrests. The bill would "clarify the power of judicial officers to prevent activities that threaten access to courthouses, including by protecting the privilege from arrest."

It would add that "no person shall be subject to civil arrest in a courthouse while attending a court proceeding or having legal business in the courthouse, and that a violation of these provisions constitutes contempt of court."

The bill was approved by the state Assembly and Senate in late August and sent to Gov. Jerry Brown for consideration.