President Donald Trump and former congressman Beto O’Rourke described the impact of immigrants and border walls in such starkly different terms that it sounded as if they were on different worlds. Yet they were rallying their supporters less than a mile away from each other.

From El Paso, Texas, on the U.S.-Mexico border, Trump spoke about the perils and pitfalls of immigration. Separately, O’Rourke, who used to represent El Paso as a Democrat in Congress, offered a more positive outlook. Since losing a 2018 bid for the U.S. Senate, O’Rourke has been seen as a potential Trump challenger in the 2020 presidential election.

At their Feb. 11 rallies, Trump and O’Rourke at times seemed to be talking both at and past each other. Some points overlapped, but their conclusions diverged. Here’s a rundown of what they said, in context.

Trump: "Thanks to a powerful border wall in El Paso, Texas, it’s one of America’s safest cities now."

O’Rourke: El Paso is "one of the safest cities in the United States of America. Safe not because of walls, but in spite of walls."

Trump’s story of El Paso — once dangerous but now safe because of a border barrier — has been fact-checked and found to be inaccurate. Trump at his rally dismissed the debunking of his claim. The facts: Data collected by the FBI shows that El Paso’s violent crime rate over a nearly three-decade period was lower than the average for similarly-sized cities. In the immediate years before and after fencing was completed at the border, the violent crime rate went up, not down as Trump claimed. Experts also say a change in crime rate can’t be attributed to one factor without a study controlling for other variables.

O’Rourke has relied on the statistics compiled by the FBI to claim that El Paso is one of the safest cities in Texas and the nation. But the FBI cautions against using the crime data to compare safety across cities. 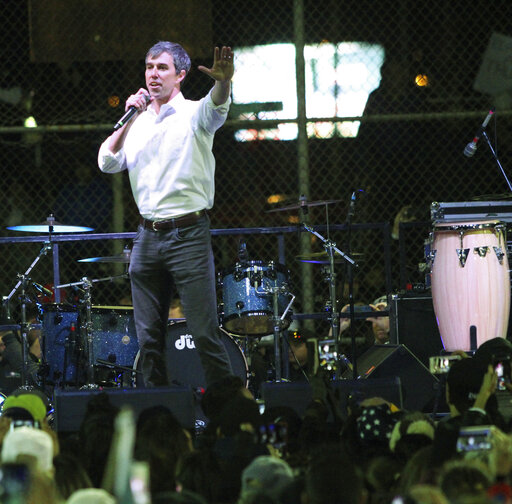 Former U.S. Rep. Beto O'Rourke speaks to a crowd inside a ball park across the street from where President Donald Trump was holding a rally inside the El Paso County Coliseum in El Paso, Texas, Monday, Feb. 11, 2019. (AP Photo/Rudy Gutierrez)
Border wall impact on human and drug trafficking

Trump: "Sex traffickers — these are the worst human beings on Earth — exploit our porous border to sell young girls and women into modern-day slavery. ... And by the way, do you think they come in through the ports of entry? I listened to the Democrats. Let me be nice, just say the Democrats. I won't be specific. And they say: oh, everything comes through the port. They don't do that. They drive out where there's no barrier no wall, they make a left. Congratulations. You're in the United States. That’s all. If you have three women tied up in the backseat of a car, you're not going through, folks, a port of entry where they do look in the backseat at least, right? Drugs pouring through the border, kills tens of thousands of innocent Americans a year, including heroin, meth, cocaine, fentanyl, so many others. ...

O’Rourke: "We know that walls do not save lives. Walls end lives. In the last 10 years, more than 4,000 children, women, and men have died trying to come to this country. ...

"And to the legitimate concerns about security and safety, knowing full well that the vast majority of everyone and everything that ever comes to the United States, crosses through one of our ports of entry. To end the scourge of illegal drug trafficking and the trafficking in human beings, let's invest in the infrastructure, the technology, and the personnel at the ports of entry, to improve our quality of life and make this a safer country."

We don’t know the source for Trump’s claim about the number of women trafficked between ports of entry. The White House did not provide information. U.S. Immigration and Customs Enforcement has data on human trafficking investigations initiated per fiscal year, but a spokeswoman told us the agency does not break down those statistics to specify how many involved trafficking between ports of entry.

Human trafficking and human smuggling are different things. Human trafficking involves the use of force, fraud or coercion to obtain some type of labor or commercial sex act, according to the Department of Homeland Security. Smuggling involves moving a person across a country’s border with that person’s consent in violation of immigration laws, DHS said.

Most of the illicit drugs smuggled into the United States make it through ports of entry, concealed in passenger vehicles or blended with legitimate goods in tractor trailers. A border barrier has little impact on that movement.

O’Rourke: Speaking about the Dreamers, young immigrants in the country illegally who came to the United States when they were children, "Let’s ensure that their genius remains here in the United States, making us a stronger, a safer, and a more successful country by their very presence."

Immigration’s impact on wages is widely debated. Some studies have found minimal or no negative impact on wages due to the arrival of low-skilled immigrants. Immigrants in the country illegally are generally barred from federal benefits, but some states have expanded access to some programs. Researchers have also found that immigrants, regardless of legal status, are less prone to commit crimes compared with the native-born population.

PolitiFact Texas rated as Mostly True Julian Castro’s claim that immigrants in the country illegally protected from deportation by Deferred Action for Childhood Arrivals were nearly all employed, in school or serving in the military. Castro served as former president Barack Obama’s Housing and Urban Development secretary and has announced a 2020 presidential bid.

Trump: "The number of illegal immigrants crossing our borders is so large that we've nowhere to hold them."

The total number of immigrants apprehended every fiscal year Trump has been in office is significantly lower than the amount apprehended annually during George W. Bush’s presidency.

Due to lack of detention space and policies on children and family detention, past administrations, including Trump’s, have released immigrants from federal custody, expecting them to come back to immigration court to resolve their cases. 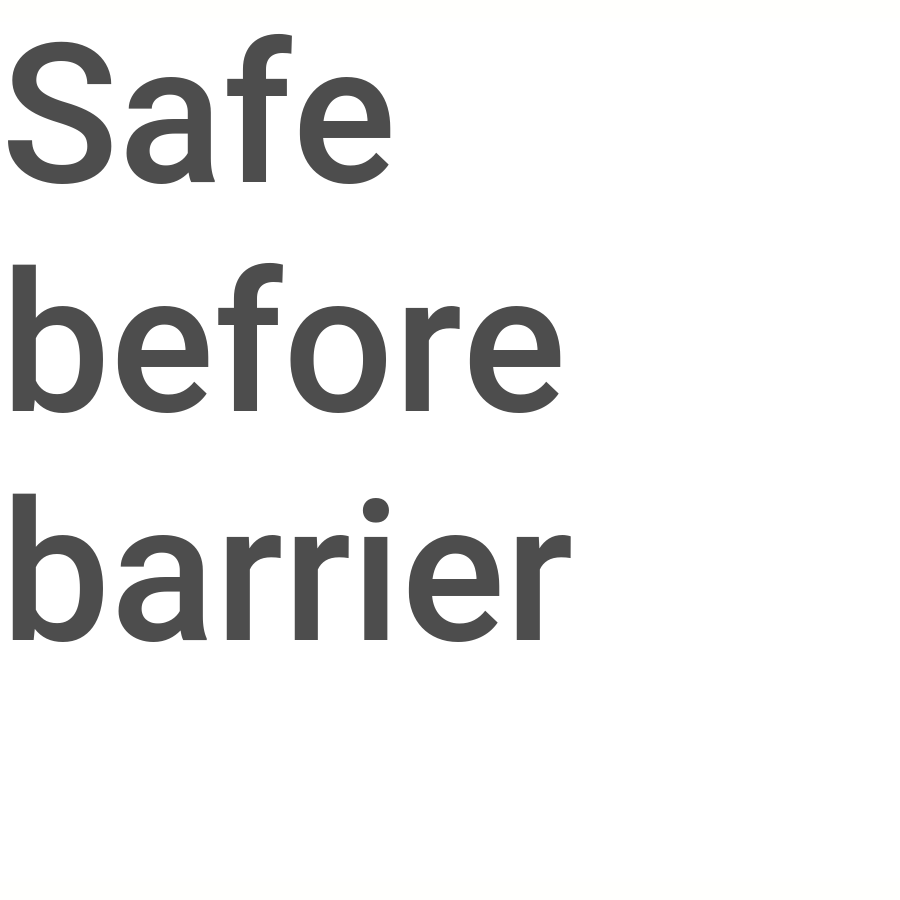 PolitiFact Rating:
Safe before barrier
"Thanks to a powerful border wall in El Paso, Texas, it’s one of America’s safest cities now."
Donald Trump
President of the United States 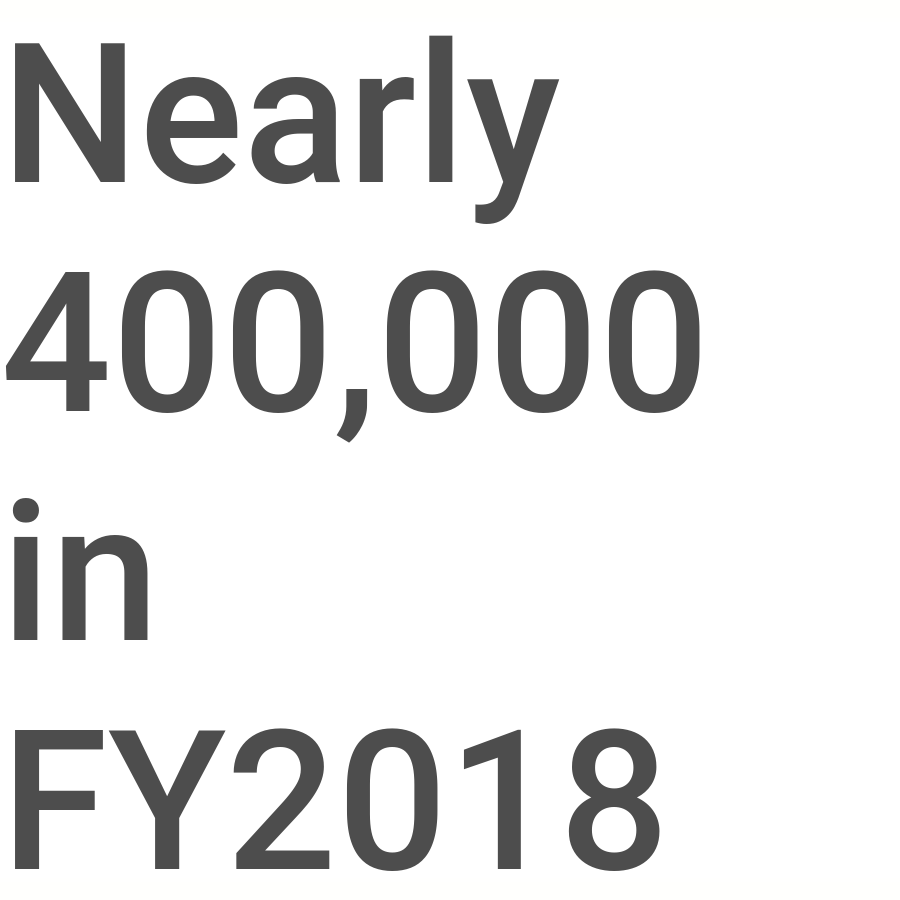 PolitiFact, No, border barrier did not drive down crime in El Paso, Texas, Feb. 8, 2019

PolitiFact, Will a border wall stop drugs from coming into the United States?, Oct. 26, 2017