As he accepted the Democratic nomination for president, Joe Biden told Americans it was time to come together and choose hope over fear, fairness over privilege, love over hate, and "facts over fiction."

We saw about that, fact-checking 12 points from Biden’s remarks to wrap our coverage of the 2020 Democratic National Convention.

Biden delivered his speech in a near-empty arena in his hometown of Wilmington, Del., hundreds of miles from the convention’s original venue of Milwaukee, Wis. The opening night set the tone for what Americans could expect from virtual, TV-style programming: shorter, values-driven speeches from Democratic stars, somber celebrity guests, little applause and even fewer balloons, and the occasional personal touch (in Rhode Island’s case, a dish of calamari) from regular folks.

Here’s the comprehensive guide to our stories and fact-checks from each of the four nights. 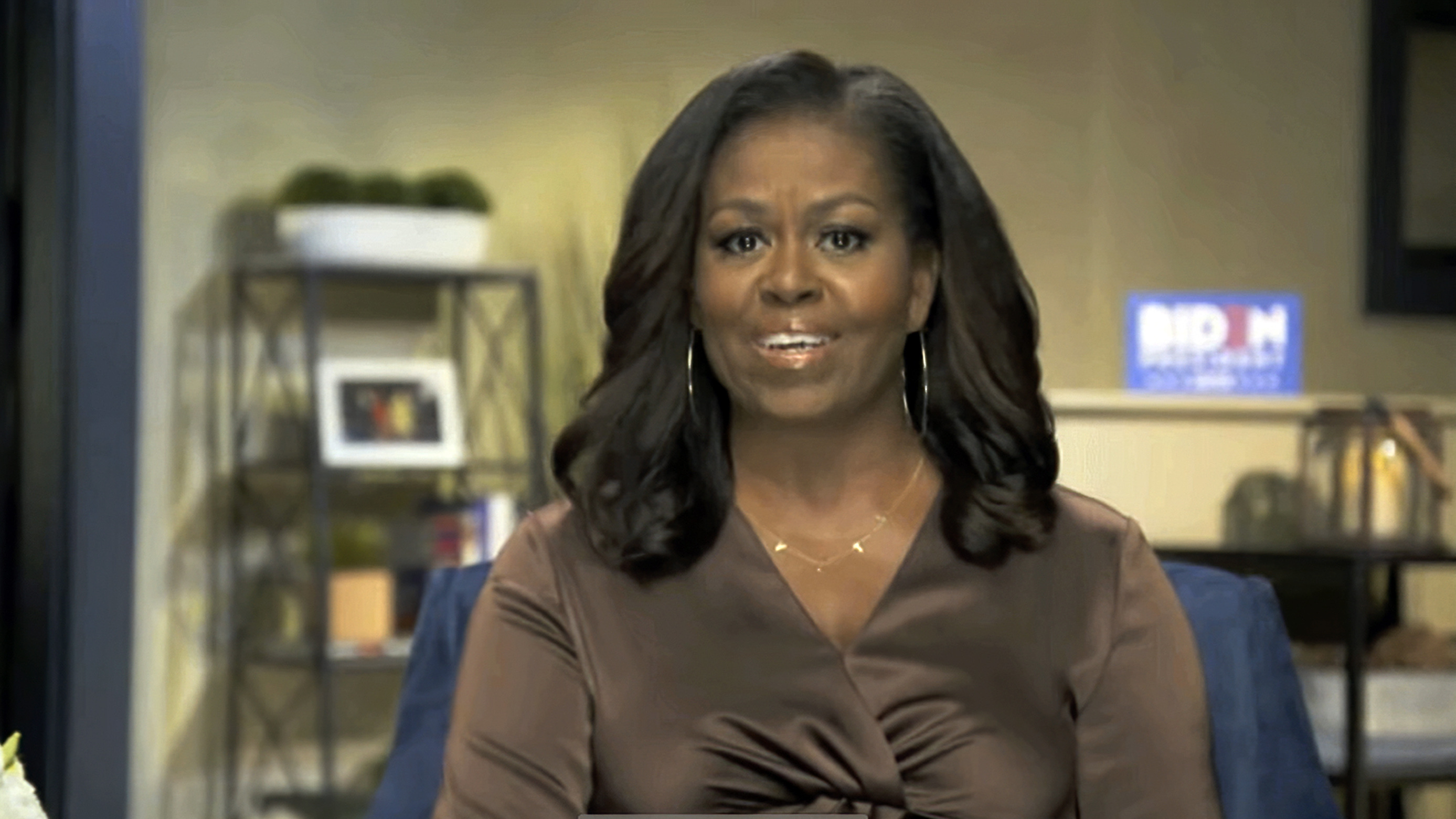 Former first lady Michelle Obama gives a speech shown during the first night of the Democratic National Convention on Aug. 17, 2020. (DNC via AP)

Fact-checking night one of the 2020 DNC

Gov. Andrew Cuomo recreated a coronavirus press briefing with PowerPoint, Sen. Bernie Sanders spoke in front of an impressive amount of firewood, and a man known only as Eric from Illinois recorded a message from his phone holding what looked like a glass of whiskey. As for the speakers’ facts, some claims were interestingly accurate while others were exaggerations.

Unlike in 2016, Michlle Obama took on Trump by name in 2020 while contrasting him with Biden, who served under her husband for eight years. She circled back to the phrase she made memorable four years ago

Senior correspondent Louis Jacobson, veteran of 13 conventions, laid out what he missed by not attending a convention in person in this wistful column. (It’s more than funny hats worn by delegates and icky lobbyist-thrown parties.)

"In one of the states that determined the outcome" of the 2016 presidential race, "the winning margin averaged out to just two votes per precinct — two votes." — Former first lady Michelle Obama

This is True. In the 2016 election, Michigan — one of three crucial states that Trump flipped from the Democrats on his way to winning the White House — had 4,810 precincts. Hillary Clinton trailed Donald Trump in the state by 10,704 votes. That works out to 2.23 votes per precinct, on average.

This is Half True. Around half a million people still receive paper checks in the mail. The vast majority — more than 63 million — get their payments electronically. 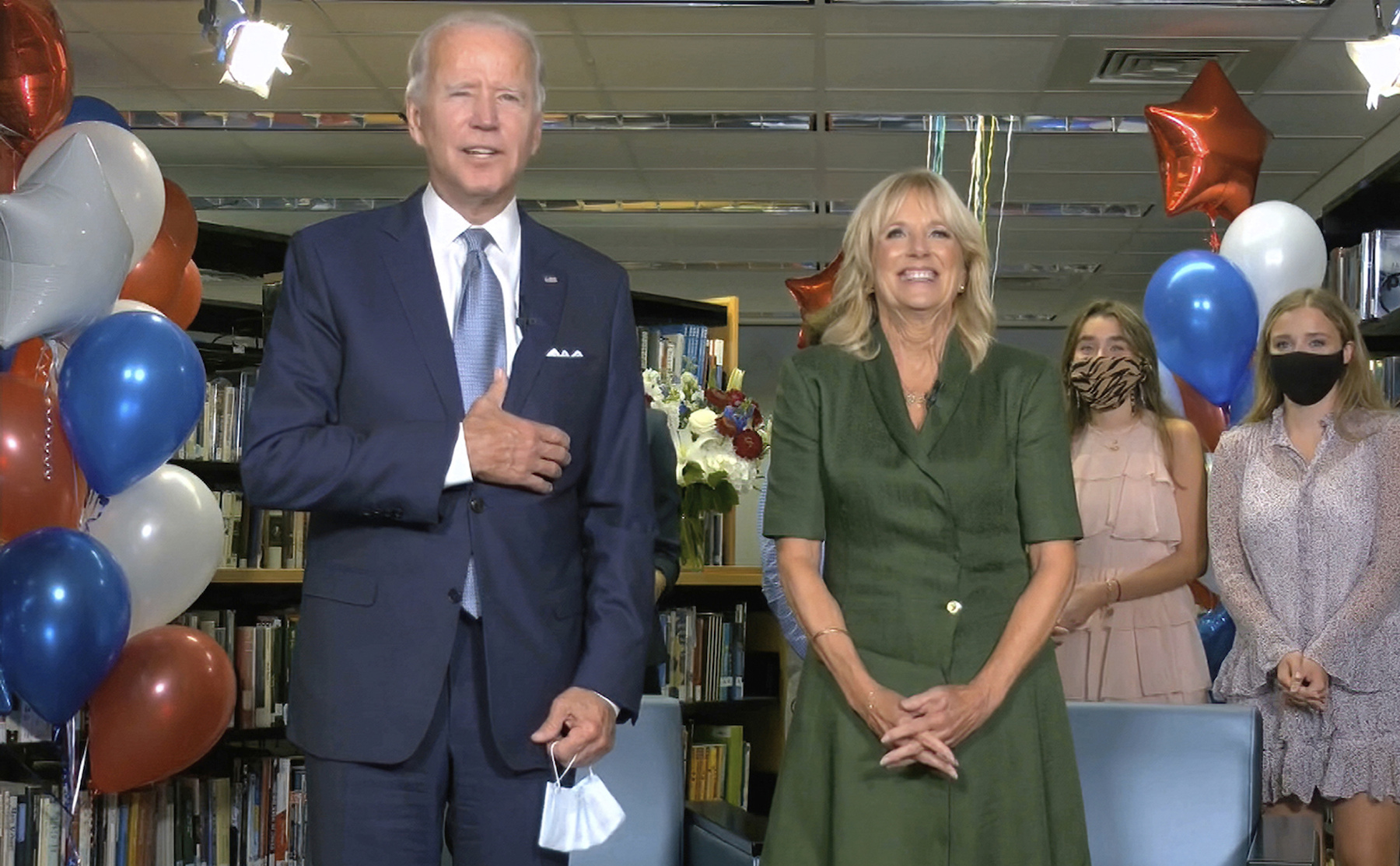 Democratic presidential candidate former Vice President Joe Biden, his wife Jill Biden, and members of the Biden family, celebrate after the roll call during the second night of the Democratic National Convention on Aug. 18, 2020. (DNC via AP)

Fact-checking the second night of the 2020 DNC

The normally raucous roll call of delegates wrapped in lowkey 2020 style, with Joe Biden and his wife Jill showing mild surprise by family members launching party poppers in a high school library. The remainder of the night featured former President Bill Clinton and former Secretary of State John Kerry giving their take on the state of the nation and how Biden would improve it. We checked a few of those claims.

Why Alexandria Ocasio-Cortez nominated Bernie Sanders at the Democratic convention

Alexandria Ocasio-Cortez had one minute in the virtual spotlight on the second night of the Democratic convention, and she used it to second the nomination of Vermont Sen. Bernie Sanders for president. But, but, but … Isn’t this all about party unity, and rallying behind Joe Biden as the nominee? We explained that her speech was not a dig at Biden. 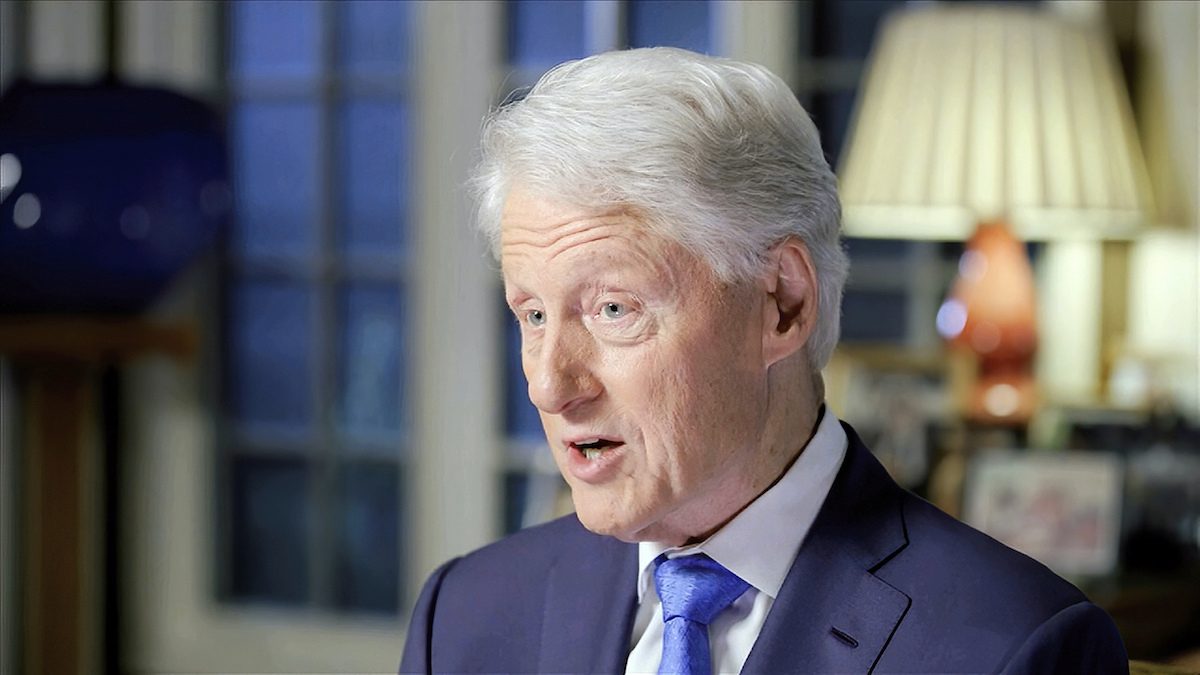 Former President Bill Clinton speaks during the second night of the Democratic National Convention on Aug. 18, 2020. (DNC via AP)

With Bill Clinton slated to speak on the DNC’s second night, some Americans were incredulous. "Anyone wanna explain to me how Bill Clinton who was photographed with the young women raped on pedophile island and on a flight log 26 times is the honored guest speaker at the 2020 DNC?" a widespread Facebook post said. We dug into Clinton’s Epstein connections and discrepancies in reported flight logs.

"Donald Trump says we’re leading the world. Well, we are the only major industrial economy to have its unemployment rate triple." — Former President Bill Clinton

Mostly True. Using the most clear-cut multi-nation comparison from the Organization for Economic Cooperation and Development, Clinton is right. It does not quite hold for the most recent U.S. data through July, and there are complications in making cross-country comparisons. 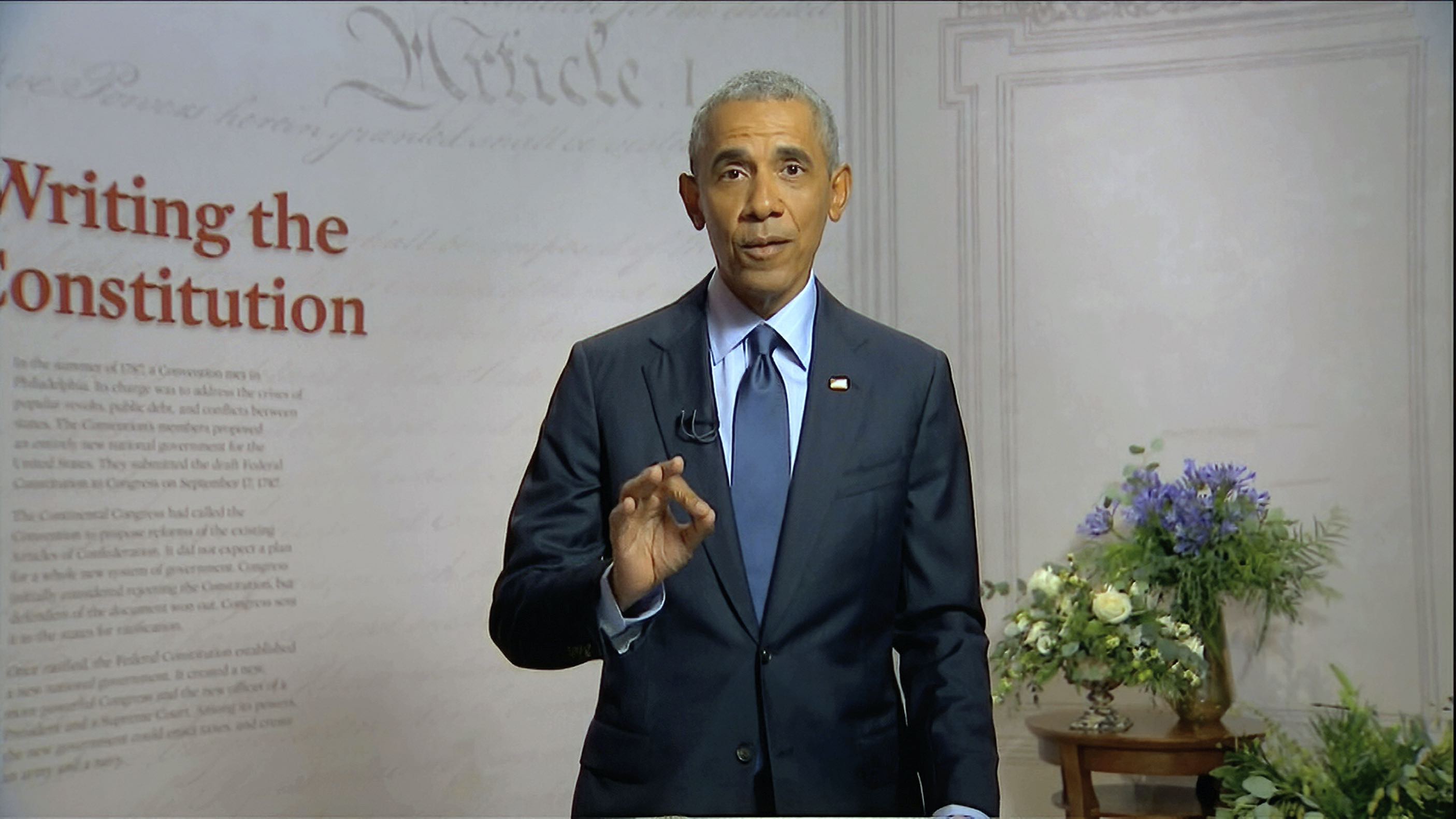 Fact-checking the third night of the 2020 DNC, with Barack Obama, Kamala Harris

Sen. Kamala Harris of California became the first Black and Asian American woman to accept the vice presidential nomination of a major political party on the convention’s third night. Along with former President Barack Obama, Harris issued a scathing indictment of President Donald Trump’s handling of the COVID-19 pandemic. A few talking points needed clarification. Hillary Clinton missed context as she pointed out gains of the wealthiest Americans through the pandemic, and the former labor secretary was wrong about Obama and Biden extending overtime pay for white-collar workers.

The deluge of false attacks against Kamala Harris

PolitiFact fact-checked many claims attacking Harris’ family roots and career as a politician and prosecutor, and even her music preferences, in the week after Biden selected her as his running mate. Some are distortions; others are outright fabrications. 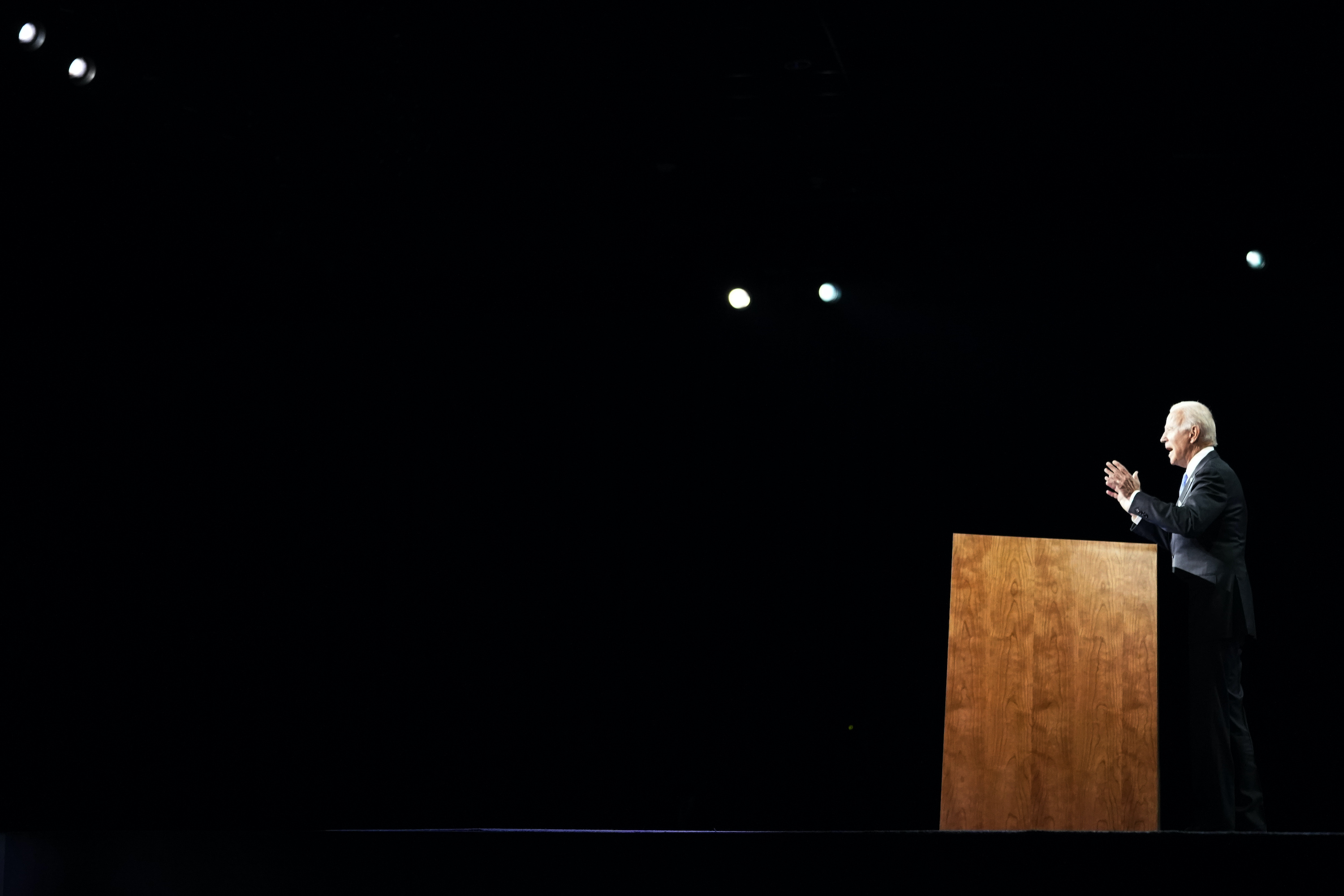 When he wasn’t emphasizing the side of light over darkness, Biden offered a blunt critique of Trump’s handling of the COVID-19 pandemic. Our review of 12 claims show Biden was largely right about the pandemic’s toll on the U.S. economy and American lives. But Biden went too far in saying Trump had no plan for it at all, and his one-sided depiction of the GOP-led tax law ignored the benefits for lower- and middle-income Americans.

See fact-checks and stories linked within the text.