Pence's attacks on Democratic presidential nominee Joe Biden, on the other hand, were sometimes misleading, incomplete or wrong.

Jump to our fact-checks of false or misleading claims made by other RNC speakers. 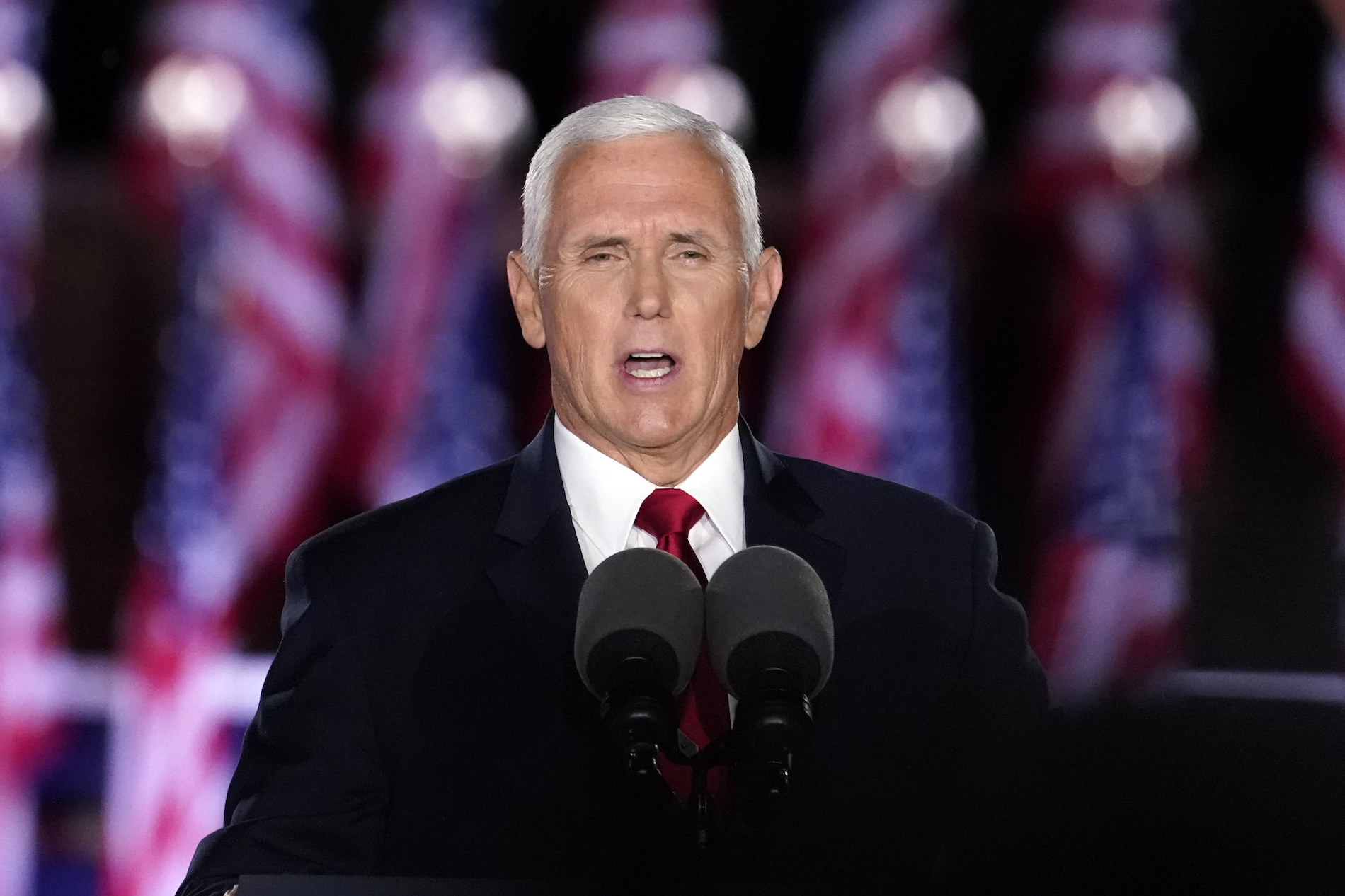 This is Mostly False. (Trump made the same claim in July.)

Pence took Biden’s remarks from an interview with liberal activist Ady Barkan out of context. Biden is opposed to defunding the police.

Barkan said deadly police encounters with citizens could be reduced if some police funding were redirected to social services, mental health counseling and affordable housing. "Are you open to that kind of reform?" Barkan asked.

Biden replied: "Yes. I proposed that kind of reform."

Biden did not speak about reducing police funding. He talked about police using military equipment in their communities. Barkan then interjected, asking about the military equipment: "But do we agree that we can redirect some of the funding?"

Biden has proposed more federal funding for community policing and has said he is open to shifting some police funding to services such as mental health counseling.

"President Trump marshalled the full resources of our federal government (to deal with the coronavirus) from the outset. He directed us to forge a seamless partnership with governors across America in both political parties."

Revisionist history. After declaring a national emergency over the health crisis on March 13, Trump directed governors to order their own ventilators, respirators and supplies, saying the federal government is "not a shipping clerk." Governors say the disjointed response left states bidding against one another and the federal government for access to critical equipment.

New York Gov. Andrew Cuomo said it was akin to competing on eBay with 50 other states and the Federal Emergency Management Agency. Maryland Gov. Larry Hogan, a Republican, pleaded for better coordination to ensure that supplies were distributed based on need.

As late as July, some governors were calling on the feds for help and not getting what they needed. There were shortages of testing supplies, as well as personal protection gear. Washington state asked for 4.2 million N-95 respirators. It got a bit under 500,000. It asked for about 300,000 gowns. It got about 160,000.

"Before the first case of the coronavirus spread within the United States, the president took unprecedented action and suspended all travel from China."

Pence’s timeline is wrong, and Trump didn’t ban "all" travel from China; there were exemptions.

According to the New York Times, about 40,000 people traveled from China to the United States in the two months after Trump announced travel restrictions, and 60 percent of people on direct flights from China were not U.S. citizens.

"As we speak we’re developing a growing number of treatments, including convalescent plasma, that are saving lives all across the country."

This requires context. Days before Pence’s speech, the Food and Drug Administration authorized the use of convalescent plasma for the treatment of hospitalized COVID-19 patients. This treatment involves isolating COVID-19 antibodies from the plasma of people who have recently recovered from the virus and injecting the antibodies into patients in the early stages of the illness.

Although the Trump administration has said this treatment shows some encouraging early findings, the data they shared was based on a Mayo Clinic preliminary analysis that has not been peer reviewed. Clinicians and researchers have urged caution, maintaining that more research is necessary before a survival benefit is proven. They also question the timing of the authorization — which came on the eve of the Republican convention.

This is a mix of misleading and accurate characterizations of Biden’s positions.

"Where this president achieved energy independence for the United States, Joe Biden would abolish fossil fuels (and) end fracking."

The United States isn’t energy independent; it continues to import oil and natural gas, but the U.S. is close to regularly producing more energy than it consumes.

Beyond that, Pence offered a misleading portrayal of Biden’s positions on fossil fuels and fracking.

Overall, Biden’s plan calls for the U.S. to reach net-zero emissions by 2050. Biden plans to pay for his plan by raising the corporate income tax rate, increasing taxes on wealthy Americans and using stimulus money.

Biden’s plan aims to wean the country off of fossil fuels. It says he would end subsidies for fossil fuels and redirect those resources to investments in clean energy infrastructure.

Biden has not called for banning hydraulic fracturing, or "fracking," outright. He would block the federal government from issuing new permits for drilling on public land and would allow existing fracking operations to continue. He spoke inaccurately about his stance on fracking during a Democratic primary debate in March; his campaign had to clarify that official position hadn’t changed.

The Committee for a Responsible Federal Budget, which takes a hawkish view on federal spending, estimated that Trump had signed laws requiring $4.7 trillion in new debt, roughly half from tax cuts and half from spending increases.

"James Madison was just 25 years old when he signed the Declaration of Independence."

"Mobs torched our cities while popular members of Congress promote the same socialism my father fought against in World War II."

The United States didn’t fight socialists in World War II. The U.S. fought fascists (Germany and Italy) and an empire (Japan). The U.S. fought on the same side as communists (the Soviet Union). 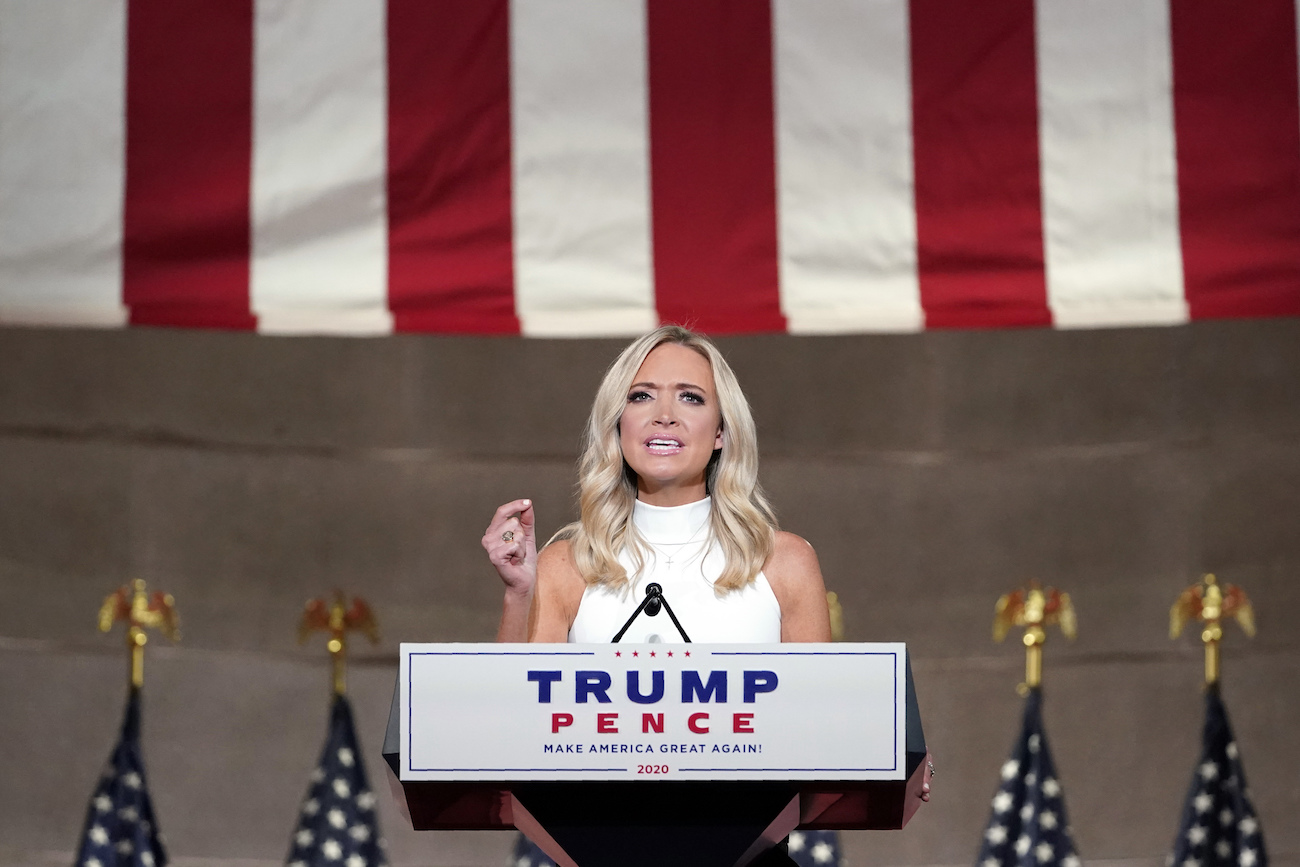 "I can tell you that this president stands by Americans with preexisting conditions."

McEnany was sharing her personal story of having a preventive mastectomy to minimize her risk for breast cancer, which was prevalent in her family. Trump called to see how she felt after her surgery and, she said, has since continued to be a source of support.

The Affordable Care Act, which was signed into law by President Barack Obama in 2010, put in place these protections. Trump has supported overturning the ACA. In 2017, Trump supported congressional efforts to repeal the ACA. The Trump administration is now backing the efforts to overturn the ACA via a court case. He has also expanded short-term health plans that don’t have to comply with the ACA.

Pelosi was relaying the words of the intelligence community. Intelligence officials have shared few public details, but their core finding was that Russia aimed to undercut Biden, while China and Iran didn’t want Trump to win. 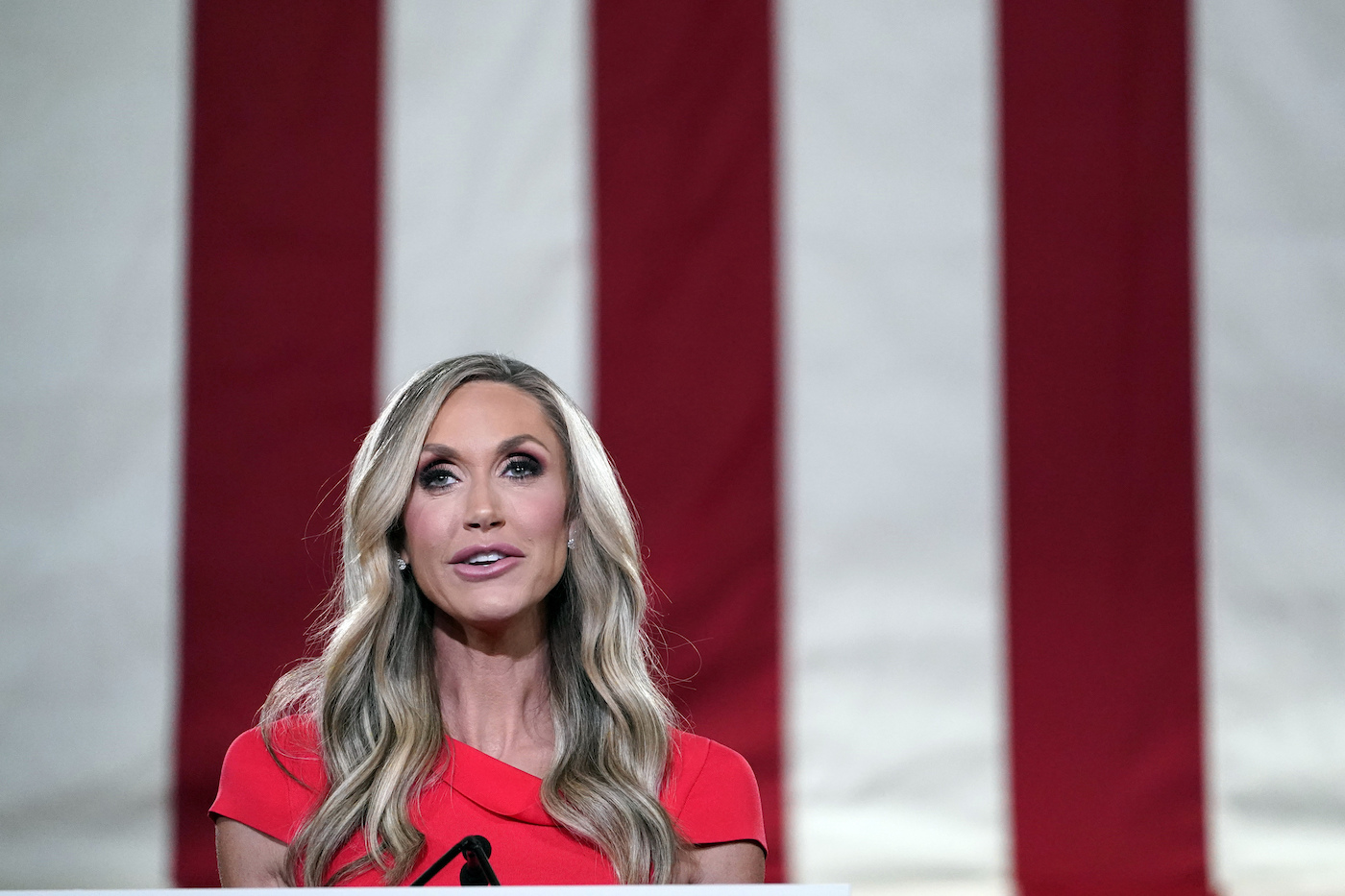 "Abraham Lincoln once famously said, ‘America will never be destroyed from the outside. If we falter and lose our freedoms, it will be because we destroyed ourselves’."

Lincoln didn’t say that. "It is not accurate, in that Lincoln never spoke or wrote it. But it is not totally fabricated either," Christian McWhirter, a Lincoln historian at the Abraham Lincoln Presidential Library and Museum, told PolitiFact.

On Jan. 27, 1838, Lincoln spoke before the Young Men’s Lyceum of Springfield, Ill., about "the perpetuation of our political institutions."

During that address, Lincoln said: "At what point then is the approach of danger to be expected? I answer, if it ever reach us, it must spring up amongst us. It cannot come from abroad. If destruction be our lot, we must ourselves be its author and finisher. As a nation of freemen, we must live through all time, or die by suicide."

"This Democratic Party of Joe Biden is pushing the so-called Green New Deal. If given power, they would essentially ban animal agriculture and eliminate gas-powered cars."

"Net-zero" means balancing the amount of carbon emissions caused by humans (things like gas-powered cars) with a similar amount of things that can remove carbon dioxide from the environment (like restoring forests).

"The Obama-Biden administration secretly launched a surveillance operation on the Trump campaign."

This is wrong because it ignores the firewall between the FBI and the White House. The FBI did investigate four people with some degree of ties to the Trump 2016 campaign. But there’s no evidence that former President Barack Obama initiated that work.

That FBI investigation itself has been the subject of investigations by the Justice Department and Congress. Not one concluded that the FBI lacked good reason to launch the investigation. Not one found that Obama initiated or meddled in the FBI’s work.

2020 is not what any of us expected. We thought we’d be fact-checking a spirited political debate about the economy, health care and more ahead of voting in November.

Well, we’re still doing that, but in the midst of the worst public health crisis in a century.

And, while it’s never been more essential to read our fact-checking, PolitiFact is not immune from the economic uncertainty that the pandemic brings. We’re doing everything in our power to expand our coverage of both COVID-19 and Election 2020 as a public service to all those who need it. Without a paywall, we’re humbly asking for donations from readers like you to support our newsroom as we continue to provide you with the truth.