President Donald Trump says he and his administration’s Operation Warp Speed deserve credit for the promising news from biotech companies about vaccines to prevent COVID-19.

Drugmakers Pfizer and Moderna announced that preliminary data for their vaccines show they are 95% and 94.5% effective, respectively, against COVID-19. The companies plan to request emergency-use authorization from the U.S. Food and Drug Administration.

"Another Vaccine just announced. This time by Moderna, 95% effective. For those great ‘historians’, please remember that these great discoveries, which will end the China Plague, all took place on my watch!" Trump tweeted Nov. 16.

Vice President Mike Pence similarly tweeted: "On January 13, 2020 @moderna_tx partnered with President @realDonaldTrump & @NIH to develop a vaccine for the American people! Today, Moderna announced their vaccine is 95% EFFECTIVE! Operation Warp Speed is a success because of the strong leadership of this President!"

In their own recent announcements, Moderna gave Operation Warp Speed a nod, while Pfizer didn’t mention it. That can be explained by the different partnerships the Trump administration struck with the two companies.

The federal government’s deal with Pfizer would pay for the purchase of the company’s vaccine if it gets FDA emergency use authorization or approval. So Pfizer hasn’t gotten any Warp Speed funding yet. With Moderna and other companies, by contrast, the government is helping to fund the vaccines’ development and various efforts to scale up manufacturing.

Those differences may influence who can claim the credit for the breakthroughs at this stage. But in either case, it’s clear the federal government is playing a significant role in the multi-pronged effort to develop and test vaccine candidates, manufacture them in large quantities and distribute them nationwide.

Historically, vaccine development, testing and approval take years, in part because of tight resources. The goal of Operation Warp Speed is to break down hurdles and produce and deliver 300 million doses of safe and effective COVID-19 vaccines by January 2021 — about a year after the novel coronavirus emerged in China. Beyond vaccines, Operation Warp Speed also oversees the accelerated development, manufacturing and distribution of therapeutics and diagnostics for COVID-19.

Operation Warp Speed, launched in May, is a partnership among agencies within the Department of Health and Human Services and the Defense Department. HHS is leading vaccine development efforts while the Defense Department is helping guide distribution. Operation Warp Speed also includes partnerships with private firms; companies can pitch to the federal government products and technologies to combat the coronavirus.

The chief federal office leading investment in the research, development and manufacturing of COVID-19 vaccines (and other therapeutics) is the Biomedical Advanced Research and Development Authority, part of HHS.

Agreements with some companies include federal funding for a share of development costs. In those cases, the government reimburses the company as the work is completed, HHS said.

The Trump administration, now nearing its end, is claiming credit for the vaccine breakthroughs on its watch. Still, experts say that it likely will be several months before doses are available for the vast majority of Americans. Health care workers and first responders who are routinely exposed to the coronavirus would likely get priority to be vaccinated.

Some of the investigational vaccines being developed with federal support may require one shot; others may require an initial shot and then a booster, according to HHS.

HHS Secretary Alex Azar said Nov. 18 that — pending FDA authorization for the Moderna and Pfizer vaccines — the federal government expected to have about 40 million doses of the vaccines available for distribution by the end of December. "Enough to vaccinate about 20 million of our most vulnerable Americans, and production would continue to ramp up after that," Azar said. 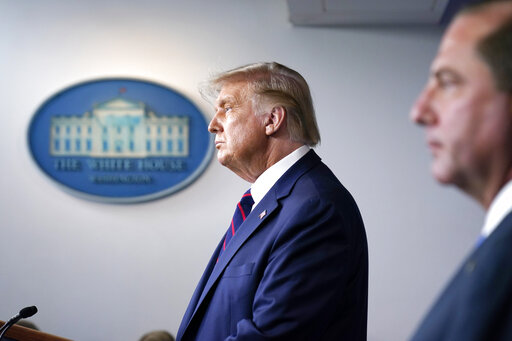 The U.S. government committed $1.95 billion for large-scale manufacturing and delivery of 100 million doses of a COVID-19 vaccine from Pfizer and BioNTech. Pfizer’s vaccine would need to get emergency-use authorization or approval from the FDA.

The agreement also allows the United States to acquire up to 500 million additional doses.

The U.S. government did not fund the companies’ research and development.

Pfizer chose to risk its own money on vaccine research and not take federal funding in order to avoid bureaucracy and politics, Pfizer’s CEO Albert Bourla said. He said its investment so far was at least $1.5 billion.

"I wanted to liberate our scientists from any bureaucracy," Bourla told CBS in September. "When you get money from someone that always comes with strings. They want to see how you are going to progress, what type of moves you are going to do. They want reports. I didn't want to have any of that.

"Basically I gave them an open checkbook so that they can worry only about scientific challenges, not anything else," he said. "And also, I wanted to keep Pfizer out of politics, by the way."

The federal government committed up to $955 million to Moderna for the development of a COVID-19 vaccine.

In April, Moderna said it was getting $483 million from the government, and that the money would be used for late-stage clinical development programs and to scale up vaccine manufacture. In July, Moderna said it got a commitment of an additional $472 million.

In the Nov. 16 announcement of the vaccine’s efficacy, Moderna CEO Stéphane Bancel thanked "partners at BARDA and Operation Warp Speed who have been instrumental to accelerating our progress to this point."

Moderna said that if it received emergency-use authorization, it expected to have approximately 20 million doses of the vaccine ready to ship in the United States by the end of 2020.

Investment in other vaccines

Johnson & Johnson: The U.S. awarded Johnson & Johnson $456 million for clinical trials and other vaccine development activities. Under a separate $1 billion agreement, the U.S. is expected to acquire 100 million doses of J&J’s vaccine, and can buy more doses. The doses could be used in clinical trials, or if authorized by the FDA, distributed as part of a vaccination campaign.

AstraZeneca: The U.S. is providing up to $1.6 billion for the development, manufacturing, and delivery of AstraZeneca’s vaccine candidate, which is being developed with the University of Oxford. The agreement calls for 300 million doses, which would need to get FDA approval or emergency-use authorization to be used in the United States.

Novavax: The U.S. awarded $1.6 billion for late-stage clinical development of Novavax’ vaccine candidate, including a Phase 3 clinical trial, large-scale manufacturing, and the delivery of 100 million doses. HHS said the doses would be available for use in clinical trials or, if FDA grants emergency use authorization or approves the investigational vaccine, the government could distribute the doses as part of a vaccination campaign.

Sanofi and GlaxoSmithKline: The U.S. is providing about $2.1 billion for the development, clinical trials, manufacturing and delivery of 100 million doses of a vaccine from Sanofi and GlaxoSmithKline. Under the agreement, the U.S. government can get an additional 500 million doses longer term. The doses could be used in clinical trials or if authorized by the FDA, as part of a COVID-19 vaccination campaign.

RELATED: COVID-19 vaccine update: What to know about Pfizer and Moderna’s announcements

FDA.gov, FAQs on Emergency Use Authorizations (EUAs) for Medical Devices During the COVID-19 Pandemic