President Donald Trump is seen on a network monitor after his pre-recorded farewell speech was released, inside the Brady Press Briefing Room at the White House on Jan. 19, 2021. (AP)

• Some of Trump’s biggest campaign promises were not enacted, including building a wall and having Mexico pay for it, repealing the Affordable Care Act, and achieving 4% economic growth.

• Other key promises were partially fulfilled, including cutting taxes for every American and eliminating some of President Barack Obama’s immigration policies.

• That said, Trump did implement several key promises, including installing conservative judges, levying tariffs, moving the U.S. embassy in Israel to Jerusalem, and pulling out of the Paris climate accord.

As president, Donald Trump had a mixed record in keeping his promises.

Since Trump’s inauguration in 2017, PolitiFact has tracked 102 pledges Trump made to voters during the 2016 campaign. As he leaves office, our final report on the Trump-O-Meter shows he kept 25 promises, compromised on 23 and broke 54.

Here’s a look at some of the highest-profile promises Trump made before taking office turned out. 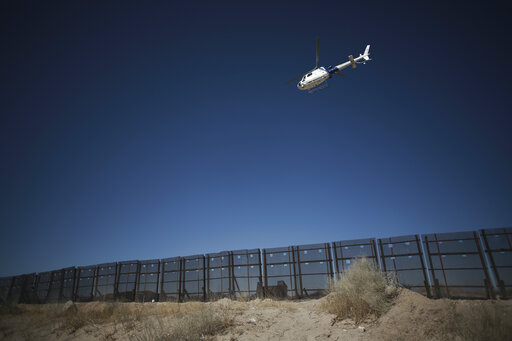 A Customs and Border Protection helicopter flies over older metal fencing dividing Ciudad Juarez, Mexico, from Sunland Park, N.M., in an area where workers have begun laying the foundations for a new steel wall on Jan. 12, 2021. (AP)

Build a wall, and make Mexico pay for it

The U.S.-Mexico border spans approximately 2,000 miles, and about a third of it already had barriers erected by the U.S government over the past few decades. On Trump’s watch, the total with barriers increased by only 40 miles. Most of the work was updating existing barriers. It wasn’t paid for by Mexico, but rather U.S. taxpayers. 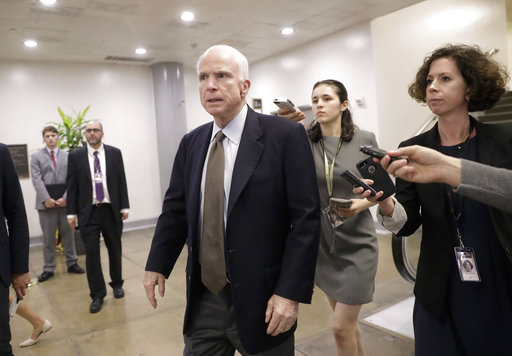 Sen. John McCain, R-Ariz., speaks with reporters after Senate Republicans released a bill to scuttle much of the Affordable Care Act on June 22, 2017. McCain would later cast a key vote against the GOP bill. (AP)

The promise to repeal and replace the Affordable Care Act, the sweeping health insurance law also known as Obamacare, regularly drew roars of approval at Trump campaign rallies. There was a two-year window when Republicans held both the House and the Senate that President Donald Trump might have had enough votes to deliver. But the effort fell short in 2017 when three Senate GOP defectors stalled the Republicans' best hope for repeal.

Despite Trump's aggressive pro-business agenda, the results on his watch were mediocre for the manufacturing sector, even before the coronavirus pandemic drove the U.S. economy into its first recession in a decade. Manufacturing employment did increase from mid 2017 to early 2019, but at roughly the same pace as it did for most of Obama's tenure. For a while it stagnated, then fell off a cliff as the pandemic hit. Gross manufacturing output also plateaued beginning in 2018.

Grow the economy by 4% a year

Cut taxes for everyone

One of Trump’s biggest legislative achievements was the passage of a tax overhaul bill in 2017. The bill gave the vast majority of Americans a tax cut, at least in the early years after passage. But while there were more winners than losers in every income group, at no point was "everybody" on track to get a tax cut. 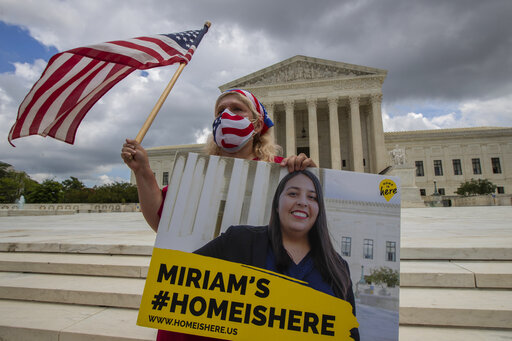 Obama enacted two programs to protect people from deportation. One is Deferred Action for Childhood Arrivals, or DACA, which protects eligible young immigrants from deportation. After legal skirmishing, DACA remains in force. The second program, Deferred Action for Parents of Americans and Lawful Permanent Residents, or DAPA, never went into effect. 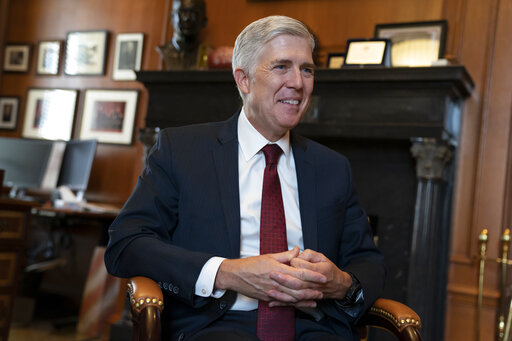 Associate Justice Neil Gorsuch, President Donald Trump's first appointee to the high court, in his chambers at the Supreme Court on Sept. 4, 2019. (AP)

Nominate someone from his list of justices to replace Antonin Scalia

Early in his presidency, Trump nominated Judge Neil Gorsuch to fill the late Justice Antonin Scalia's seat on the Supreme Court. It was the first of three Supreme Court justices named by Trump and confirmed by the Senate. In addition, the Senate confirmed more than 200 judges nominated by Trump to federal appeals court and district court vacancies.

Trump signed a replacement for the North American Free Trade Agreement into law in January 2020, fulfilling a campaign promise to rewrite a deal that he had labeled "a disaster." The new agreement, named the U.S.-Mexico-Canada Agreement, was a bipartisan effort that mostly updated the 1994 accord. The USMCA changed the ground rules for the automobiles industry, digital products, intellectual property, the Canadian dairy market, and labor and environmental standards.

Raise tariffs on goods imported into the U.S.

Trump levied tariffs on imports from countries that he believed were cheating the U.S., including but not limited to China. Trump placed tariffs on solar panels, washing machines, steel and aluminum, and billions of dollars worth of Chinese goods. As of January 2020, the U.S. had imposed tariffs on 16.8% of imported goods, measured as a share of the value of all U.S. imports in 2017, the year before the first Trump tariffs were imposed. 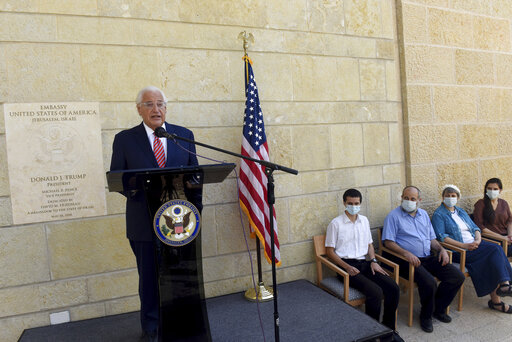 Trump made good on his promise to move the U.S. embassy to Jerusalem in 2018, when he unveiled an interim embassy in a U.S. consular building. Trump pledged commitment to facilitating a lasting peace agreement between Israel and Palestine. But Palestinians and European allies viewed the embassy move as a step in the wrong direction for a peace deal.

In 2017, Trump pulled the United States out of the Paris climate agreement, an international accord negotiated by almost 200 countries that aims to curb climate change by reducing greenhouse gas emissions. It was considered one of the strongest environmental policy legacies of Obama's tenure. However, Joe Biden promised to rejoin the agreement during his presidency.