As they campaign to win election in November, Republicans are blaming Democrats for record-high gas prices, and Democrats are shifting the blame to oil companies.

Florida Republican Marco Rubio used a 39-second video ad that attacked the most prominent roadblock to his re-election, Democratic Rep. Val Demings. It featured news clips about high prices at the pump. Then these words appeared:

Rubio’s claim was vague, as was the response from Demings’  campaign when PolitiFact inquired about her support for U.S. oil production. Her campaign cited Demings’ call for penalizing companies that don’t use existing drilling permits to produce oil.

We decided to dig deeper: Would their proposals lower gas prices?

Energy experts from industry and academia told PolitiFact that, by and large, neither Democrats nor Republicans have advanced useful proposals.

Campaign rhetoric aside, gas prices mostly depend on global supply and demand, so U.S. policies can have little impact on gas prices, at least in the short term.

But the experts said that there are steps elected officials can take that could make a difference in the long run.

Among them: Making investors more comfortable about investing in U.S. oil production while continuing the move toward renewable energy.

How the pandemic and war in Ukraine affect gas prices

The national average price for a gallon of gas was $5 on June 13, according to the latest weekly figures from the federal Energy Information Administration. That’s nearly $3 higher than roughly two years ago, during the early days of the coronavirus pandemic, when economic activity was at a low point.

Producers of gasoline reduced supplies early in the COVID-19 pandemic because not many people were moving around due to travel restrictions. Then, as restrictions eased and the economy began recovering, production and supplies were slow to catch up to demand. So gas prices rose. The pandemic also affected supplies of the necessary hardware for oil production, and companies had problems finding enough workers.

Russia’s invasion of Ukraine is another factor causing high gas prices. War makes markets worry, and the U.S. and Europe reduced their use of Russian energy, which shrunk available supplies.

"Gasoline prices are still being driven by the COVID hangover as well as the geopolitical situation in Ukraine. Basically, all the movement in both oil and gasoline prices can nearly completely be explained by these two factors," said Hugh Daigle, a professor in the University of Texas at Austin Department of Petroleum and Geosystems Engineering. 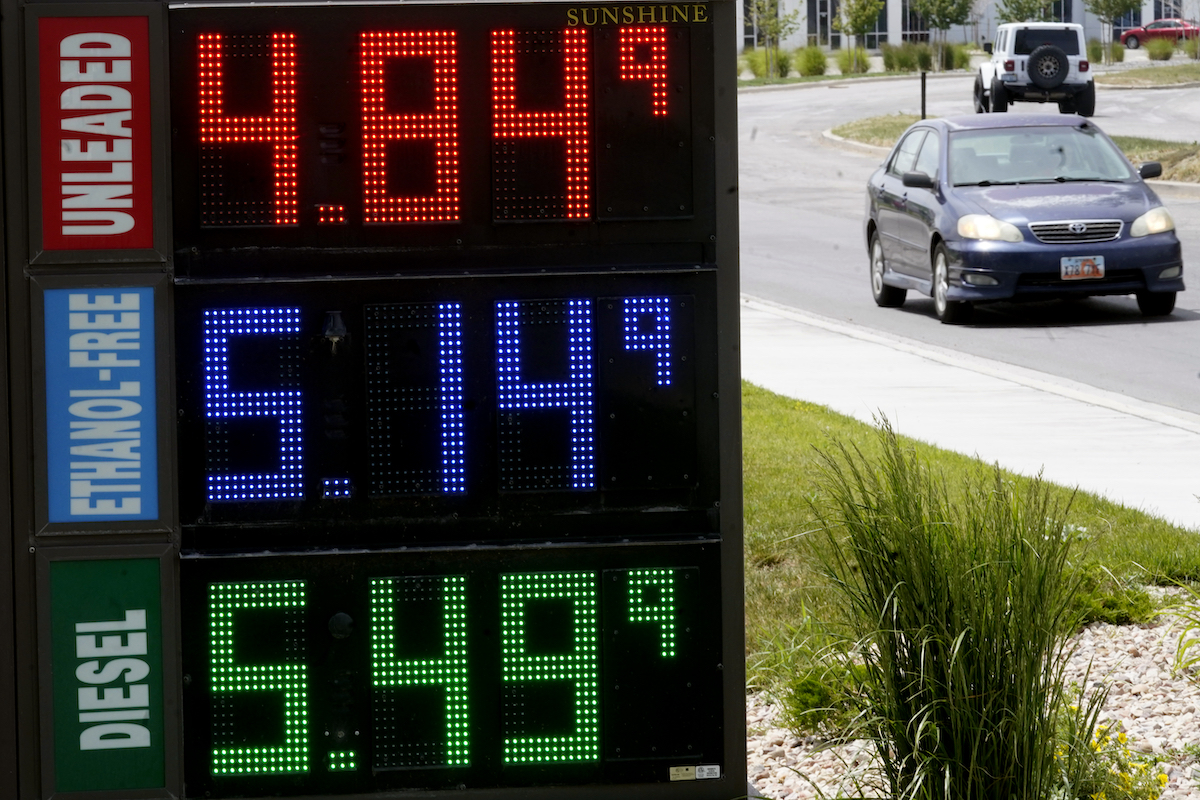 Democrats like Demings have proposed penalties for oil producers with unused drilling permits. Oil and gas experts told PolitiFact that wouldn’t do much.

At the end of 2021, there were about 9,000 approved permits to drill on federal and Indian lands. Those permits included those issued under Biden and those still active from Trump’s administration.

But drilling generally doesn’t start as soon as a permit is issued.

Sometimes, companies must obtain rights-of-way from landowners near the leased lands. They also work on plans to contract a rig in a way that will be economically advantageous for the companies, among other things. Companies also weigh whether it makes more financial sense to drill quickly, or wait.

Jennifer Pett Marsteller, a spokesperson for the Independent Petroleum Association of America, which represents oil and natural gas producers, said companies "have every incentive to develop the resources they win leases for," so penalties won’t speed up drilling.

"It’s a much more complicated process than simply having a lease issued and starting drilling," she said.

It typically takes at least eight months to drill a well and, if oil is found, get the oil to market, according to the Bipartisan Policy Center. But with supply chains disrupted around the world due to the pandemic, that’s all taking even longer. 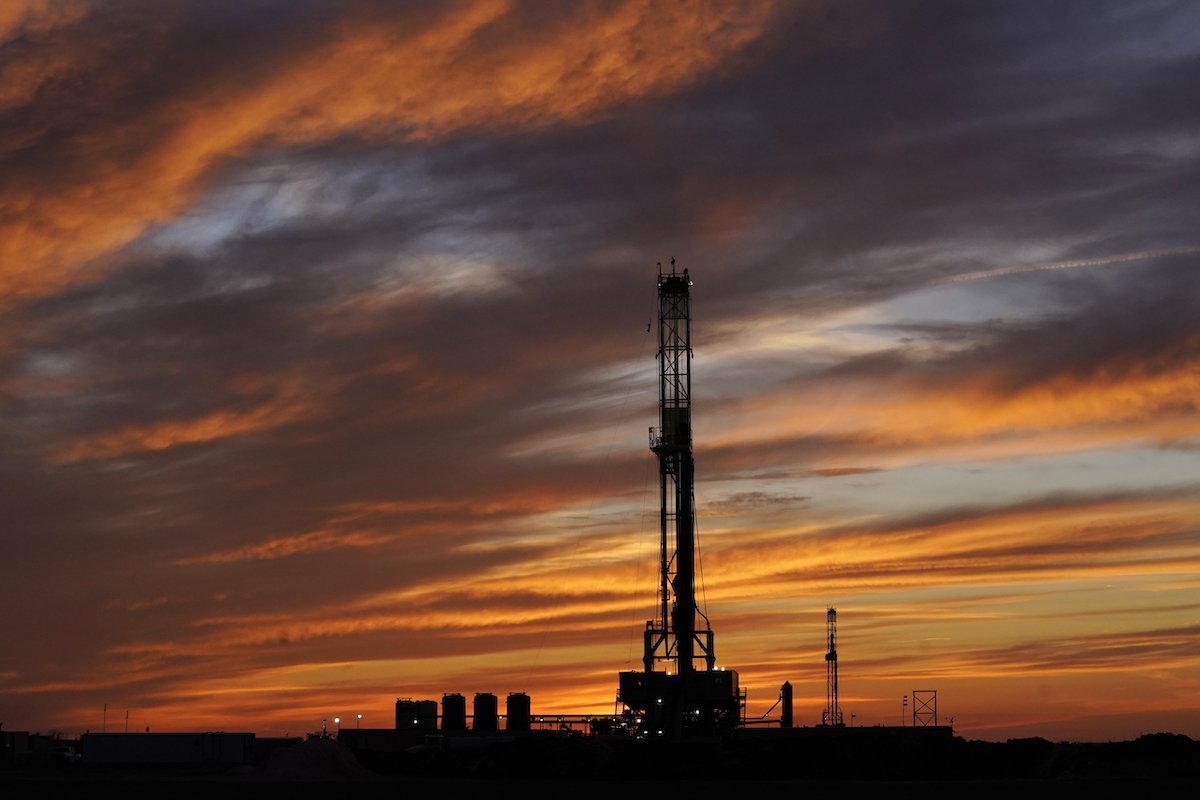 Republicans have said they want to see drilling permits issued faster. Rep. Debbie Lesko, R-Ariz., a member of the House Energy and Commerce Committee, has said that if Republicans regain a majority in Congress in the 2022 elections, her party will introduce legislation to shorten the time for issuing permits for new production facilities and pipelines.

But they haven’t outlined specific ways to achieve that.

Democrats seeking to keep their seats, like Rep. Sharice Davids of Kansas and Sen. Mark Kelly of Arizona, say they want to suspend the 18.4 cents per gallon federal gas tax.

But that could exacerbate the supply problem by increasing demand, according to the Bipartisan Policy Center.

Democrats have also called for congressional and federal agency investigations into alleged price gouging within the oil and gas industry. 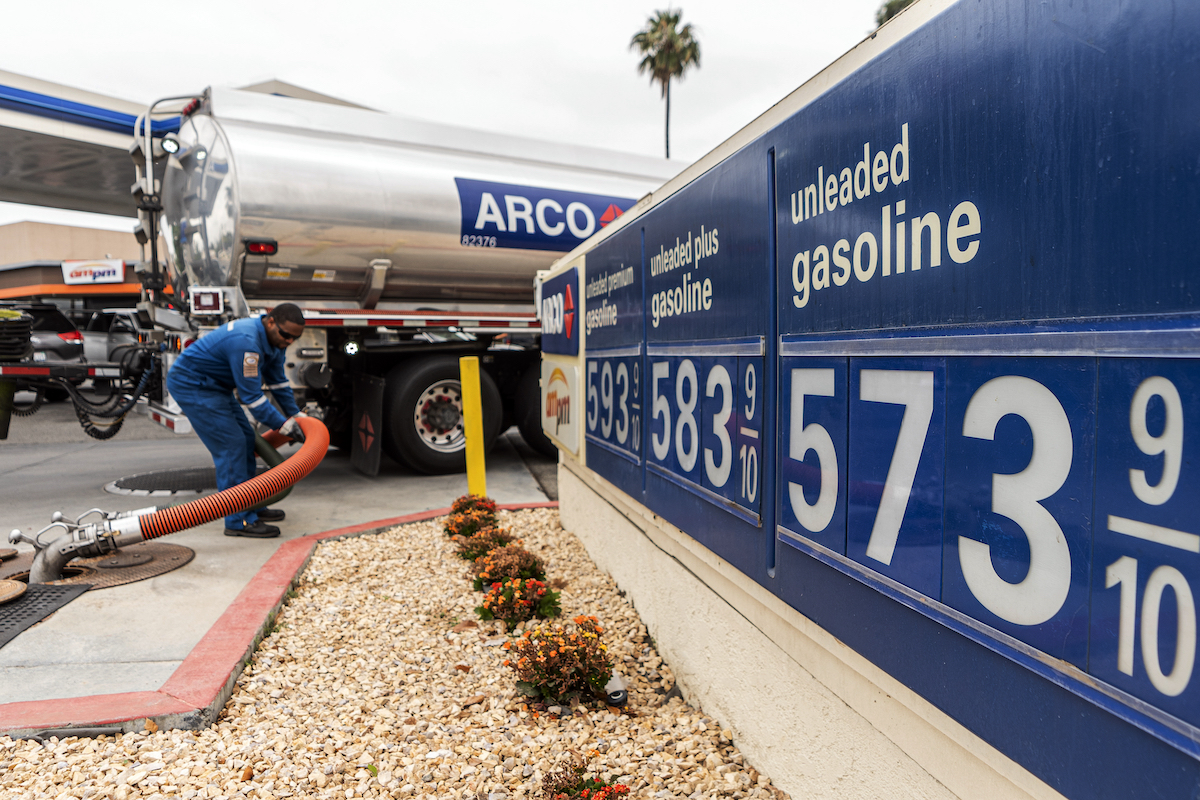 A gas tank driver delivers 8,500 gallons of gasoline at an ARCO gas station in Riverside, Calif., May 28, 2022. (AP)
Argument for increasing domestic oil

Scott Lauermann, a spokesperson for the American Petroleum Institute, which represents the natural gas and oil industry, said the Biden administration should "send a powerful signal to the U.S. and world markets that investments in oil and gas are critical and should move forward."

Ericka Perryman, a spokesperson for American Fuel & Petrochemical Manufacturers, a trade association that represents fuel makers, called for a "long-term strategy to increase the supply of energy coming from the United States and other stable countries," which would include improving infrastructure to move oil.

"And for our politicians, it also means cooling the anti-energy rhetoric," Perryman said. "When politicians talk about shutting down refineries and eliminating the domestic market for liquid fuels, it drives down confidence. It chills investment."

Daigle, the professor at the University of Texas at Austin, said the federal government could assist production by easing manufacturing and supply chain backlogs, by removing tariffs, and by taking steps to reduce inflation.

Some experts advocate for measures that would lessen U.S. dependence on fossil fuels. That includes investing in electric vehicle production, building and improving public transit systems, lowering housing density, and lowering carbon fuels for long-haul trucking and aviation, said Arvind Ravikumar, a professor in the University of Texas at Austin Department of Petroleum and Geosystems Engineering.

"The long-term solution to prevent global price shocks is to unlink the U.S. economy from the ups and downs of crude price volatility as much as possible," he said.

The U.S. should also pursue policies that promote fossil fuel alternatives for their long-term benefits to the environment and international stability, said Gary Yohe, a professor of economics and environmental studies at Wesleyan University.

Such alternatives would "undermine autocrats’ abilities to use money from around the world to fund their oppression at home and extracurricular aggression abroad," he said, and "promote the environmental health of the planet and benefit the public good."

Email, Jennifer Pett Marsteller, spokesperson for the Independent Petroleum Association of America, May 25, 2022

Email, Hugh Daigle, a professor in the University of Texas at Austin Department of Petroleum and Geosystems Engineering, May 31, 2022

Email, Arvind Ravikumar, professor in the University of Texas at Austin Department of Petroleum and Geosystems Engineering, May 31, 2022

Miami Herald, "Begging Venezuela's Maduro for oil is weak. Ramp up US production to undercut Russia," (via Nexis) March 10, 2022

Miami Herald, "Biden is empowering the Maduro regime and enabling other countries to do the same," (via Nexis) May 20, 2022

PolitiFact, "With time and money, US can replace banned Russian imports with domestic oil," March 9, 2022

Faust Checho
stated on January 25, 2023 an Instagram post:
Green energy is a possible cause of dead whales washing ashore in New Jersey.