With time and money, US can replace banned Russian imports with domestic oil

As Russia’s aggression toward Ukraine has intensified, so has criticism of the U.S. buying Russian oil.

On March 8, President Joe Biden announced a ban on Russian energy imports. The announcement followed a bipartisan push from lawmakers — including some who said that American oil production could seamlessly replace the oil formerly imported from Russia.

"We have more than enough ability in this country to produce enough oil to make up for the percentage that we buy from Russia," said Sen. Marco Rubio, R-Fla., during an interview on March 6.

"We have the ability to ratchet up and be able to backfill," Manchin said. "We have the energy. We have the resources here, and we have the technology. We’re a million barrels short a day here that we could just ramp up like that."

Could the U.S. ramp up domestic oil production to replace Russian imports that easily?

PolitiFact consulted experts who said we could indeed replace Russian imports with American oil. But, they warned, it might take time and cost more.

What we import from Russia

The U.S. imports both crude oil and more refined petroleum products from Russia, according to the U.S. Energy Information Administration.

In 2021, the U.S. imported about 672,000 barrels per day of crude oil and petroleum products from Russia. That accounted for about 8% of imports overall, and between about 3% and 4% of U.S. oil consumption.

In 2022, however, preliminary reports indicate that the U.S. has decreased its Russian imports, said Amy Myers Jaffe, research professor and managing director of the Climate Policy Lab at Tufts University.

Jaffe referenced a report from S&P Global which said that U.S. imports of Russian crude oil had fallen, "reflecting declining reliance on Russian crude as the Ukraine crisis escalated." As of Feb. 28, preliminary data from the EIA showed that the U.S. had imported 84,000 barrels per day of Russian crude. 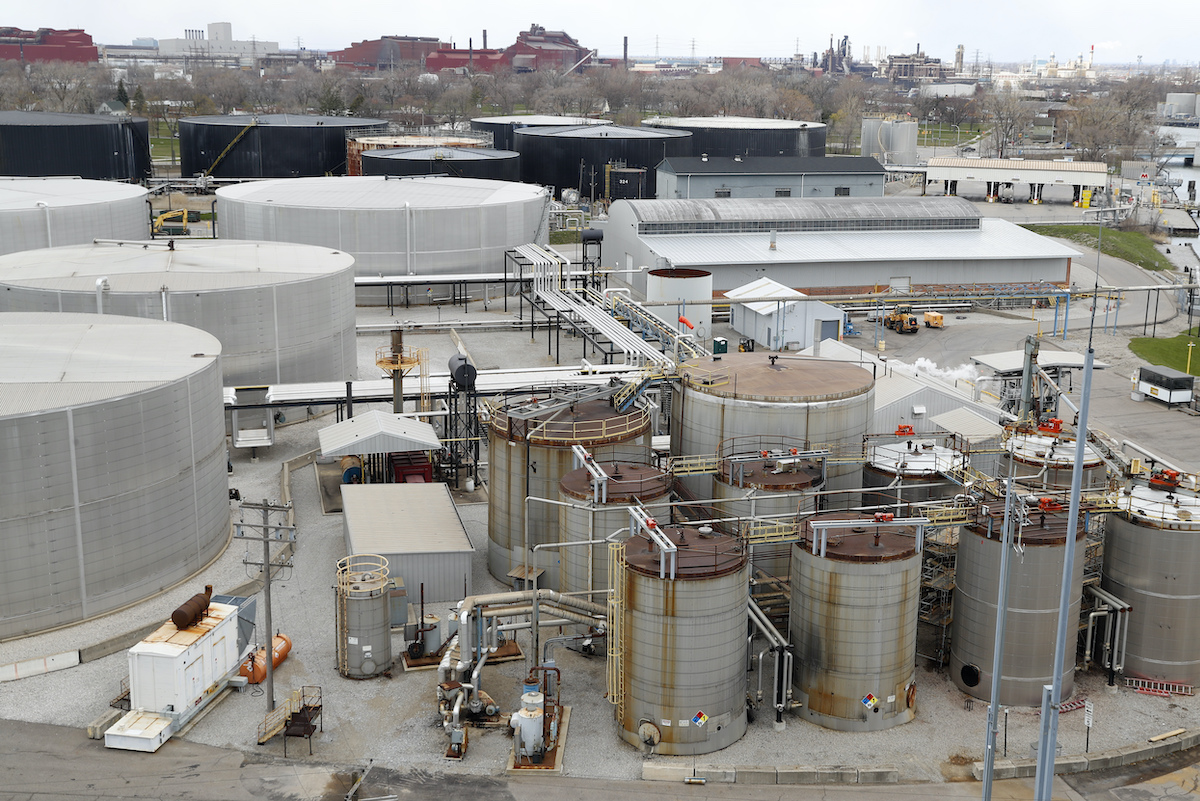 Storage is shown at the Marathon Petroleum Corp. refinery in Detroit on April 21, 2020. (AP)

Most experts agreed that the U.S. could replace Russian oil by increasing domestic production — though some cautioned there might be a lag.

Ramanan Krishnamoorti, a professor of petroleum engineering and chemistry at the University of Houston, said the U.S. could replace crude oil imports and said it would also be possible to make up the production of more refined petroleum products domestically as well.

Jaffe said the reported 2022 imports from Russia were "highly replaceable," and cautioned against thinking that the U.S. would need to produce enough oil to replace the average daily Russian imports from 2021.

"The question is really, what is the oil coming now?" she said. "That is very little, and all that has to be replaced."

She noted that one oil field in the Gulf of Mexico operated by Shell was damaged by Hurricane Ida, prompting some refiners to purchase Russian oil as a replacement. That oil field’s production has since been restored, she said.

"I’m a little less optimistic that we can make up for the lost imports immediately," said Hugh Daigle, an associate professor at the University of Texas’ Hildebrand Department of Petroleum and Geosystems Engineering.

He warned that the oil industry is still recovering from the COVID-19 pandemic and faces similar supply chain and employment issues as other industries.

"Domestic oil production will likely increase in response to increased prices, but it will probably take months," Daigle said.

Gernot Wagner, an associate professor of environmental studies and public service at New York University, said switching from Russian imports to oil produced domestically would be doable, but costly.

The price of oil is already on the rise, and Wagner said the full scale of the economic consequences "is anyone’s guess at this point."

The EIA’s short-term energy outlook, released March 8, cautioned that its price forecasts were "highly uncertain" and "dependent on the degree to which existing sanctions imposed on Russia, any potential future sanctions, and independent corporate actions affect Russia’s oil production or the sale of Russia’s oil in the global market."

Krishnamoorti said imposing sanctions on Russia that prevent it from exporting oil would have "huge repercussions on the global price of oil," and noted that producing more oil domestically would not offset the price shock.

"Clean, lean, efficient firms will win, and fossil energy-dependent, inefficient ones will lose," Wagner said, adding that the same will be true of households.

With rising prices, he said, "we will, of course, see energy conservation efforts ramp up quite a bit, and fast."

Why import from Russia at all?

The U.S. turned to Russian oil after sanctions were imposed on Venezuela in 2019. Venezuelan crude oil has similar characteristics to Russian crude.

"We traded in the devil for the deep fryer, and went and got the oil from Russia," Krishnamoorti said.

Daigle and Krishnamoorti said that some American oil refineries are configured to handle heavy, sour crude oil because it is readily available — from Canada, Russia and, at one time, Venezuela — at good prices.

"Much of the profit-making in the petrochemical industry is on the margins," he said. "So you want to be able to run your refinery most optimally to maximize your profitability." 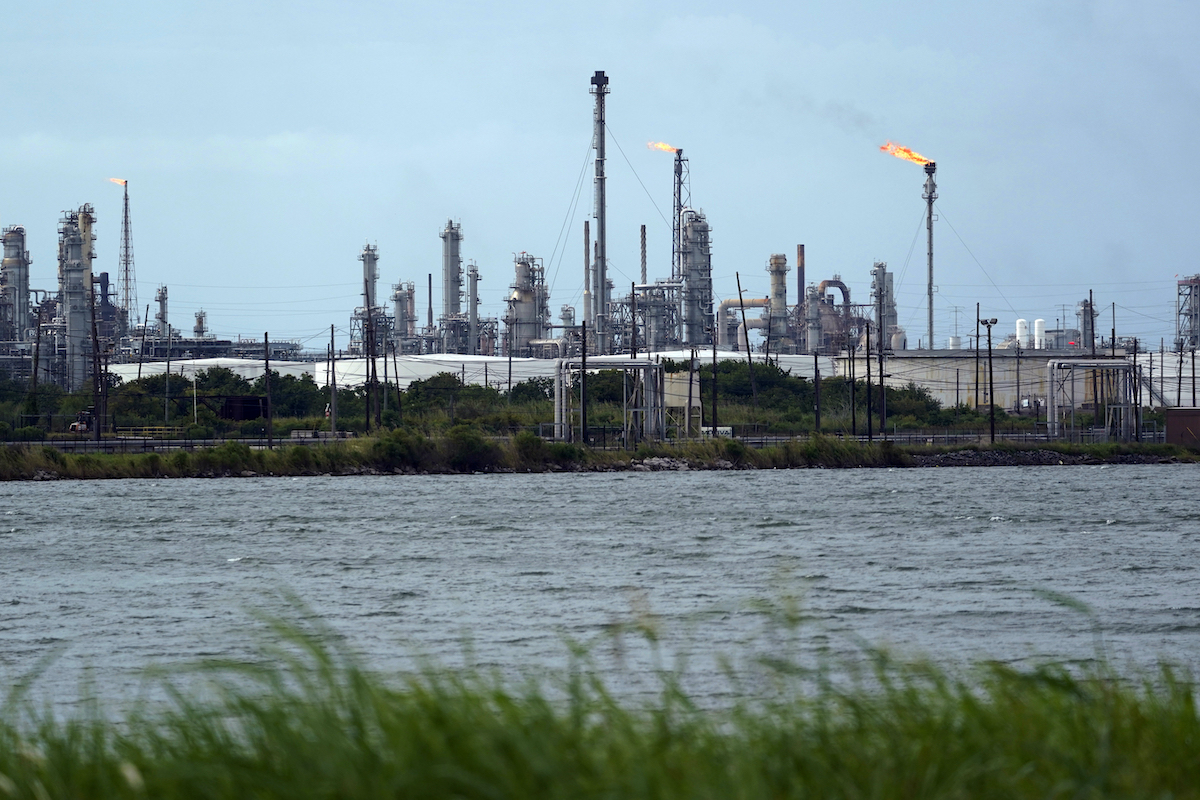 Daigle also said much of the crude oil produced in the U.S. is "too light and sweet for our domestic refining capacity and are shipped internationally for refining," further complicating efforts to turn away from Russian imports.

Much of the country’s oil pipeline infrastructure is focused in the Midwest, Daigle said, and there are fewer pipelines to get crude oil from where it is produced to the East Coast. The Jones Act, a law that restricts how oil products can be shipped domestically, is another reason the U.S. continues to rely on imported oil.

Daigle explained that because of shipping restrictions, "and lack of pipeline capacity, it’s actually easier and cheaper for refineries on the East Coast to import oil than try to get it from domestic production sources."

"Business will seek out the cheapest possible source for their products. When Russians are willing to sell — and we to buy — that’s what’ll happen, assuming the price is right," he said. "Now there is a clear moral reason not to."

Finally, the U.S. taking unilateral action to ban Russian oil imports, will likely have a limited effect unless European allies join in.

About 60% — or 4.5 million barrels per day — of Russia’s oil exports go to Europe, according to the International Energy Agency. Another 20% goes to China.

RELATED: The U.S. did not double oil imports from Russia in the last year

USA Today, "How much oil does the US buy from Russia? Not much, but gas prices are rising amid Ukraine invasion," March 2, 2022

Interview with Ramanan Krishnamoorti, a professor of petroleum engineering and chemistry at the University of Houston, March 7, 2022

Email interview with Hugh Daigle, an associate professor at the University of Texas’ Hildebrand Department of Petroleum and Geosystems Engineering, March 8, 2022

The Washington Post, "The complicated question of ending imports of Russian oil," March 4, 2022