President Joe Biden speaks in the Roosevelt Room of the White House on Oct. 19, 2022. (AP)

• President Joe Biden’s achievements in his first two years are roughly on par with other recent presidents, though they are less extensive than those of Franklin D. Roosevelt and Lyndon B. Johnson, experts say. Biden has signed several major bills and used executive orders to achieve key policy goals.

• The big difference for Biden is that he’s had to work with notably smaller margins in Congress than almost any other president in the past century.

• Despite Biden’s accomplishments, Democrats haven’t been touting them very much on the midterm campaign trail.

If you’re even a casual television watcher during this midterm season, you will have seen lots of campaign ads.

Democratic ads are focused on warnings about abortion restrictions and topics particular to the Republican candidate in the race.

What you won’t hear a lot about in the Democrats’ ads are Biden’s accomplishments.

"Early in the campaign season, you would see Democrats tout the American Rescue Plan, as the pandemic was still top of mind for a lot of voters," said Kirk A. Bado, managing editor of National Journal’s Hotline, a political tipsheet. "But as we get further away from the worst of the lockdowns and restrictions, the less I'm seeing that in ads or on the stump."

Democrats are relatively mum about the Inflation Reduction Act, a mammoth deal passed in August that addressed priorities around health care costs, climate change and increasing corporate taxes. The same can be said for the infrastructure bill and American aid to Ukraine.

"America is sticking it to Putin, defending freedom and democracy, all without risking a single American life so far," Bado said. "I would have thought candidates would want to talk about that more on the trail. But it seems like foreign policy is far from anyone's minds nowadays."

The irony of this approach is that Biden has accomplished quite a bit during his presidency.

"Look what I’ve gotten done. Name me a president in recent history who has gotten as much done as I have in the first two years. Not a joke," Biden said during an Oct. 11 interview with CNN’s Jake Tapper.

Experts say Biden’s record doesn’t match out-of-the-gate accomplishments by Franklin D. Roosevelt, who signed a flurry of legislation to fight the Great Depression, or Lyndon B. Johnson, who followed the assassination of John F. Kennedy by securing the Civil Rights Act and the Voting Rights Act.

Biden, by contrast, has benefited from only a couple-of-seats majority in the House (varying over time depending on vacancies) and a 50-50 tie in the Senate that only produces Democratic control because ties can be broken by Vice President Kamala Harris.

"Biden’s accomplishments are noteworthy in light of the close partisan divisions in both houses," said John J. Pitney Jr., a Claremont McKenna College politics professor. "Biden had to get his bills through a Congress that is highly polarized as well as closely divided."

Why Democrats are running away from Biden’s accomplishments is open to speculation. It’s possible that his consistently low approval ratings — currently, 53% disapprove of his performance and only 42% approve, according to the FiveThirtyEight.com average — make any reference to the incumbent president too toxic to risk on the campaign trail, especially as Americans struggle with four-decade-high inflation.

Still, with the midterms less than three weeks away, we wanted to review Biden’s progress on key priorities.

Some of Biden’s big pieces of legislation were passed with a bare, party-line majority in the Senate, employing the "reconciliation" process that can be used once a year for fiscal-related topics.

Others, however, were passed with sufficient Republican buy-in to meet the Senate’s 60-vote threshold to break a filibuster — a practice Biden came into office seeking to pursue where possible.

Here are the major bills Biden was able to pass and sign.

• Bipartisan Safer Communities Act. Passed in the wake of mass shootings in Buffalo, New York, and Uvalde, Texas, this law expands background checks for people younger than 21; increases funding for mental health services; closes the "boyfriend loophole" for firearm purchases by those who have been convicted of domestic violence; and offers funding for states to implement firearms confiscation laws for those determined by a court to be a significant danger to themselves or others. 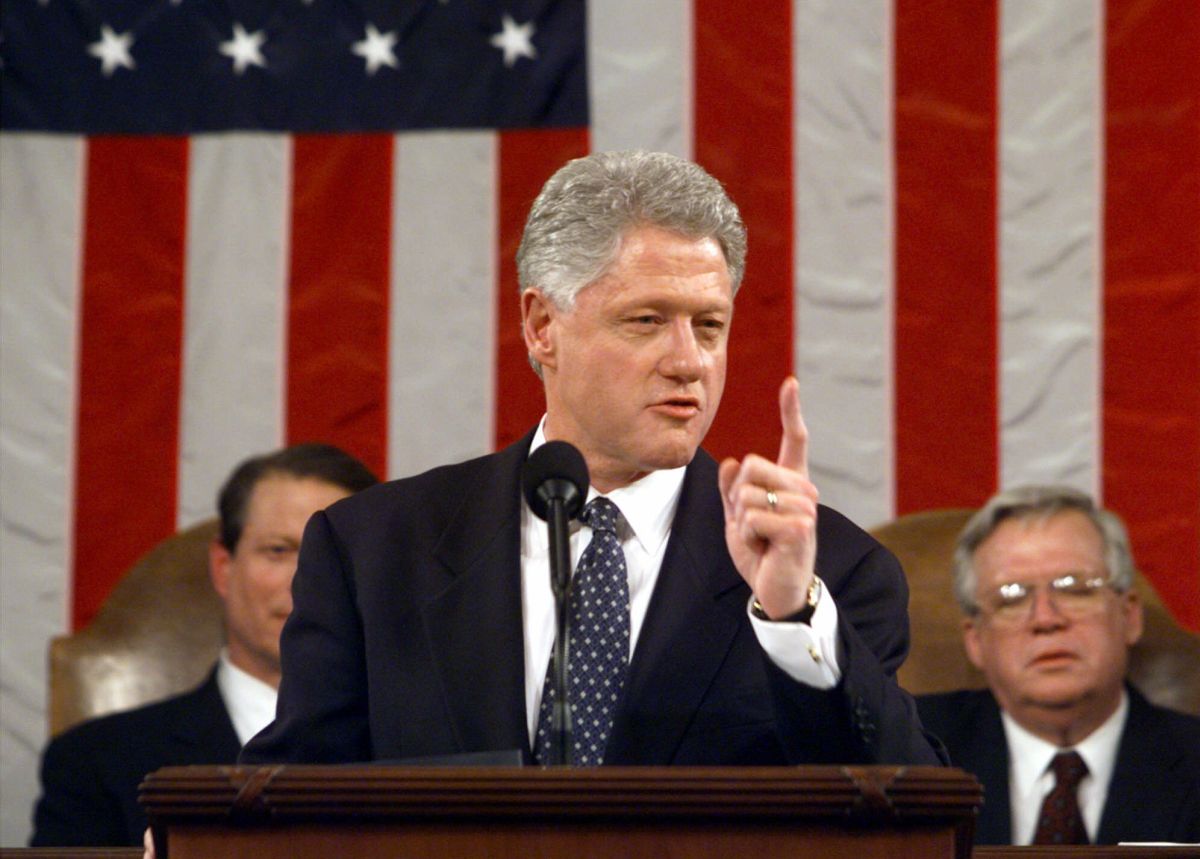 Presidents are usually judged on landmark measures like these, and  Biden is "in line with the norm for presidents in our time," during their first two years in office, said David Greenberg, a Rutgers University historian and a specialist on U.S. presidents.

Although President Bill Clinton lost his Democratic Congress after two years, and although he failed to pass his health care plan, "he did sign the landmark 1993 budget bill, including making the tax code more progressive, and the North American Free Trade Agreement during his first year, both of which were major achievements that helped produce the economic golden age of the 1990s," said Greenberg.

What makes Biden’s record unusual is that his margins in Congress were significantly narrower than those of his predecessors.

"Taken as a group, this is an impressive amount of legislation," said John P. Frendreis, an emeritus professor of political science at Loyola University Chicago.

And this doesn’t count funding bills and presidential appointments. Since the start of Russia’s war, Congress has spent $66 billion to help Ukraine, according to calculations by Mark F. Cancian, a senior adviser at the Center for Strategic and International Studies, a Washington, D.C.-based think tank.

Meanwhile, with Democrats’ narrow control of the Senate, Biden has nominated federal judges at a pace that is rapid by historical standards. That will be crucial for preserving Biden’s liberal priorities, as these posts are lifetime appointments. 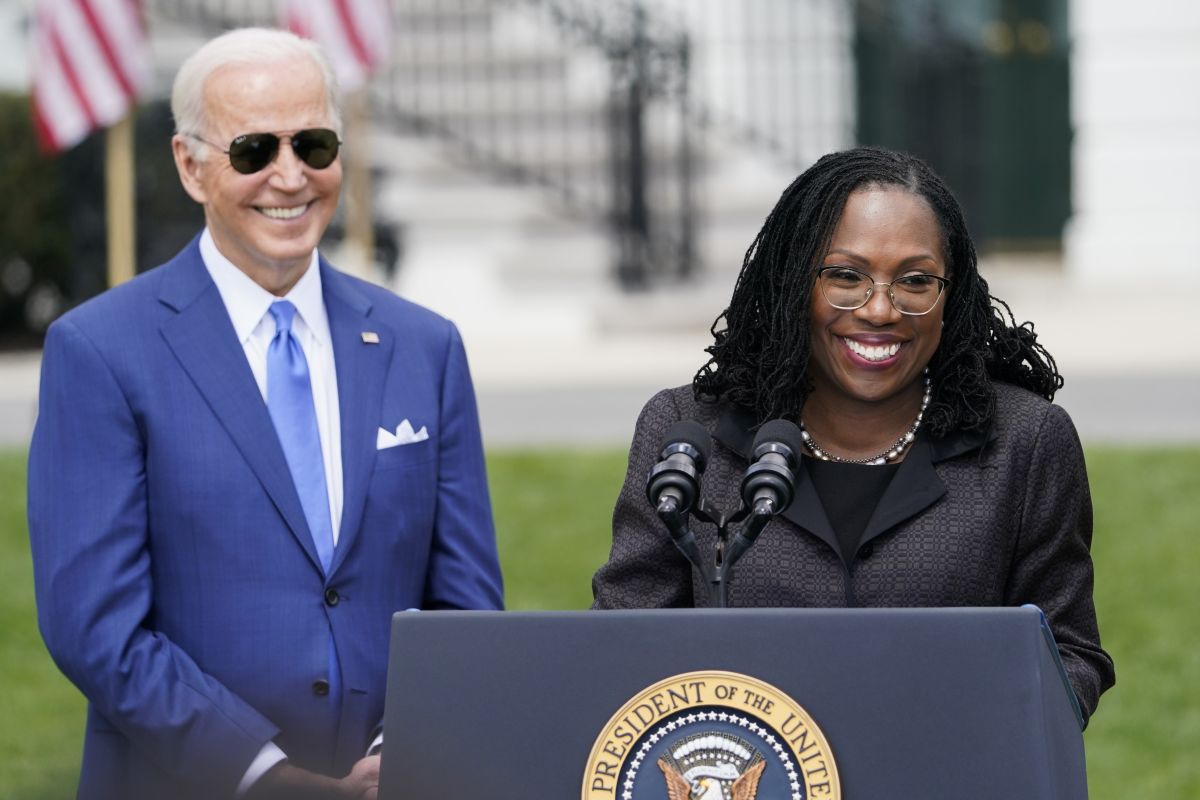 Other legislation signed by Biden

More quietly, Biden has signed an array of bills that passed with significant bipartisan backing.

• Reauthorization of the Violence Against Women Act, which had lapsed, and two bills addressing sex abuse.

• COVID-19 Hate Crimes Act, which addresses attacks on Asian Americans partly by increasing access to the reporting of hate crimes and expediting the review of hate crimes related to COVID-19.

• Postal Service Reform Act, which repeals a pre-funding requirement for postal retirement benefits that had been a financial albatross.

• Several bills levying sanctions, including the Ending Importation of Russian Oil Act; the Suspending Normal Trade Relations with Russia and Belarus Act, and a ban on imports from the region of China where the Chinese government is widely believed to be repressing the Uyghur ethnic minority.

• State and Local Government Cybersecurity Act of 2021, requiring the Department of Homeland Security to bolster collaboration with state, local, tribal and territorial governments on cybersecurity.

• Several bills on crime and policing, including the Public Safety Officer Support Act of 2022, the Homicide Victims’ Families’ Rights Act of 2021, the Capitol Police Emergency Assistance Act of 2021 and the Supreme Court Police Parity Act of 2022.

• The Senate also approved a treaty backed by the Biden administration to phase out certain chemicals used in refrigeration that are considered a risk for climate change.

Political commentator Matthew Yglesias has called such legislation — despite the bitter partisan polarization of our era — the product of "secret Congress."

"While our representatives are grandstanding in front of the cameras, they’re also hammering out compromises on low-profile issues," Yglesias wrote in 2021.

Other Biden policies that didn’t depend on legislation

As president, Biden has also enacted policies by executive action, without Congress. Here are some of the bigger ones:

• Get COVID-19 under control. While the coronavirus is still killing nearly 400 Americans a day, deaths and hospitalizations have been largely steady at today’s level since April 2022, which is far below previous peaks of 2,000 to 3,000 deaths per day.

• Rejoin the Paris climate agreement. The United States rejoined the Paris Agreement, pledging to reduce greenhouse gas emissions by at least 50% from where they were in 2005 by the year 2030.

Finally, there are two bills that have passed the House and may be able to pass the Senate after the midterm elections.

• Electoral Count Reform and Presidential Transition Improvement Act. This measure would prevent the uncertainties in counting presidential electoral votes that fed the events of Jan. 6, 2021. The measure appears to have attracted enough Republican support to break a filibuster, but Democrats are expected to wait until after the election to bring it up for a vote.

• Codify same-sex and interracial marriage. The House has passed a measure that would ensure the continued legality of same-sex and interracial marriages, which might be at risk if the logic of the Supreme Court’s decision to overturn Roe v. Wade is applied to other topics beyond abortion. The House has passed a version of this legislation, but Democrats still need to secure enough Republican senators to get past a possible filibuster.

If you see a campaign ad mentioning any of these bills, let us know at [email protected]

Other sources linked in article