Joe Biden is halfway through his term. Here's how many campaign promises he's kept so far.

How well is President Joe Biden doing his job? As he hits the halfway point in his four-year term, public opinion polls continue to show more Americans dissatisfied than satisfied with Biden’s performance in office. But another way of measuring his performance is by examining what he’s accomplished so far.

PolitiFact’s Biden Promise Tracker monitors 99 promises Biden made on the campaign trail. Our latest review shows Biden was able to implement some promises on his own, such as nominating a Black woman for the U.S. Supreme Court. But many promises stalled in Congress because of slim Democratic majorities or, in the case of forgiving some student debt, setbacks in the courts. Fulfilling more promises on immigration, health care and guns may be difficult over the next two years, because they lack bipartisan appeal.

Our rating system assesses campaign promises based on outcomes, not intentions. Only full enactment of a promise qualifies for a Promise Kept; partial enactment merits a Compromise rating. We’ll continue updating promises until Biden leaves the Oval Office; we typically don’t rate a promise broken until later in the term, when a president has had more time to act on the promise.

Here’s a closer look at what Biden delivered and where he has fallen short.

Biden made progress on job creation and the economy, but fell short on raising the minimum wage 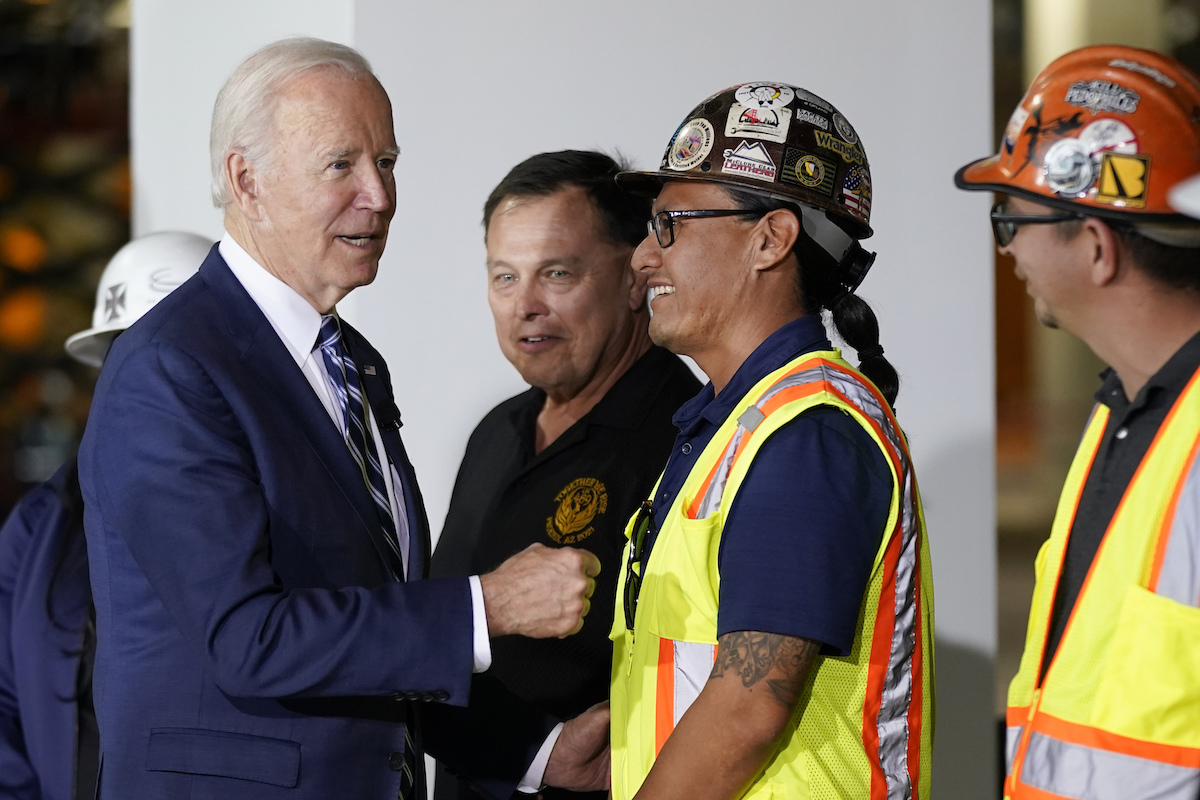 Biden campaigned for office as many businesses failed because of the COVID-19 pandemic. He sought to win voters by promising to give small businesses a "restart package" that would help  cover the costs of operating safely, including things like plexiglass and personal protective equipment. The 2021 coronavirus relief package, the American Rescue Plan, provided such aid, leading to a Promise Kept rating.

He also earned a Compromise for securing bipartisan cooperation on the economy: Although many of the bills he’s signed passed with only Democratic support, a bipartisan infrastructure measure won 19 Republican votes in the Senate and 13 in the House.

Although Biden has time to reach his goal of adding 1 million auto industry jobs, he has made progress on that pledge. He signed legislation designed to boost networks underlying the expansion of electric vehicles and advanced electric batteries. The number of jobs in the automotive sector could increase as a result, though it’s too soon to count how many.

Biden didn’t manage to raise the corporate tax rate to 28% as promised. But the Inflation Reduction Act he signed into law in August included provisions that used a different mechanism to raise taxes for the largest corporations, earning this pledge a Compromise.

Some promises, including raising the federal minimum wage to $15 an hour, are rated Stalled because of significant opposition from Republicans and a few Democrats.

On Biden’s watch, inflation reached a 40-year high partly because of coronavirus pandemic-related supply chain problems and Russia’s war in Ukraine. But higher prices were exacerbated by the American Rescue Plan, economists said.

Still, "unemployment is among the lowest of any peacetime era, and after-tax household incomes corrected for inflation are reasonably high," said Gary Burtless, a economist at the Brookings Institution, a Washington, D.C.-based think tank. 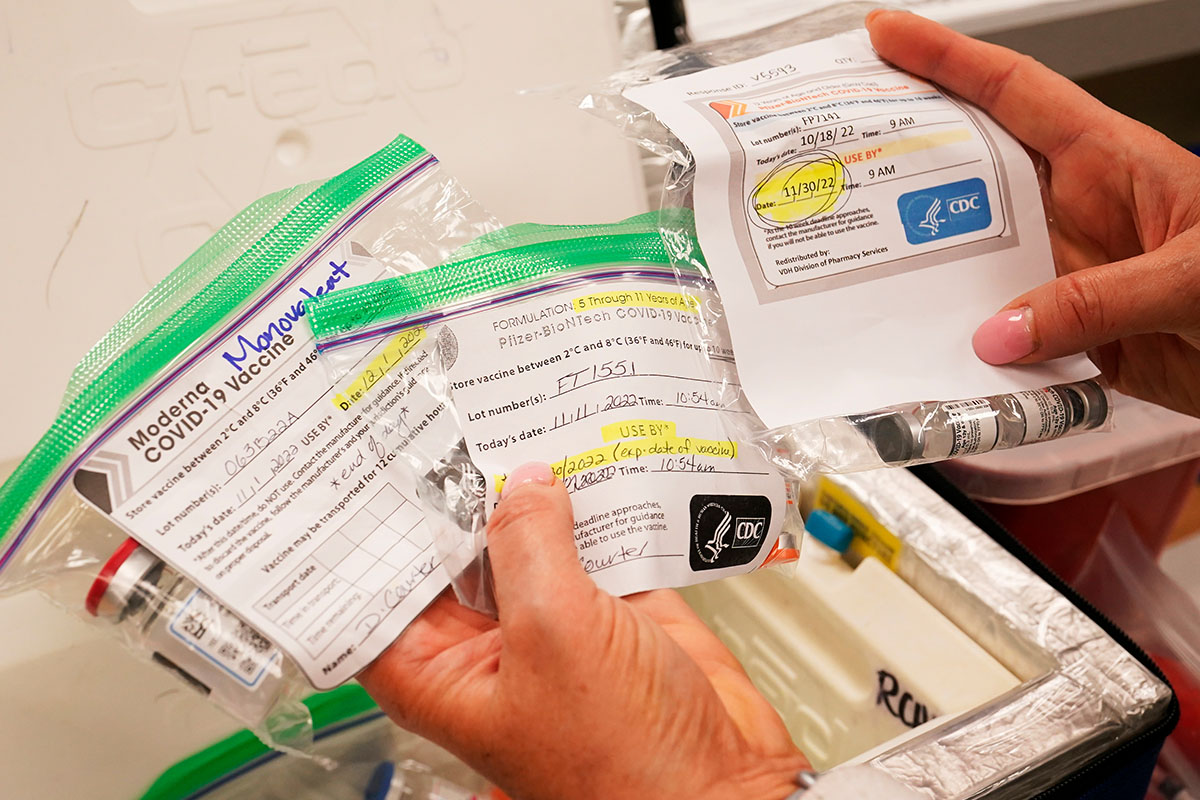 A technician on Nov. 17, 2022, displays storage packs of Pfizer and Moderna COVID-19 vaccines that are being readied for use at a clinic in Richmond. Va. (AP)

Biden campaigned promising to get COVID-19 "under control."

COVID-19 case counts and death rates soared as Biden took office, social distancing was widely enforced, schools often were virtual, and few Americans had received a vaccine. Now, life for many Americans is much closer to the pre-pandemic norm, with virtually all schools open, restaurants full, concerts and sports well attended and people traveling more freely.

Based on broad agreement among infectious disease specialists that the pandemic is "under control," we rated Biden’s pledge Promise Kept.

Also significant for Biden was getting Congress to repeal a law that barred Medicare from negotiating lower drug prices.

Since Bill Clinton’s presidency in the 1990s, Democrats have advocated for Medicare to have negotiating authority; Trump also advocated for it in 2016, said Linda Blumberg, health policy fellow at the Urban Institute.

"None of them were able to accomplish it regardless of what their Congresses looked like and Biden did," Blumberg said. 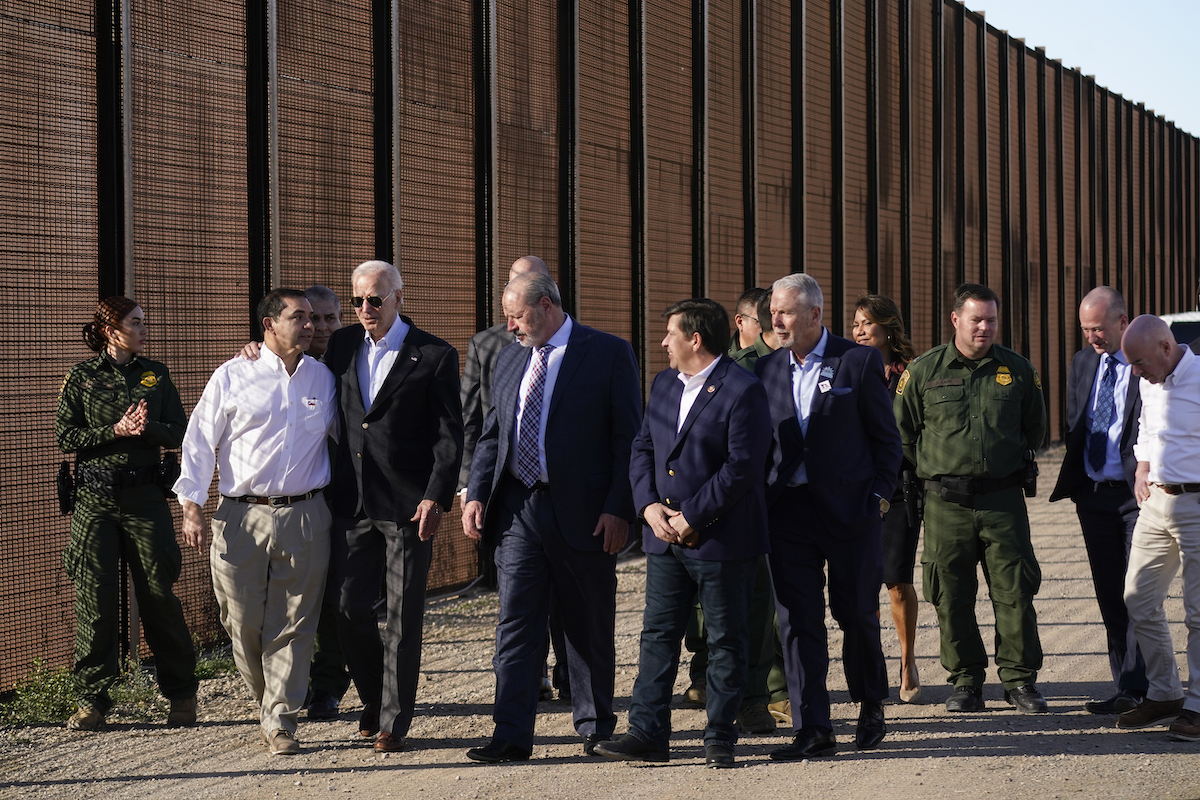 President Joe Biden talks with Rep. Henry Cuellar, D-Texas, second from left, as they walk Jan. 8, 2023, along a stretch of the U.S.-Mexico border in El Paso, Texas. (AP)

Republicans have repeatedly criticized Biden for the historic high numbers of immigrants reaching the southwest border. At the same time, Democrats have reprimanded him for not delivering on his promise to create a path to citizenship for at least 11 million immigrants in the U.S. illegally.

On Day One of his presidency, Biden proposed the U.S. Citizenship Act of 2021 to grant legal status to immigrants who came to the U.S. illegally as children, farmworkers and others. But neither the House or Senate voted on it.

Biden’s promise to double the number of immigration judges hasn’t happened yet. There are about 634 immigration judges now, up from about 517 when Biden took office. The Justice Department requested funds to hire 100 additional judges in fiscal year 2023, but Congress did not appropriate the requested amount.

Biden earned an In the Works rating on his promise to protect immigrant military members from deportation. In 2022, Immigration and Customs Enforcement created an official agencywide policy directing agents to consider someone’s military service before starting deportation.

"Overall, it's a very mixed record," said Theresa Cardinal Brown, managing director of immigration and cross-border policy at the Bipartisan Policy Center. "Some of the big promises obviously did not happen."

Progress on some foreign policy promises, big win on climate

Biden made some progress on foreign policy promises, including to end wars in Afghanistan and the Middle East. U.S. troops have left Afghanistan, but Yemen's war continues, albeit at a lower intensity. We rated this promise In the Works.

Biden’s promise to revive the 2015 nuclear agreement with Iran Stalled in 2022. U.S. State Department spokesperson Ned Price said in October that striking a deal on what is called the Joint Comprehensive Plan of Action (JCPOA) is not the administration's focus now.

Biden has taken some steps toward his pledge to restore engagement with Cuba by easing rules for travel and remittances, but not as much as Obama did. That was the bar Biden set for this goal.

The U.S. is now on a path to net-zero emissions by 2050 as Biden promised. The Inflation Reduction Act included $260 billion in clean-energy tax credits to boost investment in solar, wind, hydropower and other forms of renewable energy.  It also offered consumer rebates to help cover the cost of installing heat pumps and solar panels. For lower- and middle-income households, the law included a $4,000 tax credit to buy used electric vehicles. 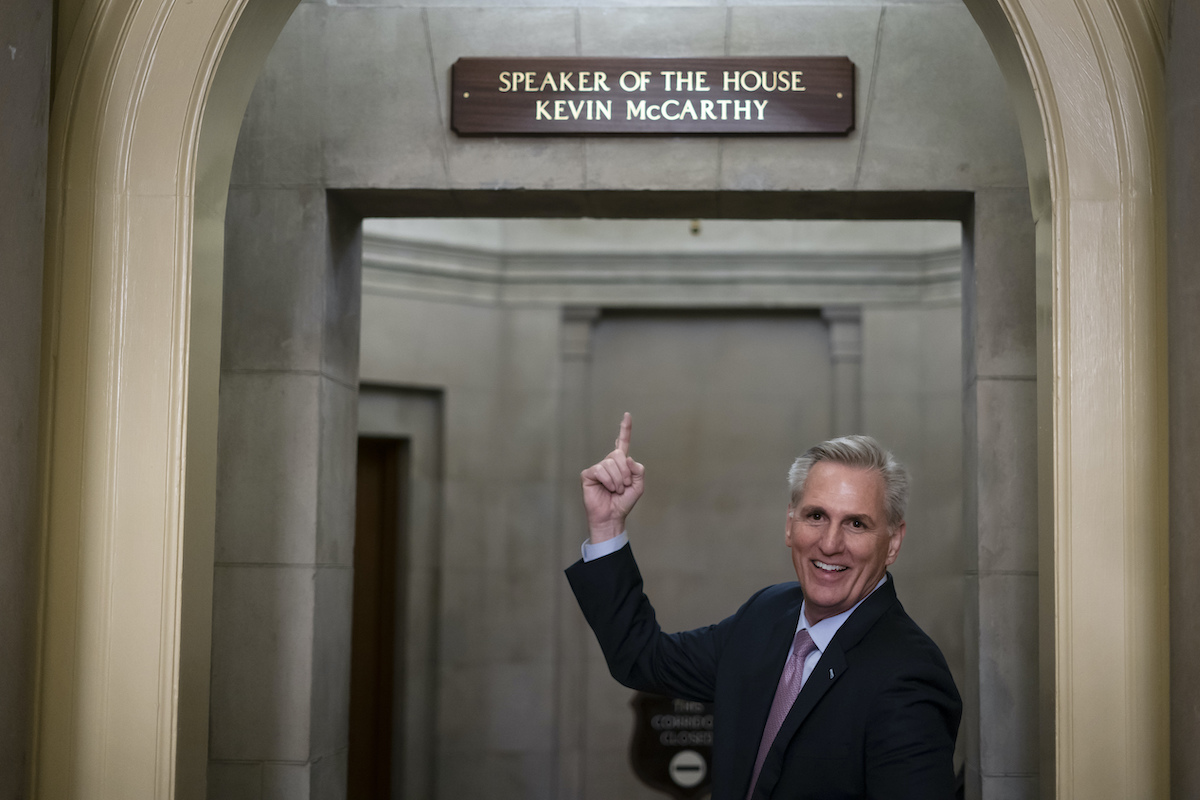 House Speaker Kevin McCarthy, R-Calif., gestures toward the newly installed nameplate at his office Jan. 7, 2023, after he was sworn in as speaker of the 118th Congress in Washington. (AP)

After Republicans narrowly took the House in November, Biden pledged to work with them, but said he would not compromise on some issues, such as protecting the right to abortion.

"The future of America is too promising to be trapped in an endless political warfare," Biden said Nov. 9, the day after Election Day.

But many of Biden’s stalled promises have little chance of advancing in a Republican-led House, including his promise to repeal the Hyde Amendment, which says federal funds can't be used to pay for abortions, except in cases of rape, incest or to save the woman’s life.

Prospects are also dim for his stalled promises to reform criminal justice policies. Biden’s pledge to require criminal background checks for all gun sales passed in the House but stalled in the Senate. Attorney General Merrick Garland worked toward Biden’s promise to eliminate mandatory minimum sentences, but not as far as Biden promised.

Blumberg said it’s "almost impossible to believe" that Biden will be able to get the votes for other health care promises that need congressional approval, such as offering a public option for health insurance, akin to a Medicare-style plan run by the government.

On immigration, "the bridge between the parties on some of these issues has grown wider and harder to make the necessary negotiations and concessions to get enough votes from the other party to pass legislation," Cardinal Brown said.