"To ensure California’s children have the skills they need to succeed in kindergarten, he will provide access to universal preschool."

Gavin Newsom made bold promises to improve early education during his run for governor, including his pledge to create universal preschool.

"To ensure California's children have the skills they need to succeed in kindergarten, he will provide access to universal preschool," the Gavin Newsom for Governor website said.

With Newsom expected to sign his first state budget later this month, we examined the spending plan and spoke with early childhood education advocates to see whether he has made progress, and how much, for California's youngest learners and their families.

Advocates and some lawmakers have long called for more affordable preschool in California, where the cost to send a 4-year-old to school rivals college tuition.

So, what has Newsom done to answer to that call? We found some examples of progress.

First, the budget agreed to by the Legislature last week would pay for 10,000 additional state preschool spaces at a cost of about $31 million. It already has spaces for about 175,000 children.

"That's a big issue," said Asm. Kevin McCarty, D-Sacramento, who proposed such an expansion through Assembly Bill 123. "There are families here in California, here in Sacramento, that maybe make a little bit too much to get the free preschool but they don't make enough money to pay tuition, which is the same as UC Berkeley tuition, literally."

Specifically, it would expand state preschool access to children living in neighborhoods where 80 percent of 3- and 4-year-olds are eligible for free or reduced price lunch. 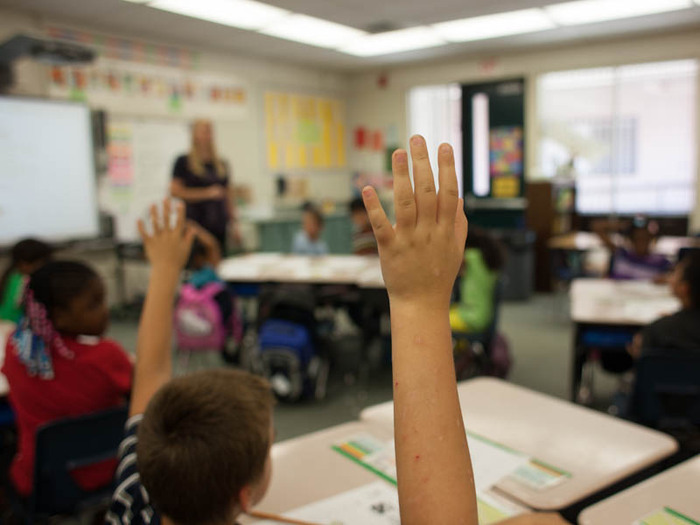 Patricia Lozano is executive director of Early Edge, which advocates for early education investments. She called the commitment to more preschool spaces "a great start."

"It's a signal that the governor is committed to getting to universal Pre-K," she added.

In January, Newsom proposed adding 30,000 preschool spaces but reduced it to 10,000 in his revised May budget. According to Newsom's budget, that change was made to "align the release of the proposed slots (preschool spaces) with the application process required to identify providers and to enter into contracts."

The budget emphasizes that providing "universal access to preschool for all four-year-olds remains a top priority for the Governor."

But to provide a system where free preschool, like kindergarten, is available in every neighborhood, California would need a total of about 400,000 preschool spaces statewide, she said.

Experts on the subject added that Newsom's promise would take years to fully achieve. And it's not just a matter of expanding spaces.

To prepare students for success, the state must also improve the quality of its preschool programs, said Debora Stipek, a Stanford professor who studies early childhood education. She said preschool teachers, for example, must be paid more.

"I want (Newsom) to invest smartly, not just more money," Stipek said. "I think taking some time to really figure out what is the most cost effective, strategic, effective way to invest in young children is a wise thing to do."

Stipek added that Newsom's budget is "going in the right direction."

"I am delighted to see that he's making these steps," she said. "I expect more and will be disappointed if we don't see a fair amount more coming out over the next couple of years."

Gavin Newsom promised to "provide access to universal preschool" during his run for California governor.

The budget he proposed in May, and agreed to by lawmakers this month, would add 10,000 new preschool spaces for children from low-income families. It would also expand eligibility to some working- and middle-class families.

Experts say those moves are a step forward. But they won't meet the current demand from low-income families for preschool. About 30,000 additional preschool spaces are needed for that. It will take years, they say, for Newsom to achieve truly universal preschool for all 4-year-olds regardless of family income level.

Even so, the budget Newsom is expected to sign this month makes progress on his bold promise.

We'll publish updates on Newsom's progress, or lack thereof, on each of 12 campaign pledges. We will rate outcomes, not intentions or proposed solutions, the same standard used for PolitiFact's other promise meters.

Compromise — Promises earn this rating when they accomplish substantially less than the official's original statement but when there is still a significant accomplishment that is consistent with the goal.