Todd Richardson
stated on January 10, 2016 in comments on “This Week in Missouri Politics":
Says Missouri families’ "earning power is about $5,000 less today than it was at the turn of the century."

Ranked 47th in the nation by Business Insider, Missouri’s seemingly stagnant economy has been a talking point for politicians across the state in recent months.

Speaker of the House Todd Richardson recently weighed in on the discussion, specifically addressing the income and earning power of Missourians.

On "This Week in Missouri Politics," Richardson said, "Missouri families earn $5,000 less, their earning power is about 5,000 less today, than it was at the turn of the century."

Has the typical Missouri household lost that much ground since 2000?

We were directed by Richardson’s office to the U.S. Census Bureau’s statistics on median household income. When adjusted for inflation, the median Missouri family brought home $56,360 in 2014, down more than $5,000 from the median family income of $61,995 in 2000.

Those numbers support Richardson’s statement. But the median income number jumps around a fair bit from year to year. If Richardson had chosen just slightly different starting and end points, the result could create a different impression.

Hakeem Jeffries
stated on January 8, 2023 in an interview on NBC's "Meet the Press"
A “default on our debt” would be unprecedented in American history.

But Saku Aura, associate professor of Public Economics at the University of Missouri, said even with those ups and downs, the overall trend is not debatable. "Missouri’s economy has undoubtedly had very little to no positive growth in the last 15 years or so," Aura said.

Aura gave us a couple of reasons for the swings in median income. The Census Bureau sample is small and the margin of error can be over $3,000. And he also noted that family size has been edging down.

"If there are less people in each family, it would make sense that perhaps there is less money being earned."

Another way to measure income is to look at the average per person. By that yardstick, personal income has increased over the past 15 years. But big gains by a relative few earners at the high end pull up the average in ways that don’t reflect the typical person’s experience. 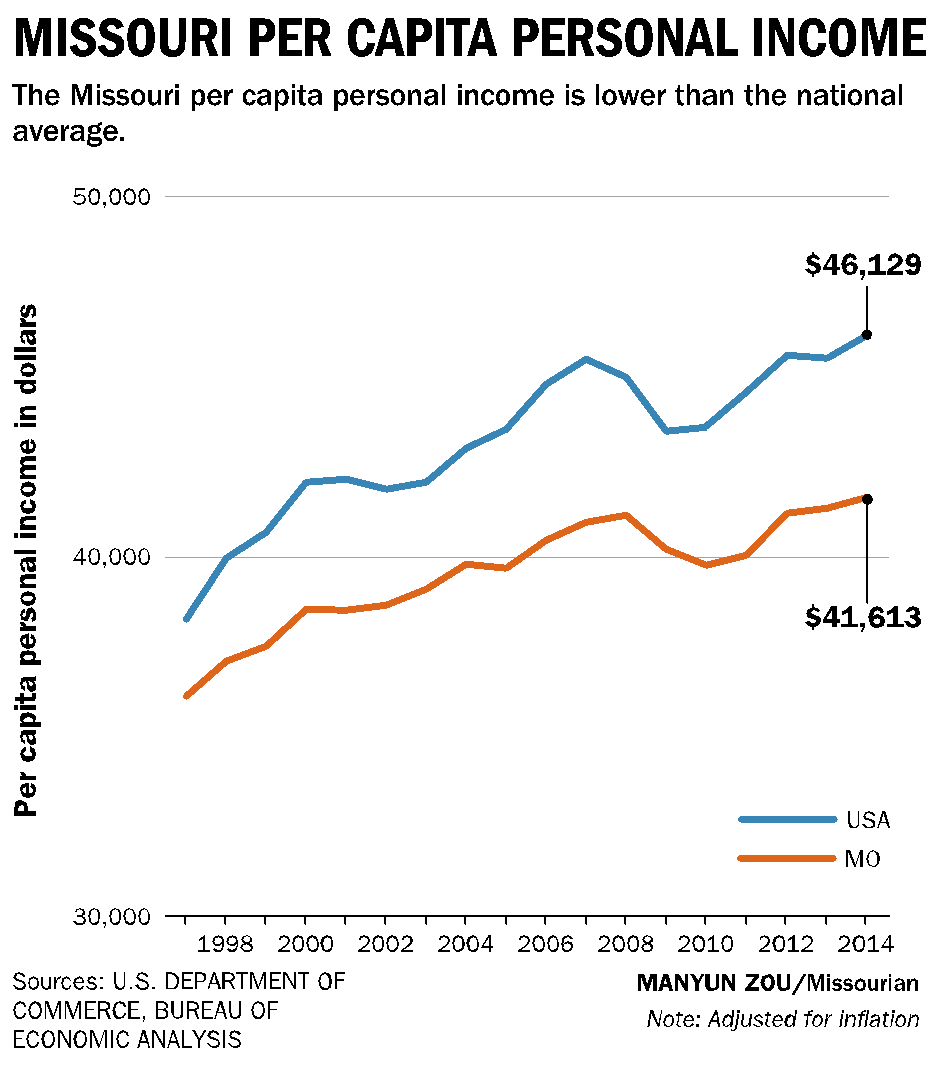 "It’s a trend we’ve seen across the country almost since the ‘70s," Aura said. "Most economic growth comes for the highest quartile, not the middle class or poorer families."

Richardson largely got his numbers right when he said that Missouri’s families’ "earning power is less today than it was at the start of the century."  While his exact numbers could be off, the general trend holds up. The typical household is making less.