Hillary Clinton
stated on January 20, 2016 in a speech in Burlington, Iowa:
"I am the only candidate on either side who has laid out a specific plan about what I would do to defeat ISIS."

National security has been something of a double-edged sword for Democratic presidential candidate Hillary Clinton during the 2016 campaign. Clinton amassed extensive international experience during four years as President Barack Obama’s secretary of state, but because of this, opponents can charge that she shoulders some of the blame for ongoing difficulties overseas.

During a speech in Burlington, Iowa, on Jan. 20, 2016, Clinton argued that on foreign policy, she was the only candidate to offer a thorough, detailed vision for the future.

"We know one threat we have to face right now, and that's from ISIS," Clinton said, referring to the group also known as the Islamic State. "And I am the only candidate on either side who has laid out a specific plan about what I would do to defeat ISIS." 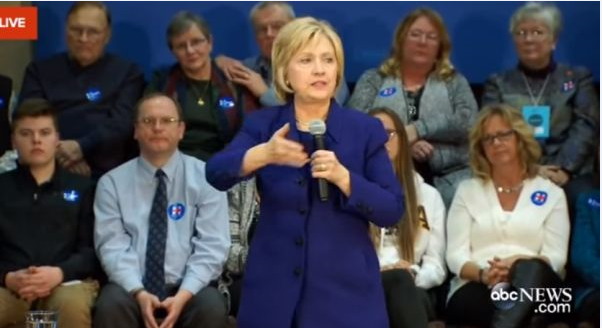 Clinton’s claim didn’t sound right to us because we’ve heard many candidates describe how they would take on the terrorist group. In fact-checking her statement, we aren’t taking a stance on the quality of her plan, or the other candidates’ plans, only the degree to which a candidate has laid one out.

Our research found that Clinton’s plan is a bit lengthier and more detailed than the other ones we were able to locate. But she is hardly the only one to lay out a specific plan.

The following table provides a rundown of the Democratic and Republican campaigns for which we found either a candidate’s speech addressing how to combat ISIS or an "issues" section of their campaign website that summarizes their views. If we found that the candidate offered both a speech and an issues Web page, we have analyzed the longer of the two.

We were unable to find a written proposal for every candidate, so the list does not cover the entire field. But putting Clinton’s statement to the Truth-O-Meter only requires us to determine whether any candidate has laid out a "specific plan."

The table shows the number of words in each candidate’s ISIS proposal and our count of how many individual agenda items were included in each proposal.

The table indicates that at least seven other candidates, Republicans and Democrats alike, have offered plans, ranging from five to 18 agenda items in length. (You can scroll through them all here.)

Notably, many of the points in Clinton’s plan appear in at least one other candidate’s plan, and often in several other candidates’ plans. They include stronger intelligence, more intensive airstrikes, the use of ground forces, improved cooperation with allies, more effective restrictions on terrorist financing, and better efforts to counter ISIS recruiting on the Internet.

Indeed, of the 24 agenda points we isolated from Clinton’s plan, we found just five that appeared to be only in her plan. They were passage of an updated authorization to use military force; curbing corruption among Middle East governments; securing loose nuclear material and chemical and biological weapons; improvements in airline-security techniques; and greater effort to ease the humanitarian crisis of refugees from the region.

Meanwhile, elements of Rubio’s plans were at least somewhat unique: "engage in global ideological pushback by exposing ISIS’s war crimes and sex trafficking and recruiting disaffected former members to tell their stories," and "counter ISIS recruitment and propaganda by broadcasting U.S. victories, showing the world that ISIS is not invincible."

Bush, for his part, was the only candidate to specifically cite Canada’s practice of embedding in Iraqi units as a model, since it is being done "to a very good effect," Bush said.

When we contacted Clinton’s campaign for evidence, they pointed to several plaudits in the media for the comprehensiveness of her anti-ISIS plan. For instance, CNN reported that "Michael Desch, an expert in international security at Notre Dame University, said that Clinton's speech was polished and showed her to be ‘head and shoulders’ above Republican candidates on framing an anti-ISIS strategy."

And the New York Times’ David Brooks wrote, "While other candidates are content to issue vague calls to get tough on terror, Clinton offered a multilayered but coherent framework, not only dealing with ISIS but also putting that threat within the crosscutting conflicts that are inflaming the Middle East."

However, Clinton’s statement in Iowa wasn’t about whether her plan was an effective one; it was that it was the only "specific plan" in the entire field of candidates. And that’s clearly not the case.

Clinton said, "I am the only candidate on either side who has laid out a specific plan about what I would do to defeat ISIS."

We don’t see strong evidence for Clinton’s claim that she’s the only member of the 2016 field with a "specific plan." We rate the claim False.