John Kasich
stated on March 3, 2016 in a Republican presidential debate in Detroit:
In head-to-head polls for the general election, "I beat Hillary Clinton by more than anybody, by 11 points."

Ohio Gov. John Kasich was one of four candidates taking part in a presidential debate in Detroit.

Early in the Republican presidential debate in Detroit, the candidates mixed it up over polling data.

First, Sen. Marco Rubio, R-Fla., said that "of all the people on this stage, (Donald Trump) performs the worst against Hillary Clinton" in head-to-head matchups for the general election.

Ohio Gov. John Kasich later added that he’s the candidate best positioned to take on Clinton, the frontrunner for the Democratic nomination.

"I beat Hillary Clinton by more than anybody, by 11 points," Kasich said. He was referring to the four Republicans on the debate stage -- himself, Rubio, Trump and Sen. Ted Cruz of Texas.

Was Kasich correct? We turned to the polling averages at RealClearPolitics.com, a popular aggregator of comprehensive polling data.

We’ll start by noting that polling experts typically urge caution when comparing head-to-head matchups for the general election this early in the campaign cycle.

That said, we looked at the polling results a couple of different ways. One was the RealClearPolitics poll average, which averages the most recent polls. The other was the range of results since Feb. 1. Here’s a table summarizing the results:

What does this tell us? First, it confirms Kasich’s assertion that he beats Clinton "by more than anybody" still in the race. The average of recent polls shows that Kasich’s edge over Clinton is 7.4 points, which is larger than the leads over Clinton being posted by Rubio, Cruz or Trump. (In fact, on average, Trump actually loses to Clinton by 3.4 points.)

The one element of Kasich’s statement that isn’t entirely supported by the data is that he beats Clinton by 11 points. It’s true that in his strongest recent poll, Kasich defeated Clinton by 11 points -- it was a USA Today-Suffolk poll taken between Feb. 11 and Feb. 15. But emphasizing that one poll is a bit of cherry picking.

It also tells us that Rubio was correct that Trump does the worst against Clinton, as he loses to her by an average 3.4 percentage points in recent polls.

Kasich said that in head-to-head polls for the general election, "I beat Hillary Clinton by more than anybody, by 11 points."

The RealClearPolitics average of recent polls shows Kasich faring better against Clinton than Rubio, Cruz or Trump. But focusing on the 11-point margin in his best poll is a bit of cherry picking. 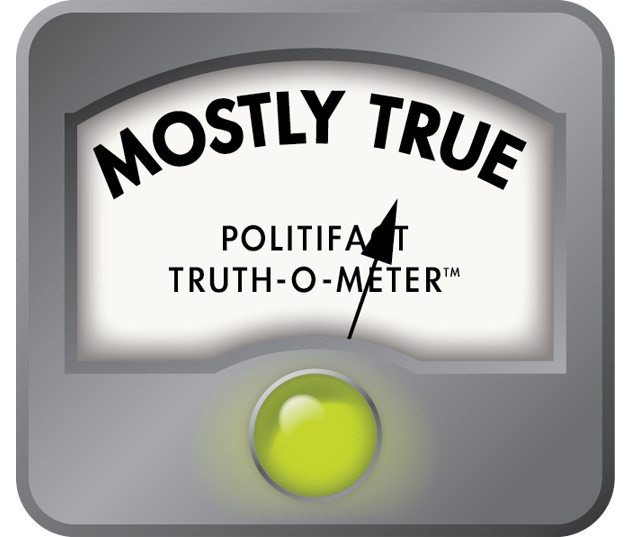 In head-to-head polls for the general election, "I beat Hillary Clinton by more than anybody, by 11 points."