Touting the Democratic presidential nominee, a Texas legislator said: "Hillary Clinton would provide all working families with relief from child-care costs, which in some states now exceed the average price tag for college tuition."

Clinton has said she’ll focus on ensuring quality child care for all in part by making sure no family has to devote more than 10 percent of its income to child care.

For the Truth-O-Meter’s sake, we wondered if child care costs exceed college tuition in some states.

When we inquired about Howard’s claim, Scott Daigle, her chief of staff, said by email she primarily drew on research posted online by the liberal Economic Policy Institute.

But Texas was one of 33 states where child care costs for an infant — which are usually higher than for older children — amounted to 118 percent of the state’s average public college in-state tuition. 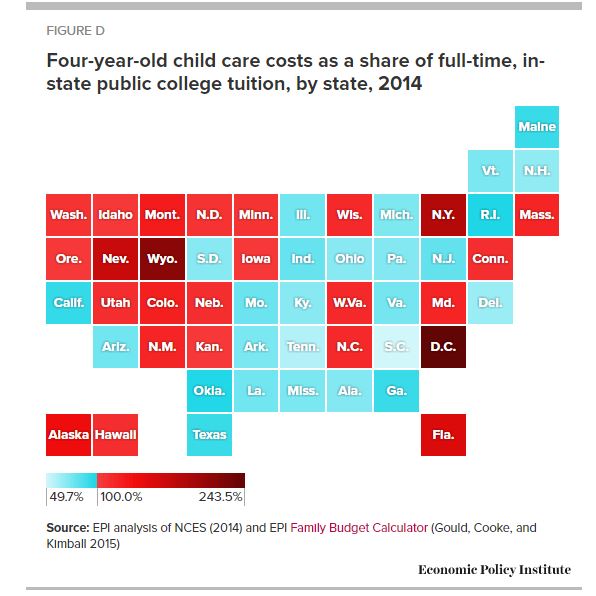 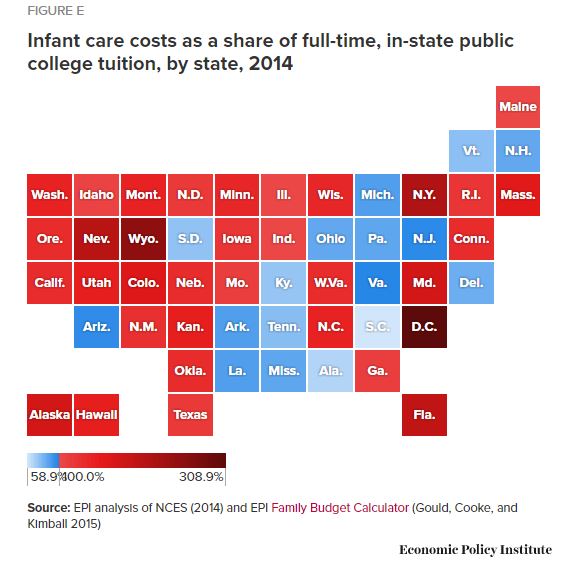 And where did this data originate?

The institute’s source for college costs was a March 2015 table from the National Center for Education Statistics showing average undergraduate in-state tuition and required fees for each state.

By phone, the institute’s Elise Gould told us the institute fetched its child care cost figures from the results of a 2014 survey by Child Care Aware for America, a national nonprofit that says it seeks child care policies improving the lives of children and families. The group says in its 2014 report that the survey relied on state and local Child Care Resource and Referral offices to provide 2013 cost data related to the average price of child care for infants and 4-year-old children "in legally operating child care centers and family child care homes." Six states including Texas didn’t deliver information, the report states, so the price of child care in those states was adjusted from prior years’ data.

We noticed that the group’s 2015 report states that its survey taken that year showed that in 2014, the average annual cost for an infant in center-based care was higher than a year’s tuition and fees at a four-year public college in 28 states, though not Texas--a conclusion that differs with the institute's findings.

"Even the annual average cost of care for a four-year-old in a center, which is less expensive than care for an infant, was higher than public college tuition and fees in 19 states," the report states, Texas narrowly not among them. Infant care at a Texas center averaged $8,759; child care for a four-year-old averaged $6,730; average in-state public college tuition in Texas was $8,830, the report says.

Gould said of Howard’s claim: "That seems true no matter how you measure it."

State surveys and federal college tuition data suggest this contrast held in 2014 for around 20 to 30 states. The count varies depending on whether you focus on what's levied to care for a toddler or more costly infant care.

We rate the statement True.

Table, "Average undergraduate tuition and fees and room and board rates charged for full-time students in degree-granting postsecondary institutions, by control and level of institution and state or jurisdiction: 2012-13 and 2013-14," National Center for Education Statistics, U.S. Department of Education, March 2015 (accessed Aug. 29, 2016)